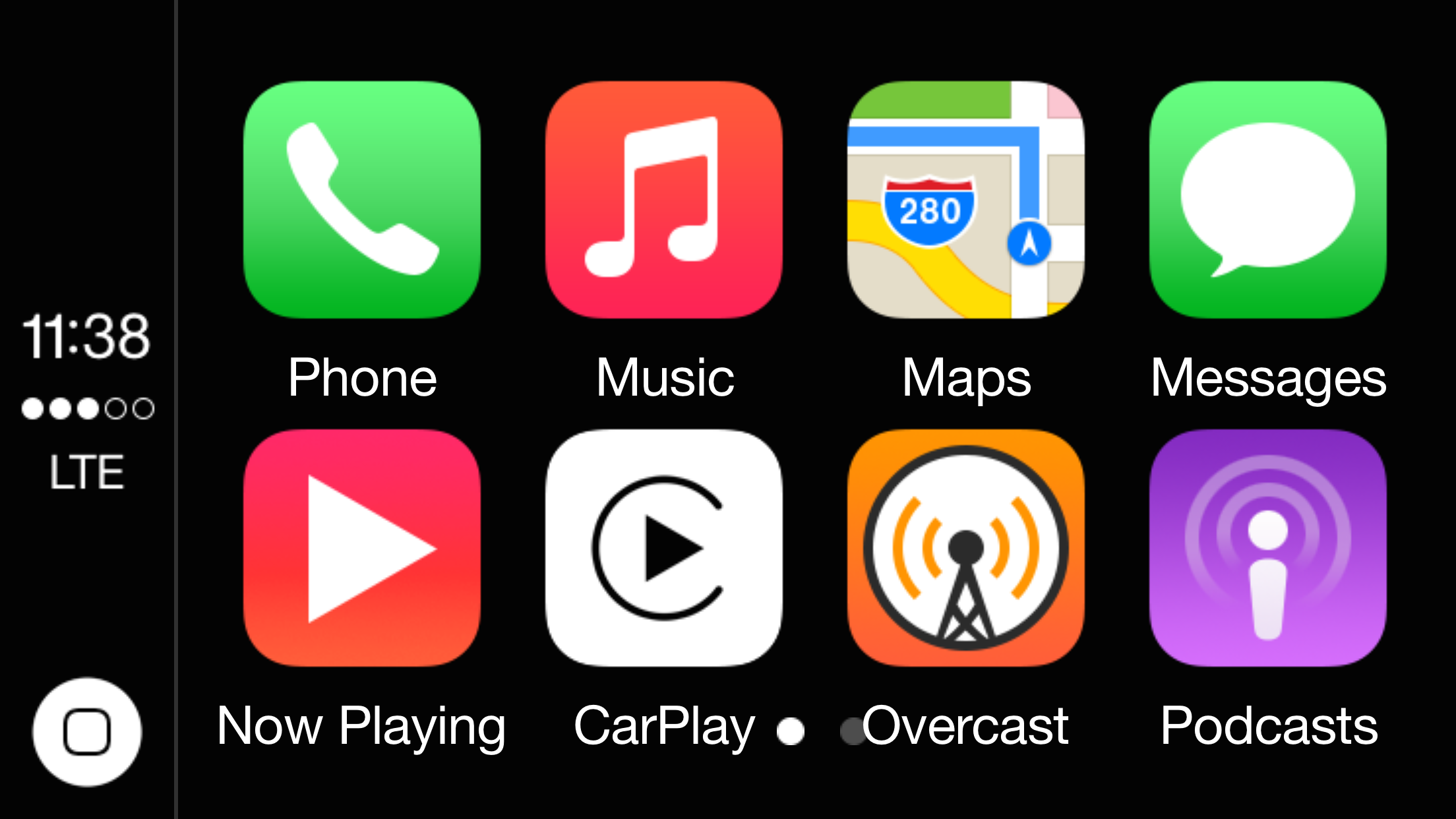 I’ve had the privilege of going hands-on with Adam Bell’s upcoming CarPlay Activator tweak for standalone iOS devices like the iPad and the iPhone. As we reported a few week’s ago, Bell, known for his work in the jailbreak community with tweaks like Stride, posted a video of an in-progress CarPlay port for the iPad. The thoughts of such a release immediately got my wheels turning, as I’m sure it has for many others. Watch our full 9 minute video walkthrough for a deeper look into what makes this upcoming CarPlay tweak so promising.

CarPlay is normally restricted to expensive third-party head units for motor vehicles. Its purpose is to make using iOS in the car more practical, safe, and at the same time lend a native feeling that iOS users are already comfortable with. Needless to say, CarPlay is infinitely superior to the head-unit technology and interfaces that most cars are restricted to.

CarPlay Activator looks and functions very much like the app that’s running on head-units like the Pioneer AVH-4000NEX. Upon installing the app, you’ll notice a dedicated CarPlay app icon on the Home screen.

Tapping the CarPlay app icon causes the iOS device to relaunch into CarPlay mode, it works much like a typical respring of the SpringBoard. Once it relaunches, you’ll be presented with a CarPlay splash screen, followed by the CarPlay interface.

The CarPlay interface runs in landscape mode, which makes sense since head units are typically displayed in that orientation. The screen features a black background with several large app icons that make them easy to interface with while behind the wheel of a vehicle.

The apps include Phone, Music, Maps, Messages, Now Playing, and Podcasts. There’s also a CarPlay app icon to relaunch back into the normal iOS Home screen. If you have the Overcast Podcast app installed, it too will appear in your list of apps; yes, the same goes for Spotify and Rdio! 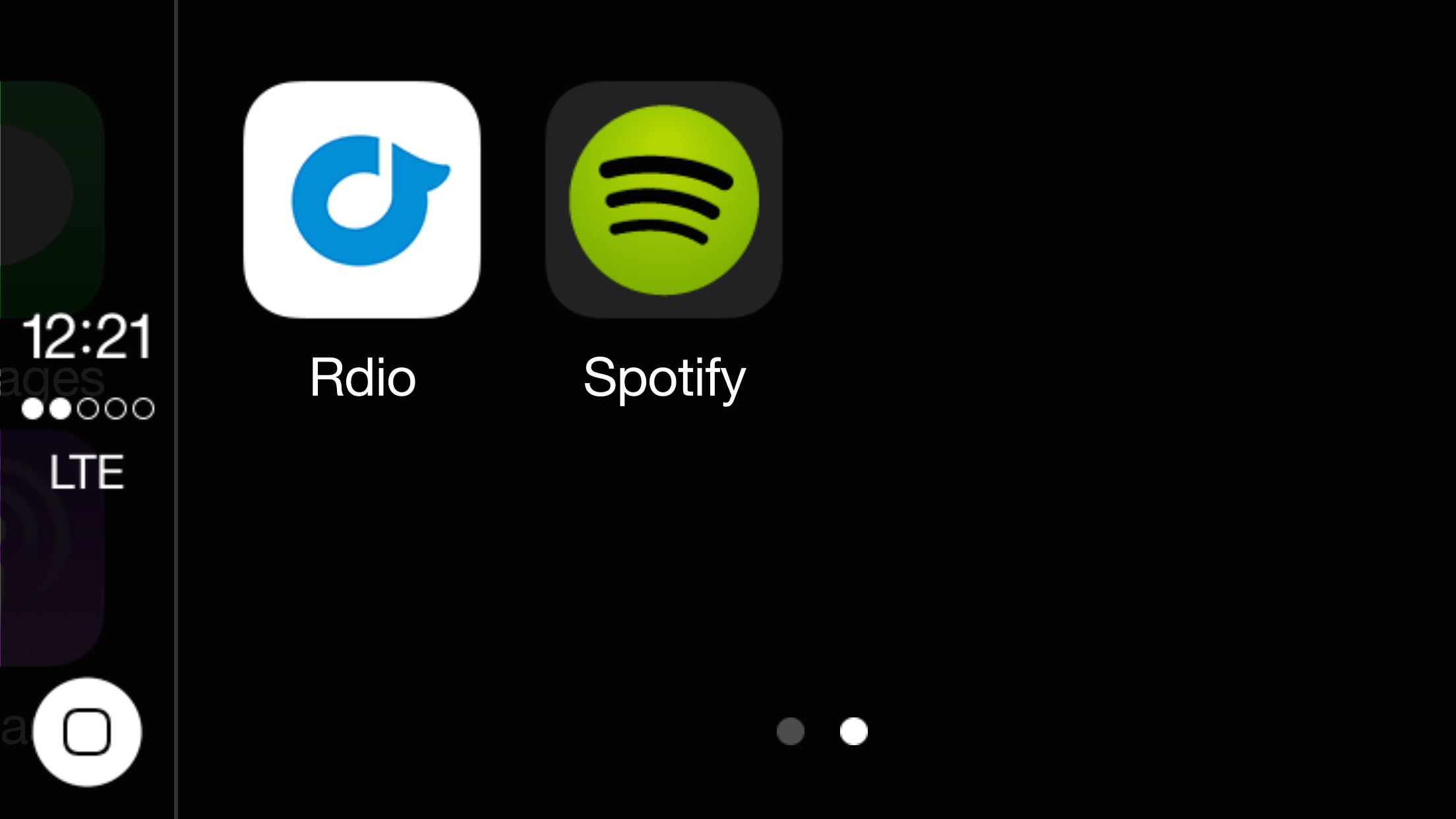 On the left-most side of the interface lies the current time, signal strength for radios, and a virtual Home button. The Home button can be used to get back to the main CarPlay screen, and it can also be held to invoke Siri.

The cool thing about CarPlay is that it limits the user’s ability to input text by hand. Much of the experience is coupled with Siri, meaning that you can’t actually read text from the Messages app or inset text via the keyboard. All of that is handled by voice dictation and Siri’s text-to-speech. The one exception to this rule is when inserting addresses into the Maps app. The CarPlay interface defaults to speech recognition, but you have the option of inserting a destination using a keyboard. 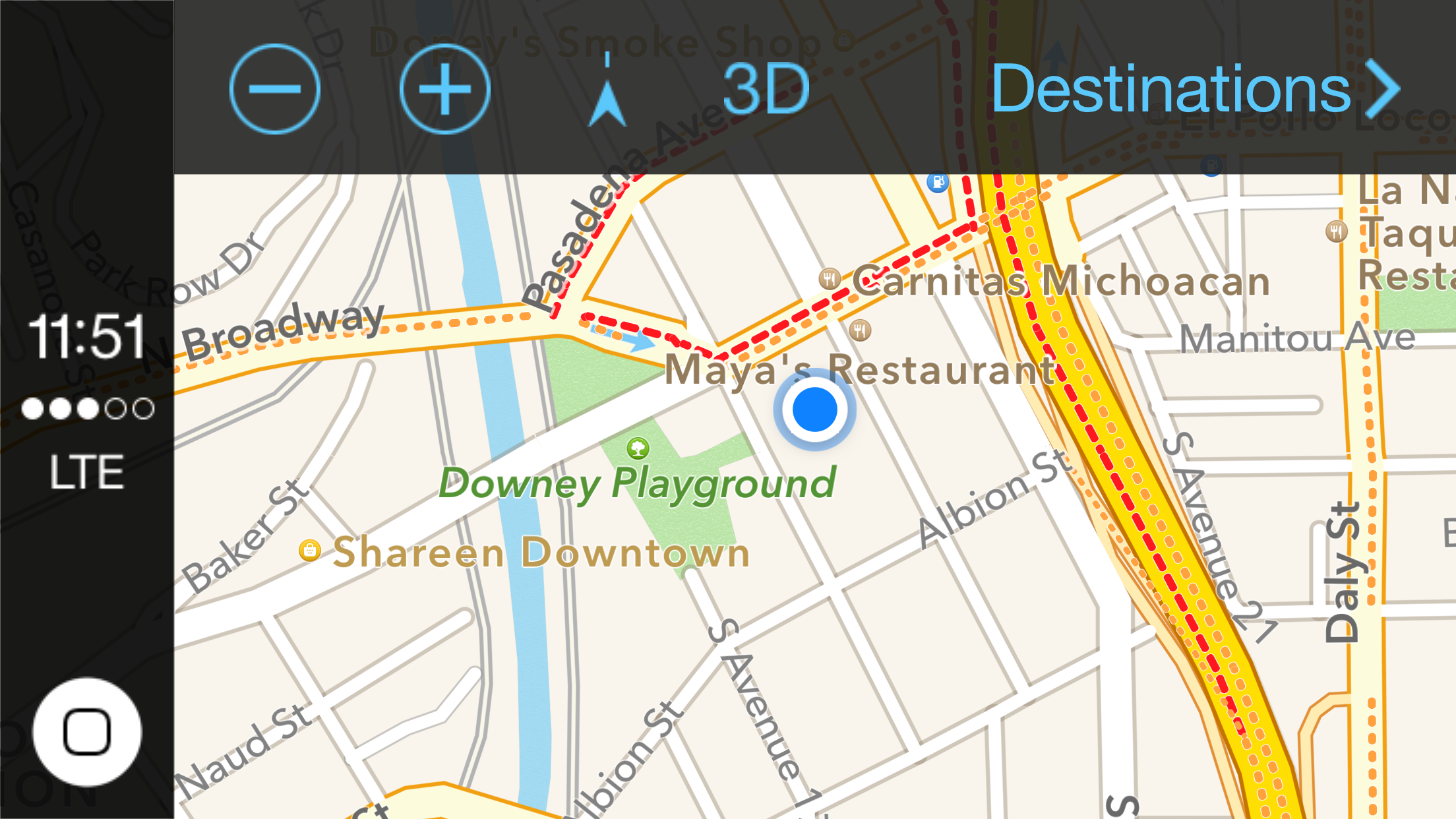 After playing around with CarPlay Activator, I can firmly assure you that this is going to be a big deal for those of us who would like to interface with our iPhone’s while driving. It has the potential to provide you with many of the benefits of a third-party head unit featuring CarPlay, without necessitating the need to spend $700+ dollars on a head-unit install.

With CarPlay Activator, you could (in theory) mount your iPhone or iPad, connect to your existing head-unit via Bluetooth or via a hardwired solution, and have at it. Obviously, Bluetooth would be preferred for the cleanest look, but if you were overly worried about clean lines, you’re probably interested in just shelling out the dough for a third-party head unit anyway. 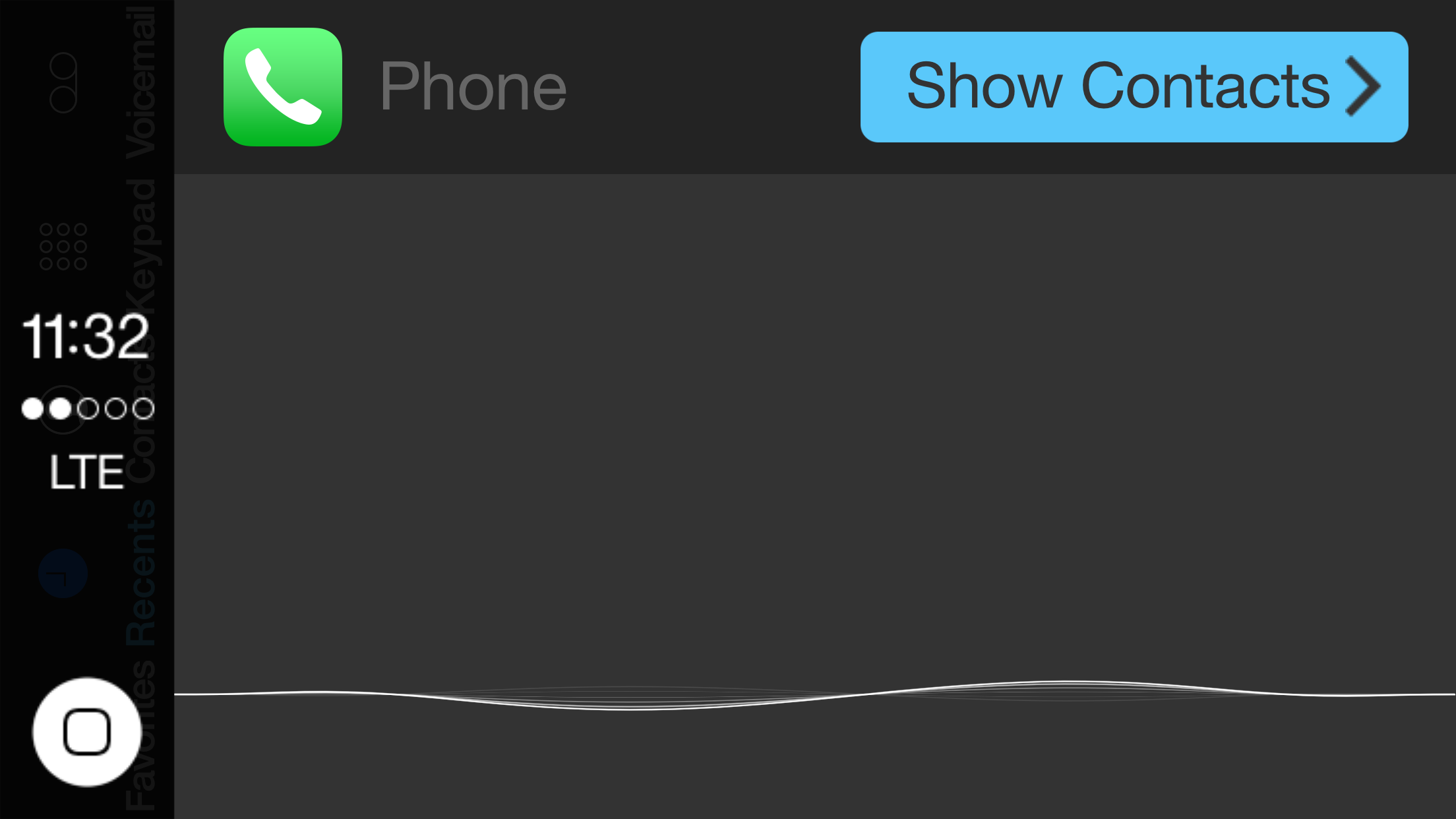 This CarPlay tweak isn’t perfect thus far, and still needs a little polish, but Adam assures me that he is working hard on getting that done. In fact, one of his primary motivating factors is that he wants to use such an interface himself in his own car. I’m not sure if there could be a greater motivating force than that, so the likelyhood that we will see a compelling release in the near future is pretty high if you ask me.

Bell’s implementation of CarPlay is not a standalone app that was built from scratch. Instead, it’s a tweak that takes Apple’s already existing CarPlay components built into iOS. In a traditional CarPlay setup, the car display is basically treated as an AirPlay device + touch screen. CarPlay Activator just makes the iOS device think that a secondary display is connected.

This CarPlay interface brings lot of benefits to the table that I can see. First and foremost, you’d no longer have to drop $700+ on a third-party head unit that features CarPlay support. And of course, that doesn’t include the headache of setting up installation appointments, running this risk of installers messing up your car’s interior, etc.

All you would need is a car mount, and a Bluetooth connection or even a hardwired connection to your car’s existing head unit so that you can pump sound through your car’s speakers. Obviously, the look wouldn’t be as clean as a professionally installed or factory installed head unit, but if done properly, it won’t look too distracting.

Of course, depending on how you look at it, there are many other benefits involved. You could go all out, and do as Adam plans to do, and perma-install a full sized iPad in the car in landscape mode. You also have the benefit of not having to use one of those terrible resistive touch screens that the majority of head units come with today. Then there’s the possibility that the jailbreak community could expedite CarPlay support for our favorite apps, perhaps giving us a leg up on the traditional CarPlay setup.

What do you think about having the CarPlay interface by means of a jailbreak tweak? Are you excited about this? I surely am. Sound off down below with any questions, and I’ll do my best to answer them given my hands-on time with the tweak.