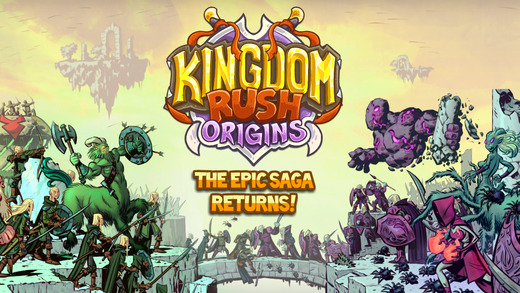 Once again, the player will be tasked with defending mystical lands from sea serpents, Gnoll tribes, enchanted creatures and twilight elves and commanding an arsenal of “unique towers, epic heroes and mighty powers that will help you crush your foes and save the world once again.”

If you’re into tower defense games, then Kingdom Rush Origins could be for you. Check out the game trailer below.

Download King Rush for the iPhone for $2.99 in the App Store.

Kingdom Rush Origins HD for the iPad is a separate $4.99 download.

The iPhone edition is a 157-megabyte download while the iPad version comes in at 332 megabytes. iOS 7.0 or later is required.