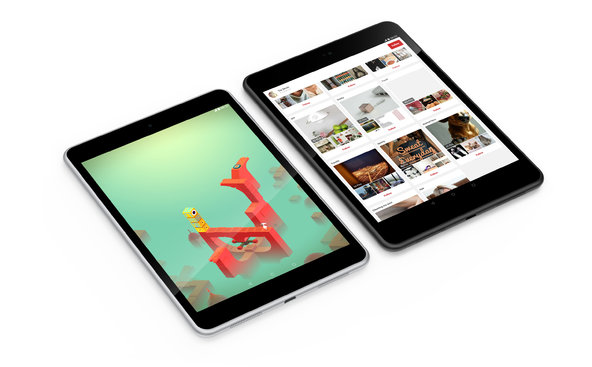 Nokia rejoined the world of consumer electronics on Monday, after selling its devices unit to Microsoft last year. The Finnish-based company announced the Nokia N1, an iPad mini-clone featuring a strikingly familiar 7.9-inch screen, 2048×1536 resolution, and aluminum design. The N1 will be released in China early next year for $250, undercutting the iPad mini prices heftily.

It’s almost scary how similar the Nokia N1 is to the iPad mini, matching the headphone, charging, speaker, and button placement perfectly. Even after doing big business with Microsoft, Nokia has opted for Android for its tablet brand. It has an 8-megapixel camera on the back and a 5-megapixel camera on the front, with 32GB of storage. It also features a USB Type-C socket – aka a reversible USB port.

As for rejoining the smartphone world, Nokia isn’t able to do so until 2016, under the terms of agreement with selling its device unit to Microsoft. Nokia hasn’t made it clear if the Nokia N1 will be a China-only product, or see a release worldwide.

What do you think: Is Nokia the next Samsung?