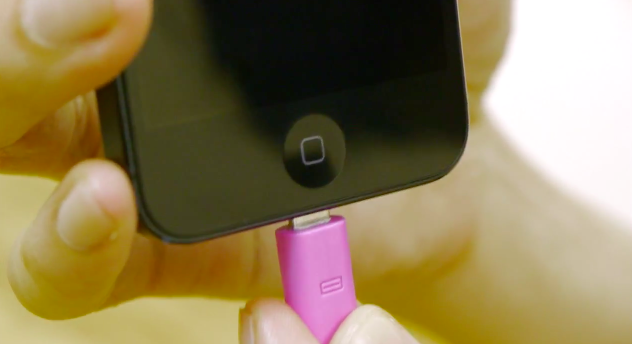 Apple during its MFi Summit that took place last week over the course of three days in Shenzhen, China told its ‘Made for iPhone’ (MFi) accessory vendors that it will be relaxing rules of the game.

Accessories such as iPhone docks and battery cases with a built-in Lightning port would benefit from using Apple’s proprietary I/O technology to provide power to both an accessory and the iOS device. The current implementation requires such accessories to provide an additional USB cable for charging.

“With a built-in Lightning port, users could use an existing Lightning cable (the one that came with their iOS device) to charge the accessory,” Kahn explained.

Apple is also working on a new Lightning connector that accessory makers say is “a slimmed down, low profile version” of the previous implementations. The slimmer connector can be used in a wide range of accessories from docks to form fitting cases.

In addition to power, the new Lightning receptacle will provide other features, resulting in slimmer accessories overall due to the smaller housing of the connector. Note that the pins of Lighting I/O didn’t change, only the connector’s housing has been shrunk down.

Both the new Lightning connector and receptacle are schedule to ship to accessory makers in early 2015, the report noted.

A slimmer Lightning connector sounds like a nice fit for Apple’s new MFi specifications which lets headphones connect to iOS devices over Lightning. Now headphone manufacturers could replace USB with Lightning and ditch a separate power supply because Lightning could feed the juice to headphones.