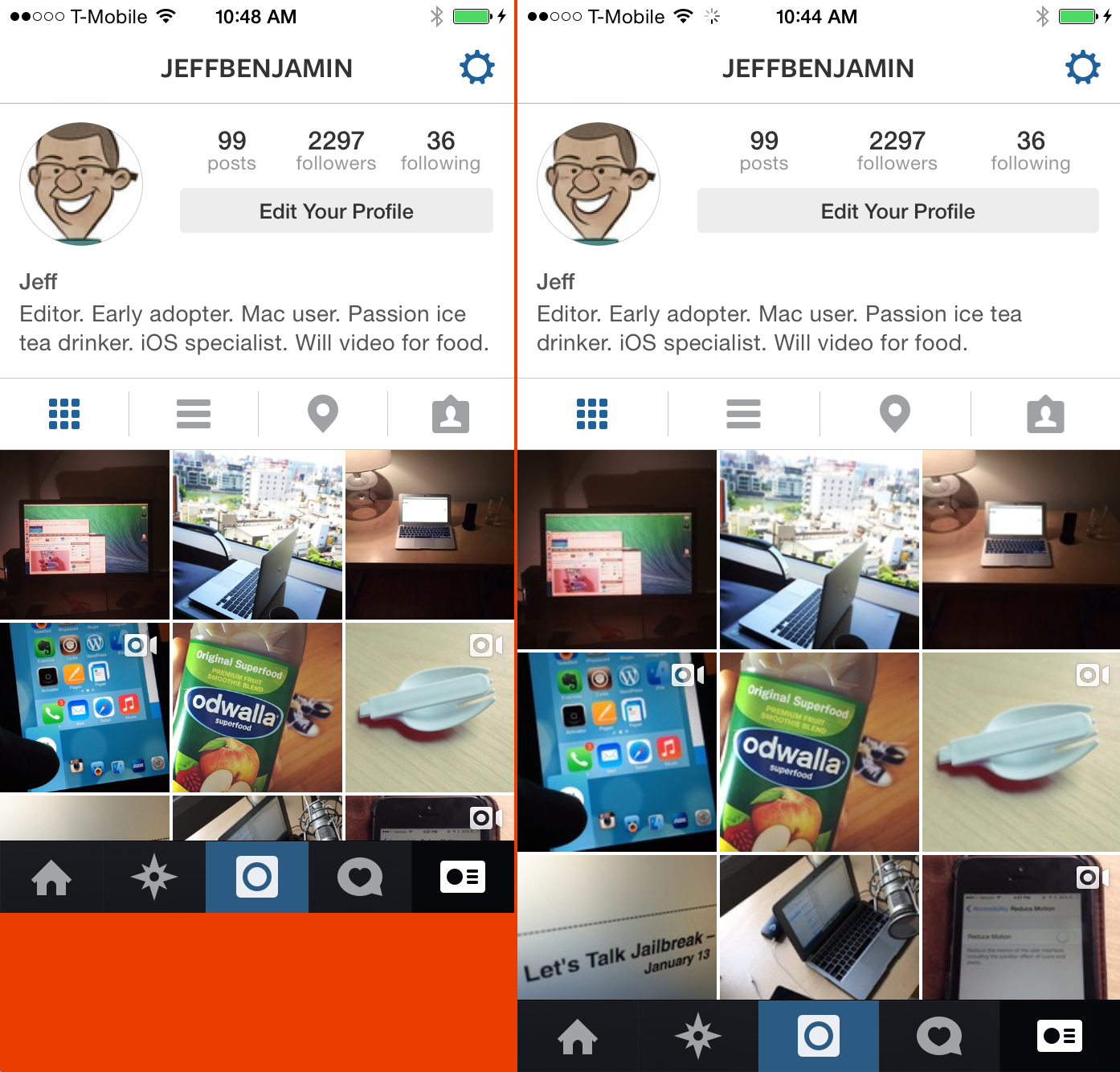 Upscale is a new jailbreak tweak that allows you to run higher resolutions on jailbroken iPhones. The tweak, which is currently in beta, features serval presets to choose from via its settings.

This tweak makes it possible to run the iPhone 6 or 6 Plus resolution on older devices like the iPhone 5 or iPhone 5s—devices with substantially less screen real estate. The result is an interface that features less than ideal tap-zones, but much more room to work with on screen.

Upscale is a compelling jailbreak tweak that everyone should at least investigate. First noted and discovered by developers cpdigitaldarkroom and coolstar, this is a tweak that will surely turn a lot of heads. Full details after the jump…

The iPhone 6 assets looked a lot more reasonable on the 4-inch iPhone 5s, so that’s what I decided to test with primarily. 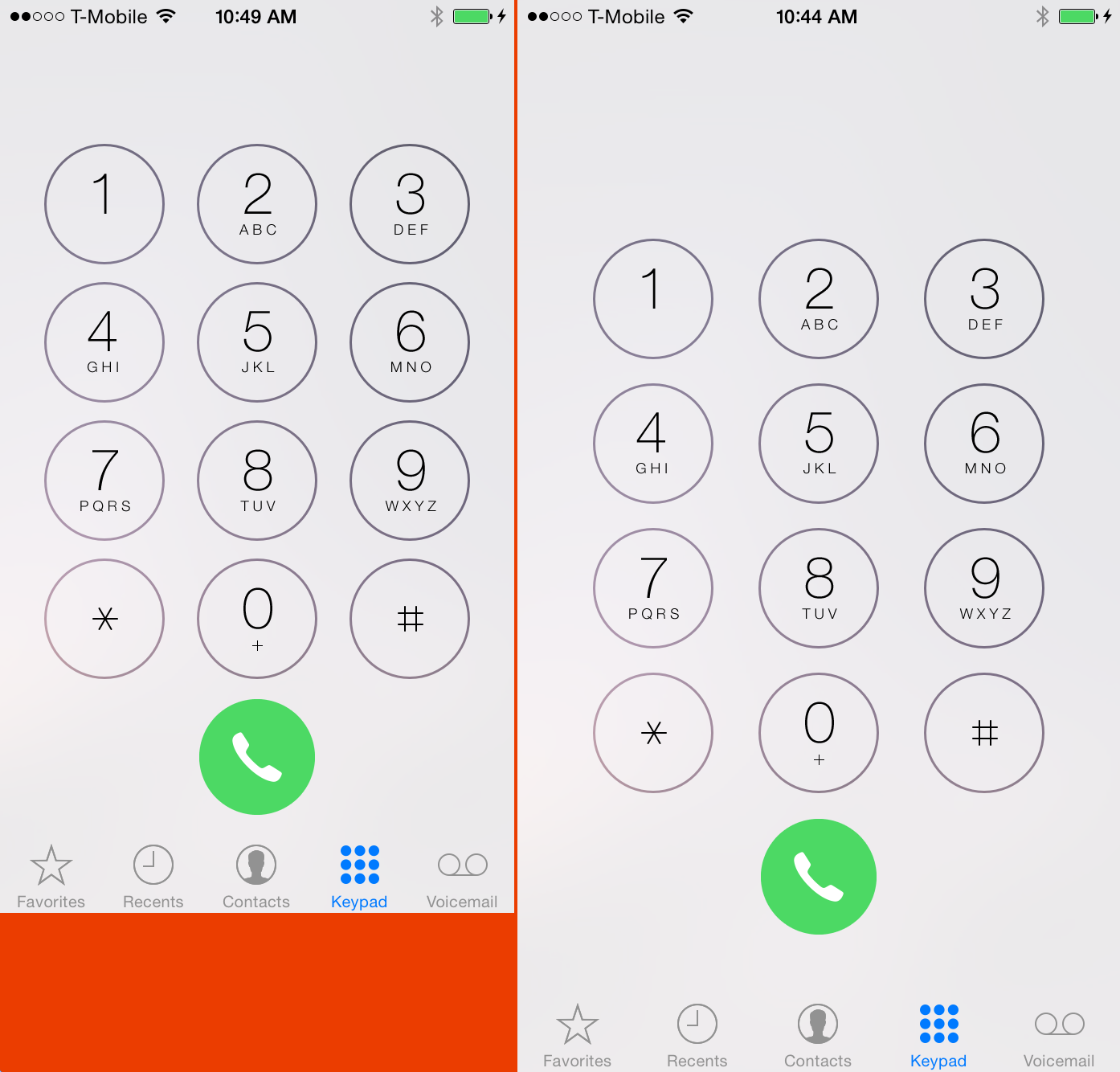 The result isn’t rocket science, but it is fairly fascinating that this is able to be done with relatively few negative side effects. Apps look good, the native UI looks decent, and for the most part, it just works.

After installing the Upscale package, venture into the Settings app and find its preference panel. There, you can select between three caned resolutions: the iPhone 5s/5, the iPhone 6, and the iPhone 6 Plus. 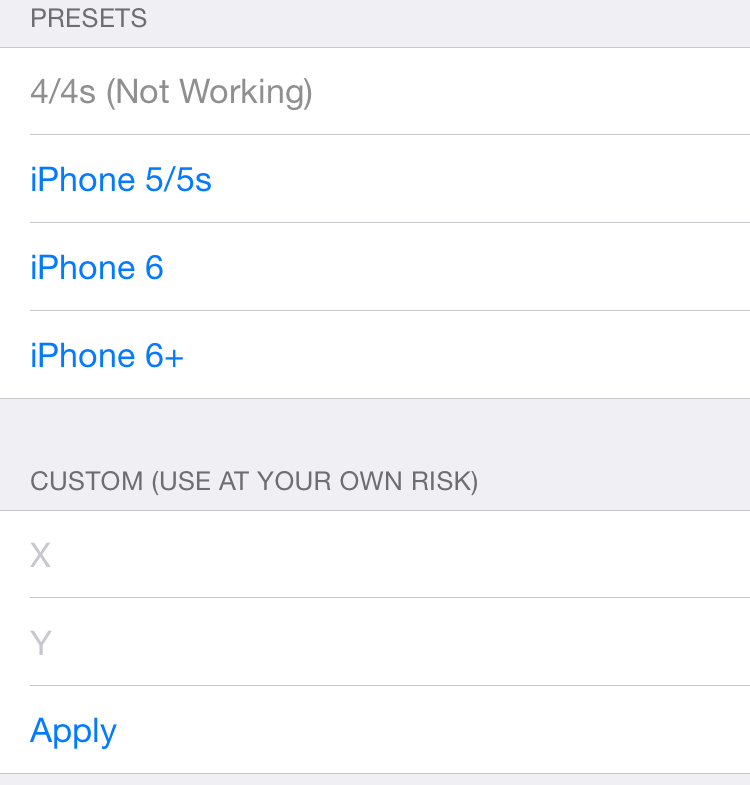 You can also decide to use your own custom resolution, but your mileage may heavily vary, and you may get stuck in Safe Mode if you choose the wrong combination. It’s best to just stick with the canned resolutions to be on the safe side. 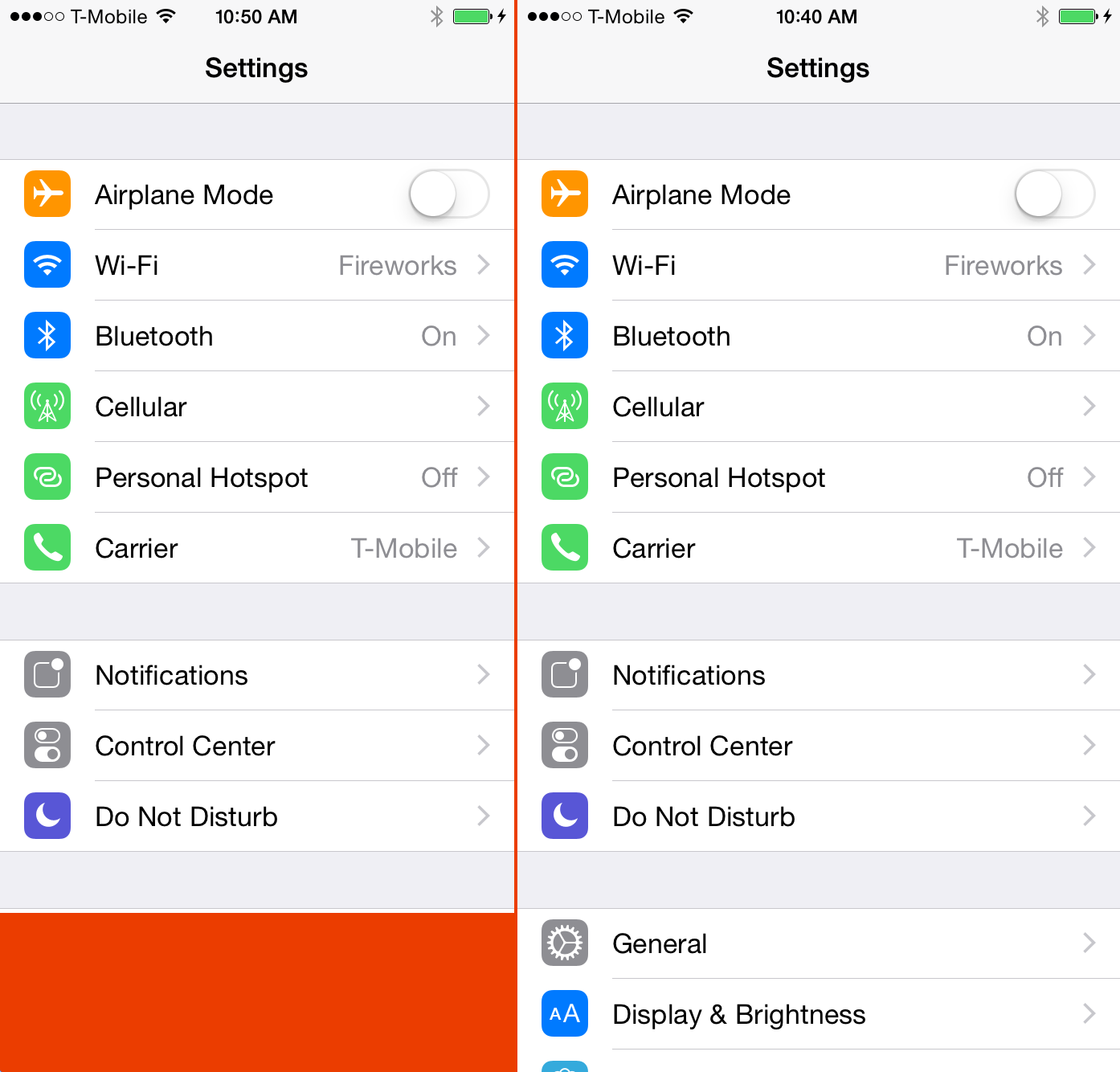 Once you select a resolution, your device will restring, and once it returns to the Home screen you’ll be in the resolution that you choose. It’s a very seamless process that pretty much just works. Again, I was very impressed.

Interestingly, it seems that enabling the 6 Plus’ resolution on my iPhone 5s resulted in automatic landscape mode on the Home screen. So it looks like this mode is based purely on resolution, and if there’s enough of it, it will auto-enable. You can read up more about this on the official Reddit thread. 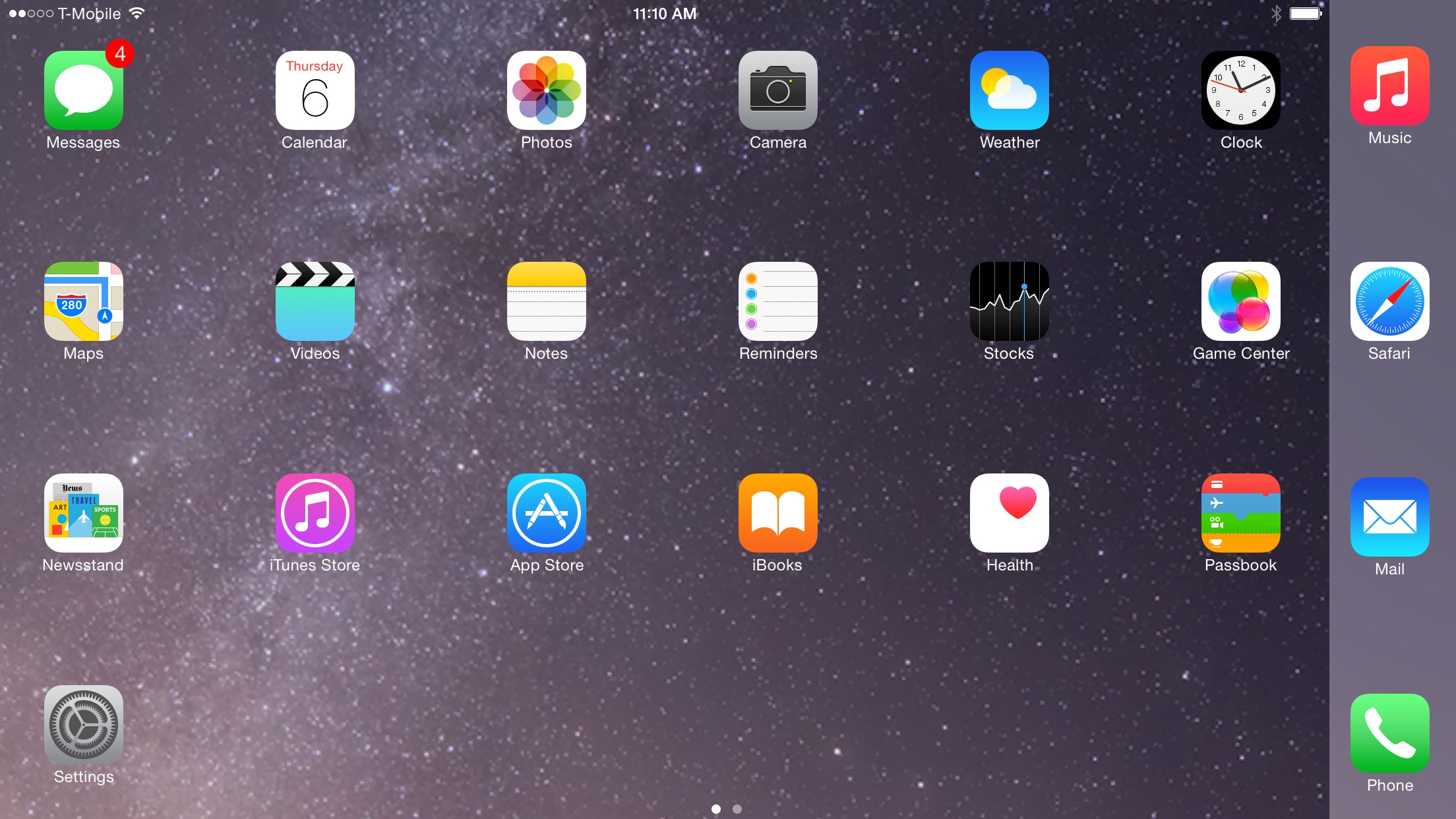 The iPhone 5s running in iPhone 6 Plus resolution.

In fact, going back to the native iPhone 5s resolution was hard to get used to after using it in iPhone 6 mode. Everything seemed cartoonishly big, and it’s going to take me a while to get my mind to adjust to the normal look of the iPhone 5s.

Who knows, maybe I’ll keep using it from now on? What about you. Will you use it?