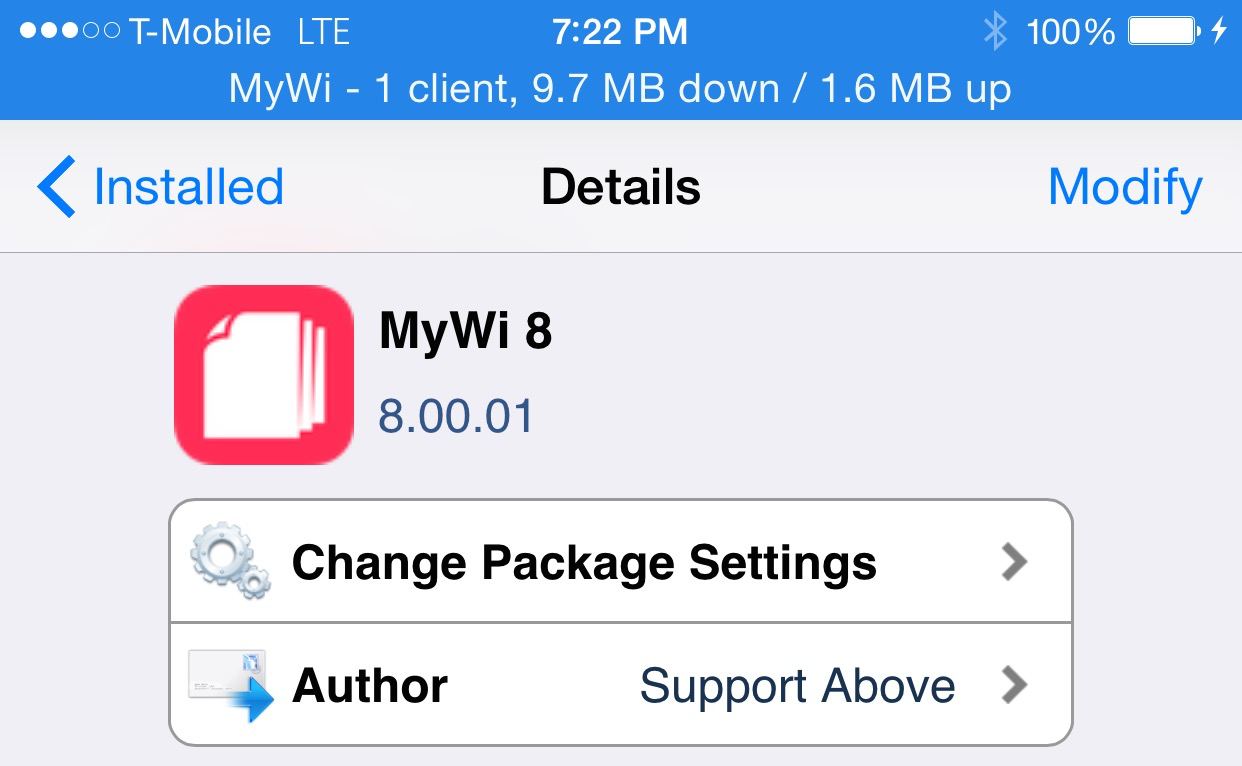 Intelliborn’s MyWi, the landmark tethering tool for jailbroken iOS devices, has been updated for iOS 8 in the form of a public beta. The update, which is now available on Cydia, brings enhanced tethering capability to iOS devices.

Some may argue against using a tool like MyWi since iOS 8 makes it even easier to connect to hotspot-enabled iPhones and iPads. But MyWi has a definite one-up on stock tethering due to the amount of options and stats that it presents to the user. Have a look inside for the full change log and a rundown of some of the tweak’s more compelling features. 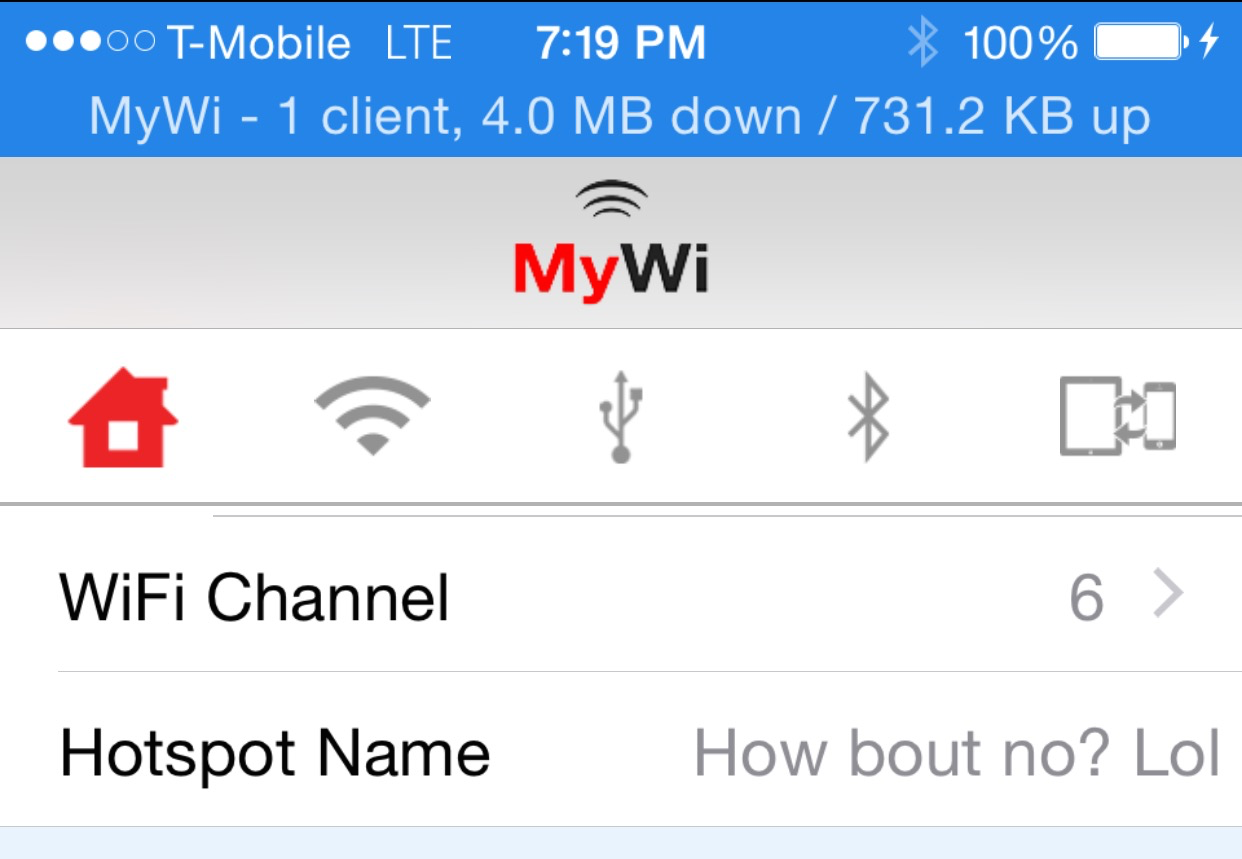 But Intelliborn was generous enough to let MyWi owners use the app in some fashion as it’s being worked on. They could have very well decided to wait until the entire app was finished, but I’m glad the decided otherwise. I’ve tested out MyWi 8 myself, and I’m glad they’ve decided to go ahead with the public beta. In fact, I’m in Starbucks right now tethering courtesy of MyWi 8. 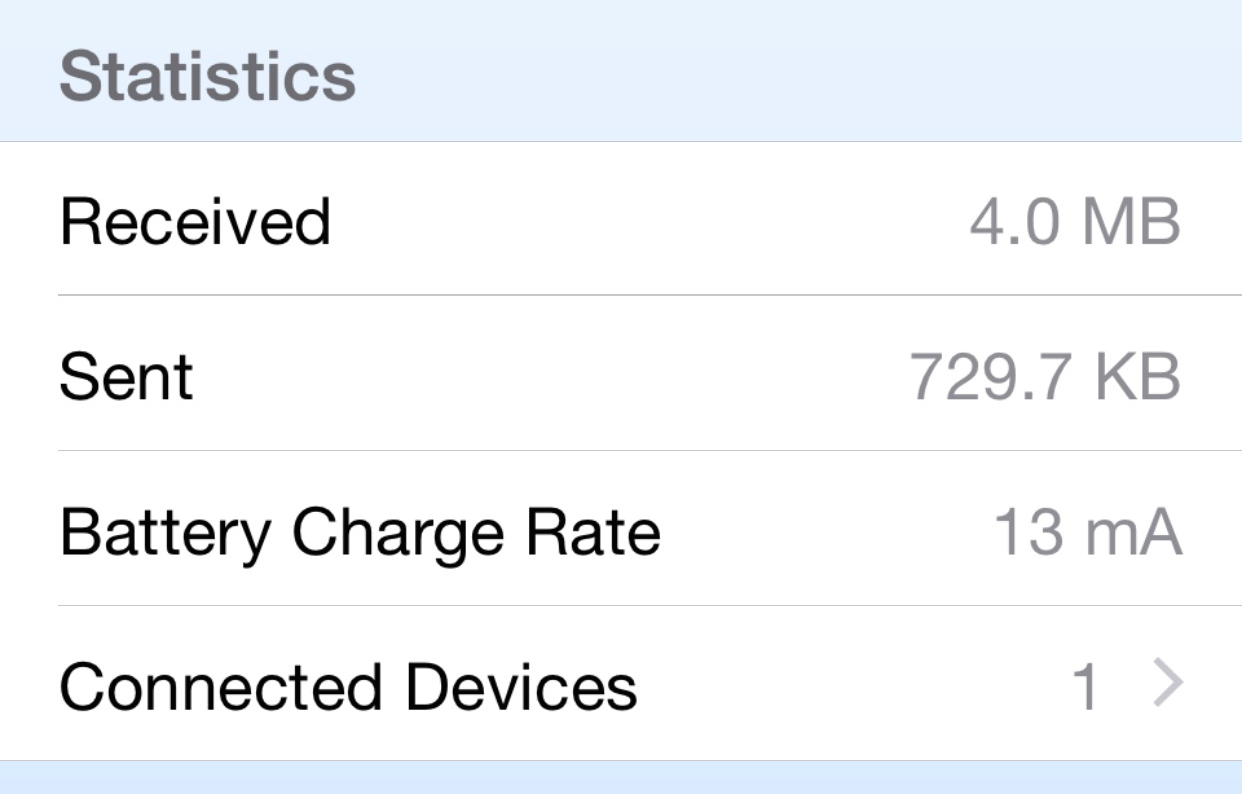 Even though I’ve been a pretty big proponent of OS X Yosemite’s and iOS 8’s new Instant Hotspot feature, the amount of settings and statistics that you get with the built-in tethering pales in comparison to MyWi. With MyWi you can configure your Wi-Fi channel, see your sent/received statistics, battery usage caused by tethering, and a breakdown of each connected device. You can even change your DHCP settings to change the type of IP address range that’s distributed from your device. It’s much deeper than anything Apple offers, and for that reason, seasoned users may prefer MyWi.

We’ll keep you updated on the status of MyWi as it progresses from beta to its final build. In the meantime, head over to Cydia to download the beta version now. The full package will be 19.99 for new users, but it comes with a free trial. Previous MyWi 6/7 users get the update free of charge.

What do you think about MyWi?