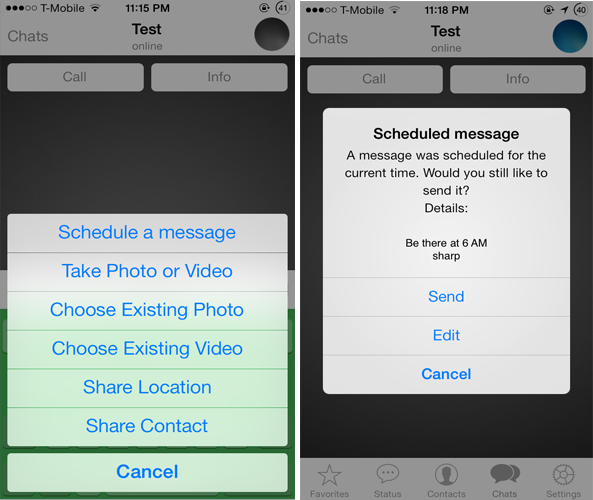 Five days after Facebook announced its $16 billion acquisition of WhatsApp in February of this year, the world’s most popular messaging platform announced plans to enable voice calling in the first half of this year.

The summer came and went and here we are well into the third quarter of 2014 and now WhatsApp is saying that the planned release has been pushed back.

Citing a series of technical challenges, WhatsApp CEO Jan Koum said during his presentation at the Code/Mobile conference this week that the VoIP calling service will make its debut in WhatsApp mobile apps in the first quarter of 2015.

Among the reasons cited for the delay, the CEO mentioned the fact that WhatsApp lacks access to some phone microphones, which makes noise cancellation more difficult.

Koum is also concerned about WhatsApp users in emerging markets who are still using sluggish EDGE data networks that lack the throughput required by Voice over IP services (VoIP).

WhatsApp currently enjoys more than 600 million monthly active users, but Koum is not concerned about monetization. The company apparently “has no real immediate plans to make money at WhatsApp” nor does it wish to bring advertising into its app down the road, Re/code noted.

The service generated only $10 million in revenue in 2013 based on user subscriptions. Its owner, Facebook, isn’t concerned either.

Mark Zuckerberg said on numerous occasions that revenue won’t be a priority for WhatsApp for the next few years because “products aren’t really interesting as a business until they have a billion people using them”.

WhatsApp is a free download in the App Store.