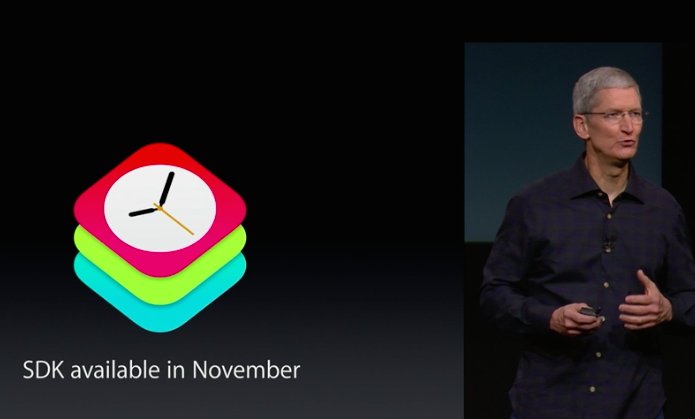 Developers, get ready! Apple’s software developer kit for the Apple Watch, aptly dubbed WatchKit, will be available next month in November. Already, developers from Starwood, BMW, and others have worked with Apple to create apps specifically for the Apple Watch. What type of Apple Watch apps will we see? It seems that the sky is the limit.

The WatchKit SDK, which stands for Software Developer Kit, will presumably allow developers to create unique apps that are much akin to the variety of apps that you can find on the iPhone.

The details are quite slim on WatchKit, but we do know for sure that it’ll be available for download next month. This will give developers at least a couple of months lead-time to create apps that will be available for the Apple Watch launch, which is scheduled for early 2015.

What type of apps would you like to see developers create with WatchKit?