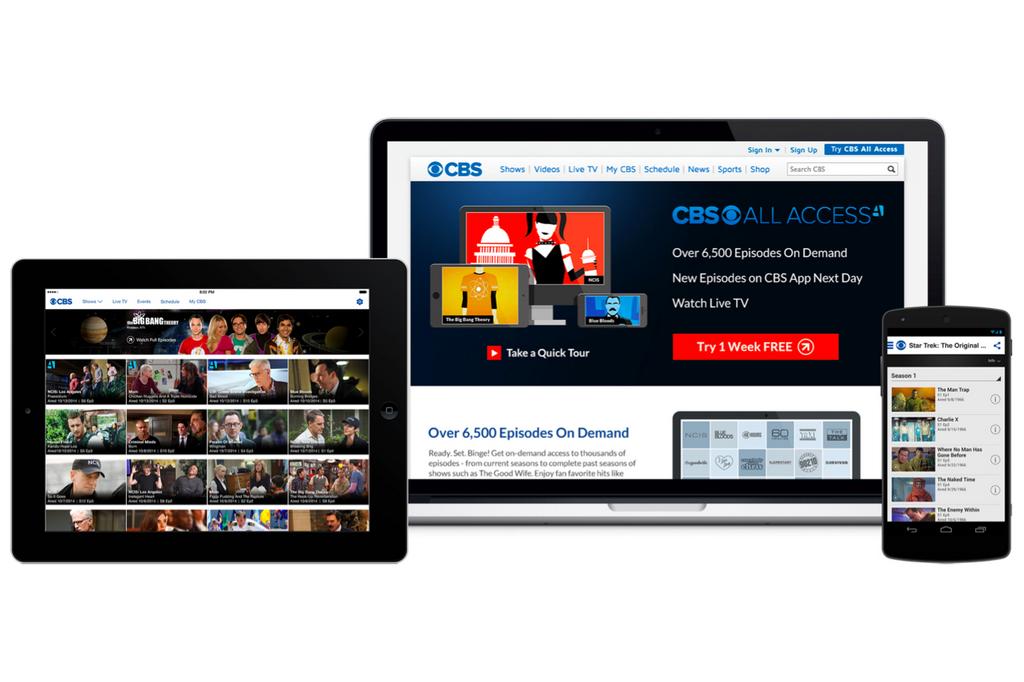 Just ahead of Apple’s keynote (see our roundup) and less than 24 hours after HBO said it would finally start offering online-only video subscription service in 2015, the world’s second largest major network, CBS, has now appeased cord-cutters by announcing immediately availability of a new on-demand video service priced at $6 per month.

Fourteen cities in the United States can now stream their local CBS stations and watch the network’s new shows as they air for the first time. NFL games, however, won’t be available on the new service, CBS All Access.

Included in the offering are new episodes of hits shows like The Good Wife, over five thousand episodes of classics series such as Star Trek and Twin Peaks with commercials, past seasons of CBS’s current shows like Survivor and much more.

Episodes of new shows will be available for streaming 24 hours after they’ve aired on television. All Access is available through CBS’s mobile apps for iOS and Android, said the broadcaster.

As for the NFL, the America’s “most-watched network” is currently negotiating with The National Football League making NFL games available for on-demand streaming to All Access subscribers, the New York Times reported. CBS CEO Les Moonves told the paper that Showtime, another CBS property, may introduce a similar online-only subscription in the “not too distant future”. 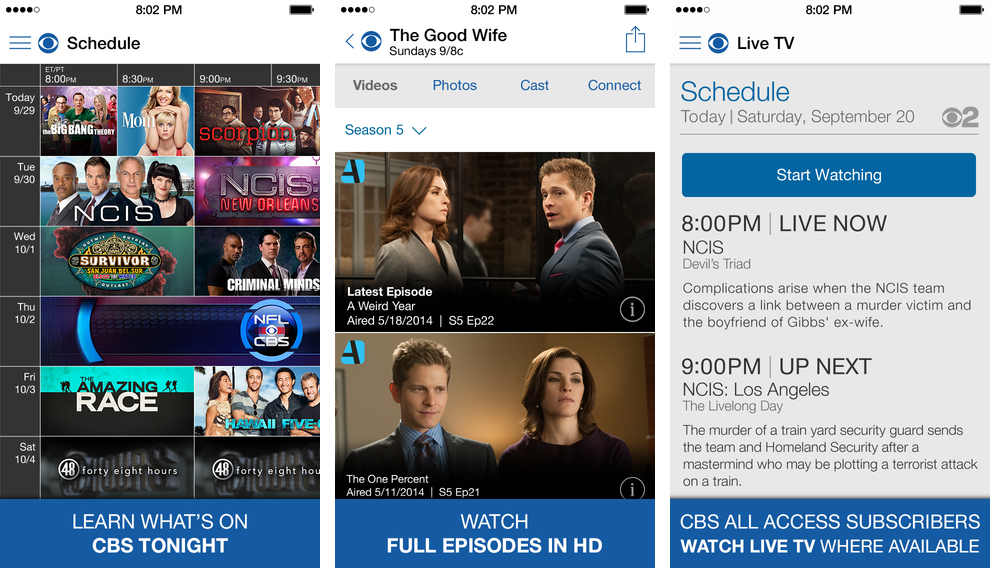 It’s great that major networks have begun to change their stance on online-only subscriptions. First HBO and now CBS. If another major broadcaster (ABC, I’m looking at you) responds with a similar service of their own, we may finally be able to enjoy live television programming on our computers and mobile devices without having to pay a ridiculous $100+ cable bill.

Offering to let you pay $5.99 a month for shows you can get for free is just why TV has done so well in the digital age.

Worth keeping in mind: CBS is an over-the-air channel, not cable-only.

I’m wondering if today’s development is in any way related to Apple’s iPad/Mac event, which kicks off in less than three hours (a CBS channel for the Apple TV would be nice). For what it’s worth, CBS back in August 2012 said it was basically open to an Apple TV content deal.