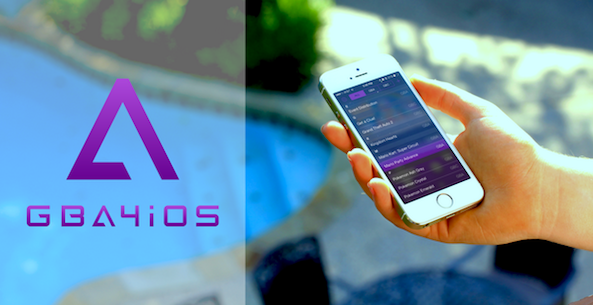 GBA4iOS developer, Riley Testut, has posted an enlightening entry on his personal blog about the history of GBA4iOS. It delves into its humble beginnings up to its current status as a lame duck emulator waiting to be largely phased out post iOS 8.1.

Testut’s post is a fascinating read that explains not only the history of the uber-popular GameBoy Advanced emulator, but it also sheds some much-needed light on how the emulator was ever able to work on non-jailbroken devices in the first place. I highly recommend reading it.

How did GBA4iOS—a jailbreak emulator—get to work on non-jailbroken devices? Testut explains (emphasis mine):

That is where GBA4iOS comes in, and why it found so much success despite not being the first (or even necessarily the best) Game Boy Advance emulator for iOS: it was a jailbreak app, but for non-jailbroken devices. But how was this possible? After all, Apple is notorious for locking down their platforms in order to ensure a consistent, safe environment for their users, so how is it that an app like GBA4iOS could be installed on anyone’s device – jailbroken or not – without breaking Apple’s rules?

The short answer is simple: it can’t. We broke the rules.

On the discovery of the “date-trick”:

If there’s one thing you can count on, it’s that people who want to play Game Boy games on their phones will try almost anything to accomplish this goal. And sure enough, one crazy enough idea turned out to work, and that trick is why I’m writing this blog post today. Colloquially referred to as the “Date Trick”, it was discovered that by setting the date of the device back a day, certain security checks in launching GBA4iOS would fail, and allow it to be installed. It seemed like such a crazy idea, but it worked, and that’s all that mattered.

On the status of GBA4iOS, and any other apps that require the date trick to work post iOS 8.1:

As of iOS 8.1, you will no longer be able to download GBA4iOS, or any other apps which require the Date Trick to be installed. Any attempts to will result in the app downloading, but failing to install due to iOS recognizing the invalid certificate. Similarly, and perhaps most unfortunately, already installed apps that require the Date Trick to work will no longer open even if you do set the date back. If you are running iOS 8.1, you will be unable to install or play GBA4iOS.

I won’t spoil all of the goodies. It’s a really good read, and helps one to understand how a jailbreak app like GBA4iOS ever saw the light of day on “legitimate” iPhones and iPads to begin with.

Despite how sad it is to be without GBA4iOS and other emulators, there’s a somewhat bigger issue at hand. The axing of the date trick, more ominously, kills the method that was used by the Pangu jailbreak team. As you all know, the latest Pangu jailbreak incorporated the date-trick in order to run. Now that Apple has eliminated the ability to do this in iOS 8.1+, the team behind Pangu will have to come up with another way to get their code to run on iOS 8. Can they do it? It remains to be seen.