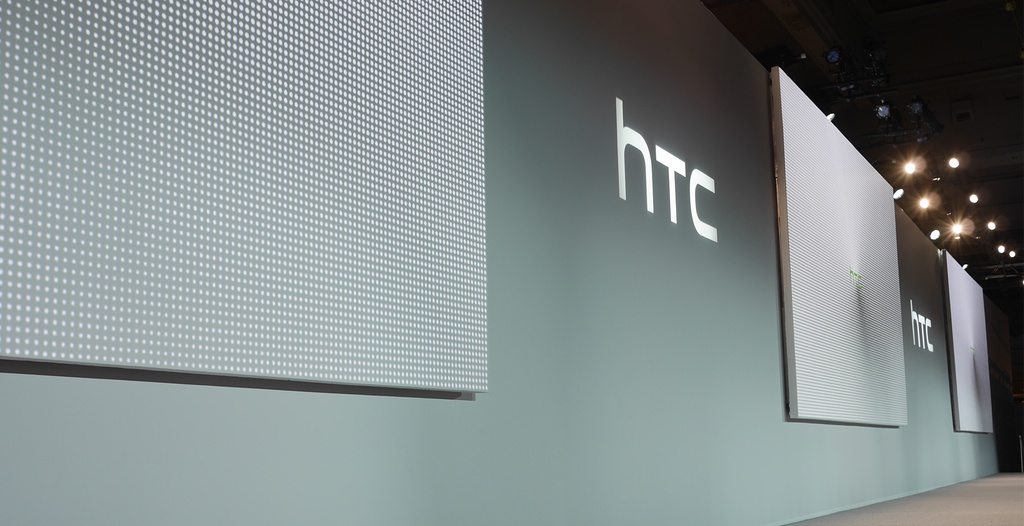 More than anything, however, the Desire Eye is aimed at improving the quality of users’ selfies by putting a powerful 13-megapixel sensor on both the front and back side.

That’s right, you get dual-color LED flash and wide angle lenses on each side. As a bonus, the Android-driven device is water and dust proof.

“This even is about imaging, but more importantly about reimagining HTC,” CEO Peter Chou said as he walked up the stage kicking off the conference.

“The smartphone, which HTC helped define, has emerged as this generation’s most influential piece of technology,” he then said before taking the wraps off the HTC Desire Eye with a little help from Jonah Becker, HTC’s Vice President of Industrial Design. 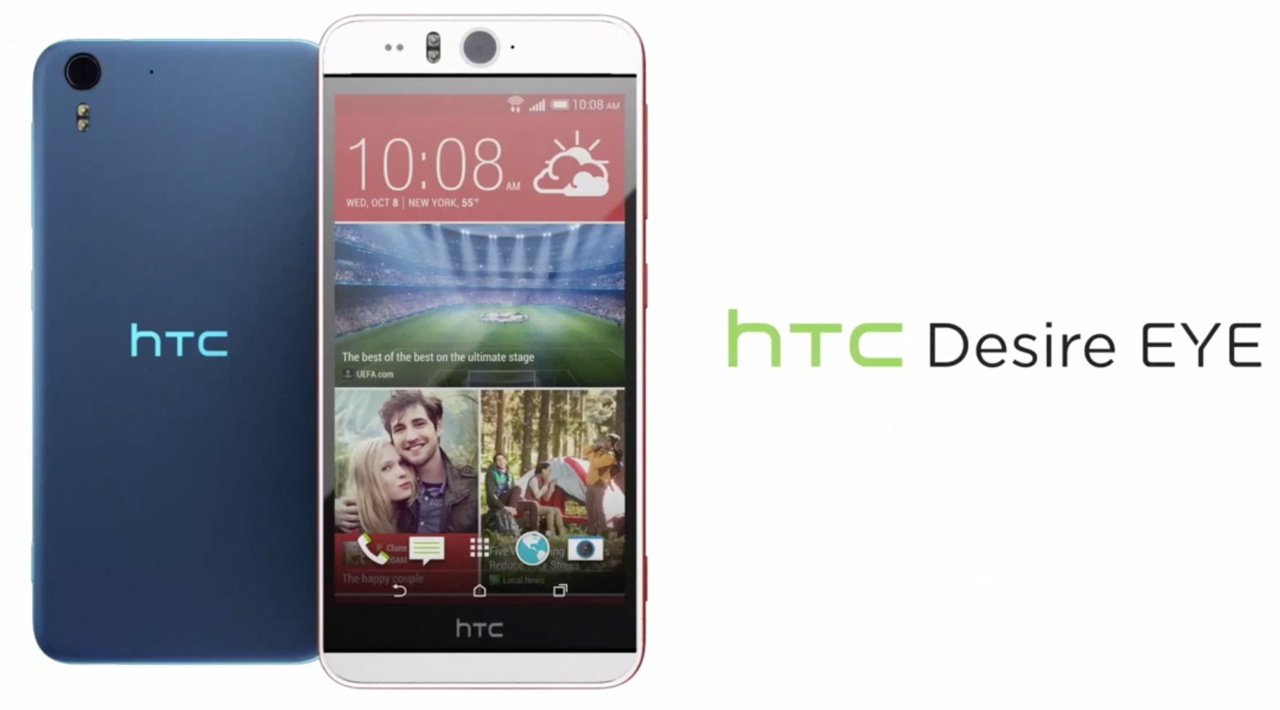 Designed to give users “delightful ways” to create and share photos and videos, the device is big on cameras.

Unlike traditional smartphones (the iPhone included) that have powerful back shooters but subpar ones out the front, the Desire Eye makes no compromises: both sides of the device feature a 13-megapixel sensor with wide angle lenses and flash – that’s two flashes and two 13-megapixel sensors in a single device.

Featuring the unibody aluminum design reminiscent of the HTC One (M8), the phone takes advantage of Face Fusion software technology that originally launched as part of the Desire 820. In a nutshell, Face Fusion combines the photos of two people allowing you to blend their features.

Next, the new double cameras can be used to shoot both front and back images simultaneously. You can then later combine the two shots into a single side-by-side image for sharing on social media.

As if that wasn’t enough, the camera software makes it easy to crop out everything but yourself from the shot and overlay it on the image from the back. 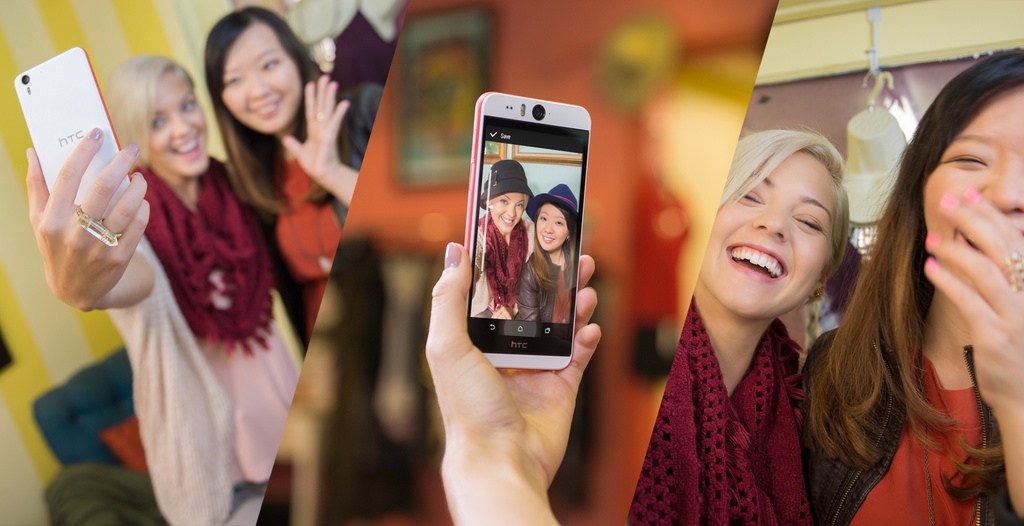 All told, the cameras are packed to the gills with other interesting features, such as Auto-Selfie, Split Capture, Face Tracking and more.

“With Auto-Selfie, your only focus is looking good,” Chou quipped. Auto-Selfie mode requires the phone to be held steady for a couple seconds. Voice commands (“Say Cheese”, “Action” and more) allow you to take a photo or start recording video using your voice.

Also cool: Face Tracking which can track up to four different faces during video chats and digitally zoom and crop them so that they’re positioned best on the display. Supporting apps like Skype and even allowing you to share your screen with others, this software feature should be quite handy for family and conference chats.

The new camera software suite is called Eye Experience and it’s going to be available to current users with an automatic upgrade “within a month,” confirmed the firm.

HTC’s President of North Asia Jack Tong also confirmed the Nexus 9, the company’s new “commitment” to tablets. The Nexus 9 is due in Taiwan sometime by the end of 2014, with other markets following in the weeks and months ahead.

And here’s a hands-on video by SlashGear, which opined that the device’s “plentiful megapixels didn’t translate into a clear advantage in image quality”.

The HTC Desire Eye is dust proof and IPS7 water resistant, meaning you can submerge it in one meter of water for up to thirty minutes. 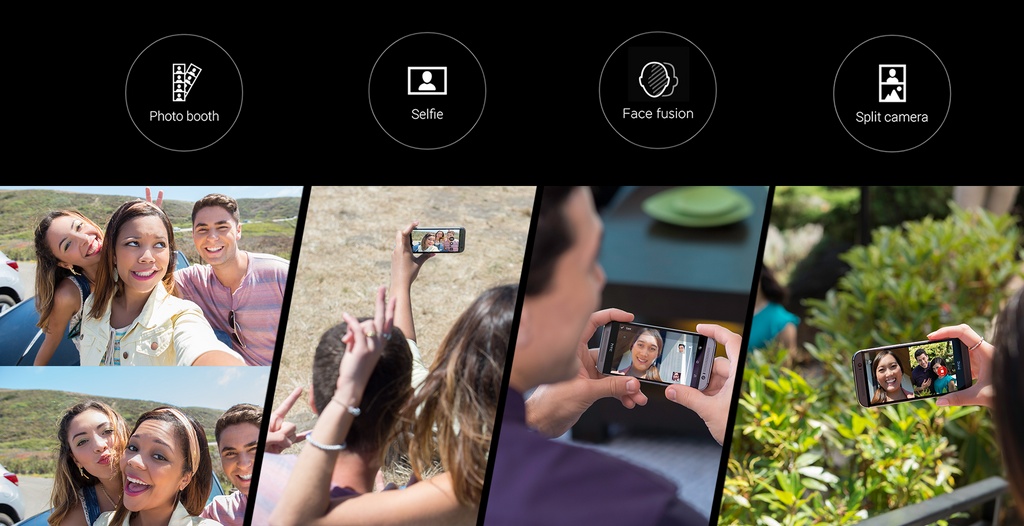 But the company didn’t stop there.

Enter RE, a (pointless?) Wi-Fi camera shaped as a curved tube 96.7 mm tall and 26.5 mm in diameter. It has a custom 146 degree wide angle lens, a 16-megapixel sensor with image stabilization technology and features full HD video recording and automatic clip curation.

Best of all, the HTC RE is compatible with both Android and the iPhone via the new Zoe app, available for Android now and coming to iOS later this year. 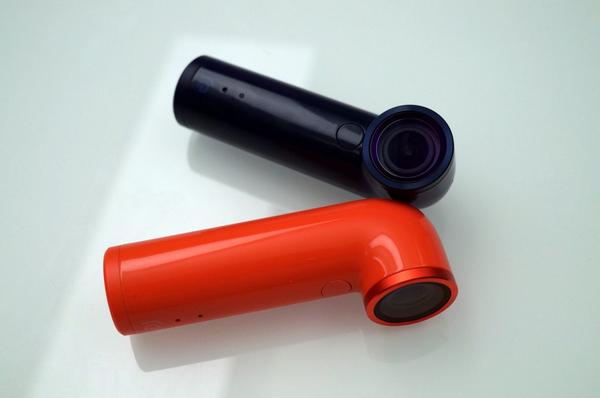 The water and dust proof wireless camera which resembles a little periscope basically lets you shoot photos and videos without a viewfinder and stream everything to a phone for viewing, editing and sharing.

Check it out in action.

“Along with regular stills and 1080/30p video, there’s support for 720p 4x slow-motion footage capture, and time-lapse video,” SlashGear opined in their HTC RE hands-on. “Audio capture gets a single HD microphone, and there’s a speaker built-in too”.

The HTC RE will go on sale in the US later this month, priced at around $199.99. It will be available in Teal, Orange, Navy Blue and White. If you’re interested, the while and orange models are available for pre-order now.

You can stream HTC’s media event in its entirety on YouTube.

What do you think of these new HTC products?