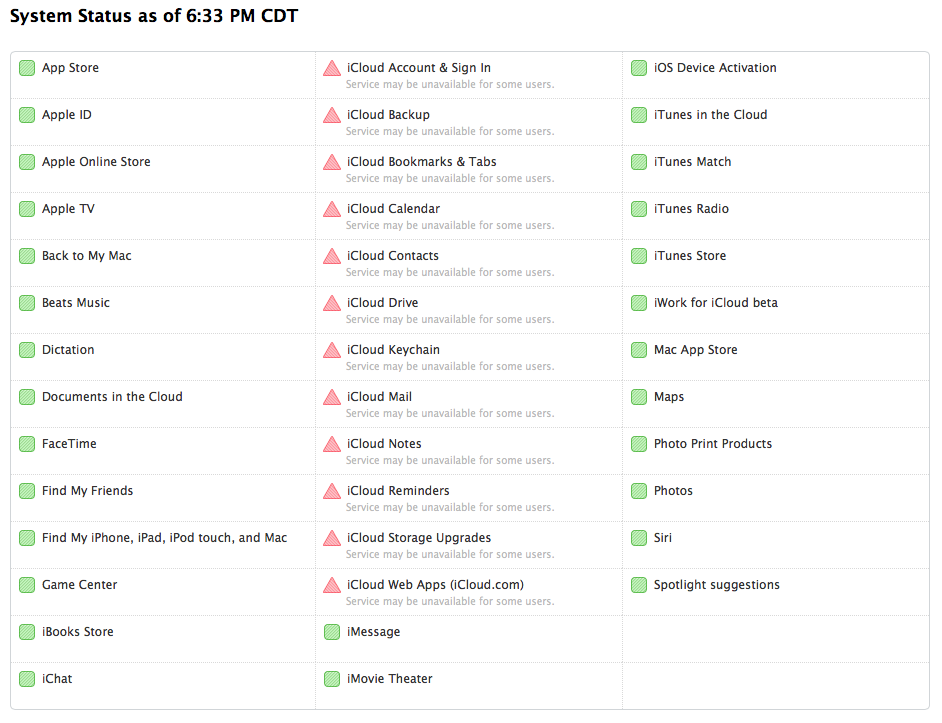 If you’re having issues with some, or all, of your iCloud services you’re not alone. It appears that several of Apple’s iCloud services are down for a number of users. We’ve seen numerous complaints of it on Twitter, and Apple has updated its System Status page to reflect the outages.

A few of us here at iDB are experiencing iCloud issues—I specifically am receiving pop up warnings on both my Mac and iPhone saying that my iCloud password is incorrect for various applications. Others have reported that they are unable to access iCloud.com, or iCloud backups.

These iCloud issues add to Apple’s woes, which have been garnering it bad publicity over the past week. On Wednesday, the company seeded a bad software update that crippled some iPhones, and it appears that the ensuing 8.0.2 release hasn’t quite eradicated all of the major bugs.

Stay tuned, we’ll let you know as soon as iCloud services are back up and running. In the meantime, let us know how iCloud is working for you in the comments below.

Update: it looks like iCloud services are back up for most users