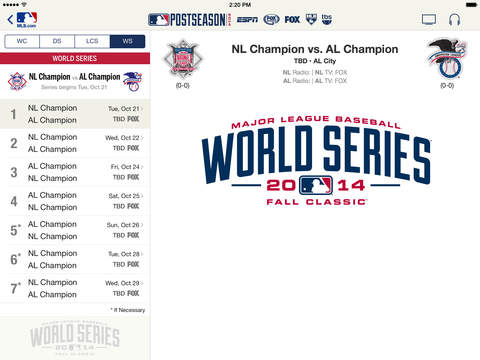 Baseball fans rejoice, the MLB.com At Bat app has just been updated with some great new features in time for October. For the first time, the League will be live streaming every World Series game and select postseason games to mobile devices.

Obviously, you’ll need to be an MLB.TV Premium subscriber to access the new content, but it’ll cost you $3.99 to get in for the rest of the season. And if you want to watch Major League Baseball on your iPhone or iPad, there’s no better way to do it.

For those who haven’t tried it before, MLB.com At Bat is highly praised for delivery some of the best live sports coverage in the business. In addition to its live streaming capabilities, it can also track a multitude of stats, break in-game news, and more. 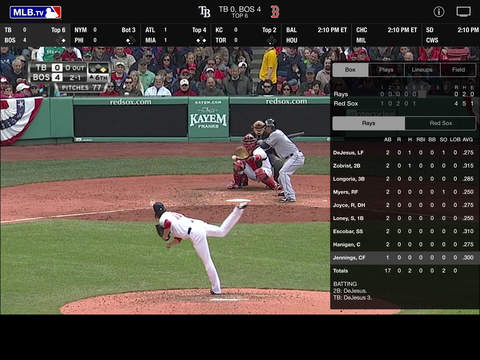 Here are the release notes from today’s update:

Note that it says that it will be offering coverage of every postseason game live, not necessarily streaming video. This could include audio, in-game play tracking and other companion app-type content. World Series games, however, will all be streamed live.

The MLB postseason officially starts on Tuesday, with the A.L. Wild Card Game, and will run through late October. If you plan on watching any of it, I recommend grabbing MLB.com At Bat. You can find it in the App Store, for both iPhone and iPad, for free.