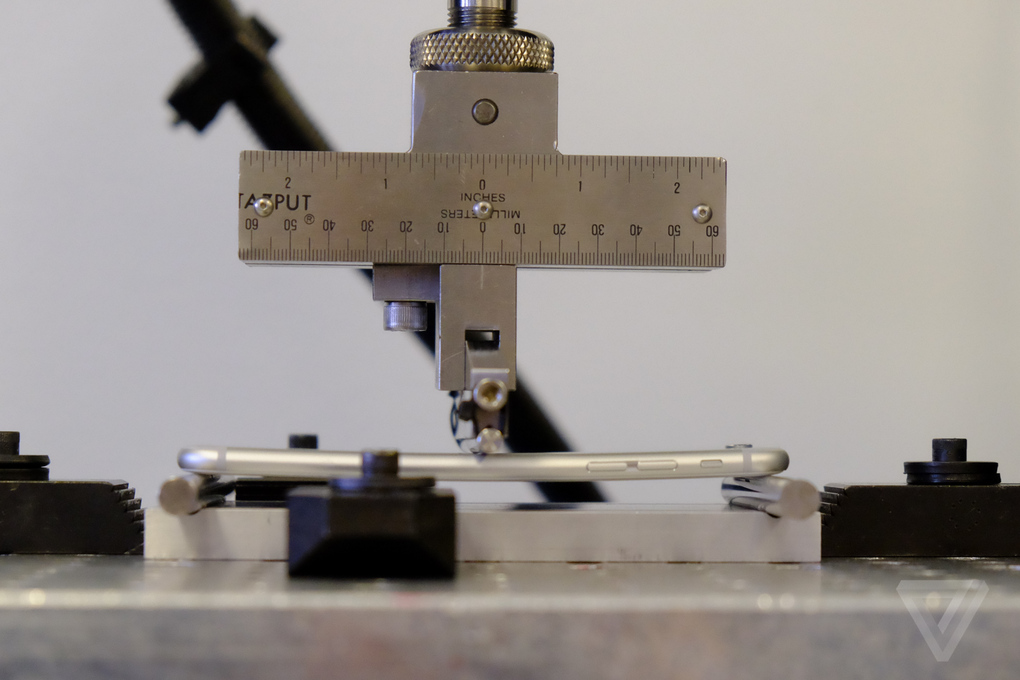 Apple invited a handful of reporters to visit its iPhone testing facility in Cupertino on Thursday, to offer a peek at where and how it puts its handsets through the paces. The move comes in response to growing concerns over “bending issues” with the new iPhone 6 Plus, following this YouTube video.

The facility sits a few blocks away from Apple’s Cupertino campus, and contains a lot of equipment for testing the strength and durability of the iPhone. Here, engineers for the company put handsets through a variety of tests including torsion (or twisting) and pressure, to make sure they will hold up.

“As we add more and more features, we have to find out a way to break them before customers do,” Apple’s SVP of hardware engineering Dan Riccio told The Verge during their visit today. He added, “the bottom line is that if you use enough force to bend an iPhone, or any phone, it’s going to deform.”

Ironically, Riccio said that Apple did more testing on the iPhone 6 and 6 Plus—around 15,000 separate tests between the 2 handsets—than any previous model. And in addition to the machine methods mentioned above, they were also tested out in the hands and pockets of  “thousands” of Apple employees.

Apple’s head of marketing Phil Schiller was also on hand today, and he told The Verge that if you think something has occurred that shouldn’t have with your device, “go to AppleCare or the Genius Bar, and let them look at it.” He didn’t say specifically, though, that “bending” is covered under warranty.

The whole situation is reminiscent of the iPhone 4’s “antennagate” in 2010, where users complained of signal attenuation, and I think that’s the last time Apple invited the press into a testing facility. For more photos and details regarding Apple’s iPhone stress testing process, check out The Verge’s gallery.