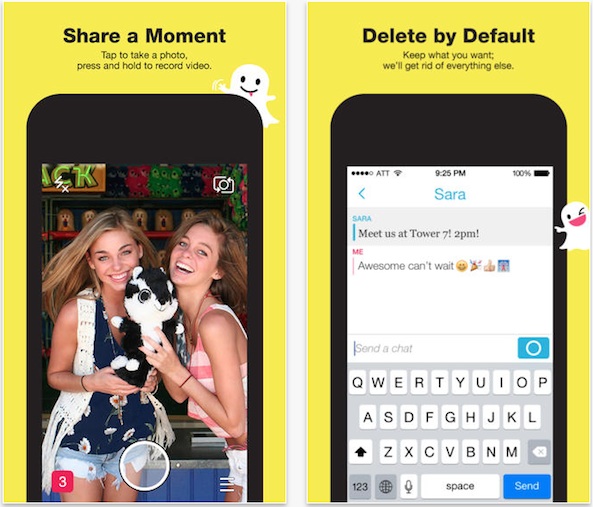 Snapchat pushed out an interesting update for its mobile apps today, bringing the iOS client to version 7.0.6. Though the change log in the App Store only mentions ‘improvements and bug fixes,’ what went on behind the scenes is actually fairly significant.

Users will notice a new ‘Live’ section in the app, courtesy of Our Stories, a product Snapchat introduced during the summer that lets anyone contribute snaps to a single story. With Live, users will be able to follow events as they unfold, from various angles.

As noted by TechCrunch’s Jordan Crook, this kind of steps on Twitter’s toes in that it will allow users to follow major events—think sports, concerts, disasters, etc.—live. Snapchat hasn’t said yet how it plans to pick events, but it’ll likely factor in popularity metrics.

“When we launched Our Story at Electric Daisy Carnival we had our fingers crossed – we hoped the Snapchat community would contribute their unique point of view.” Snapchat said on its official blog. “The world has never experienced anything like this before.”

It’s not hard to imagine this becoming a hot spot for ads, too, as Snapchat continues to evaluate monetization options. Like I said, it’ll be interesting to see where this goes. If you want to check out the new feature, you can find Snapchat in the App Store for free.