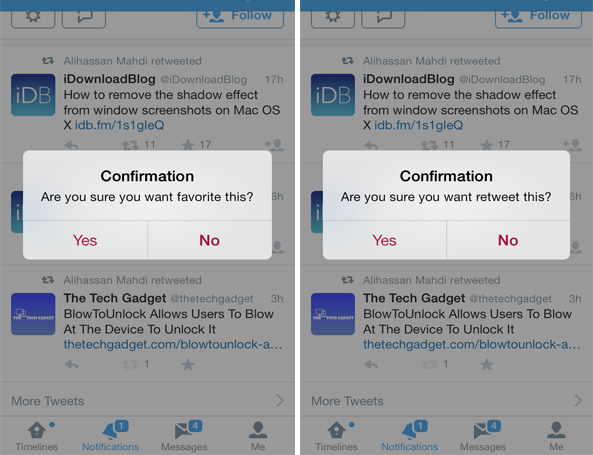 If you use the Twitter app regularly on your iOS device, you may have accidentally retweeted or favorited a tweet while scrolling through your timeline feed. It can be quite annoying just to go back and undo the action and sometimes, you won’t even notice that you’ve retweeted or favorited a post. However, a new jailbreak tweak landed in Cydia recently that helps Twitter users overcome this problem. 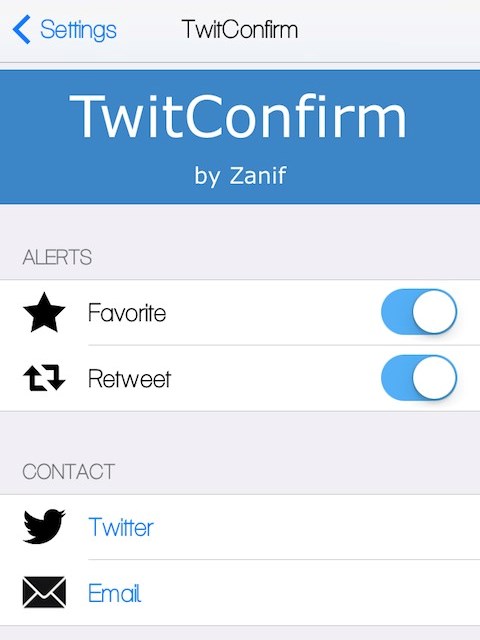 Once you install the tweak, a preferences pane will be added to the Settings app where you can enable or disable the tweak via the kill-switch toggle as well as choose whether you want to view a confirmation message for retweeting, favoriting, or both.

TwitConfirm is quite a useful tweak to avoid retweeting or favoriting a tweet accidentally while making use of Twitter’s swipe gestures. If you want to take TwitConfirm for a spin, you can download it from Cydia’s BigBoss repository for free.

What do you think of TwitConfirm? Let us know your opinion in the comments section below.