Some new photos popped up on China’s Sina Weibo microblogging site this weekend of what is claimed to be the rear shell of a second-gen iPad Air. Posted by accessory maker Yi Lin Enterprises, the photos could shed some light on what Apple’s upcoming tablet looks like.

For the most part, the component matches up with the one found on the current iPad Air, but there are a few differences. For starters, the speaker grille now features one row of large holes instead of two rows of tiny holes, and it looks like the rear mic has been relocated… 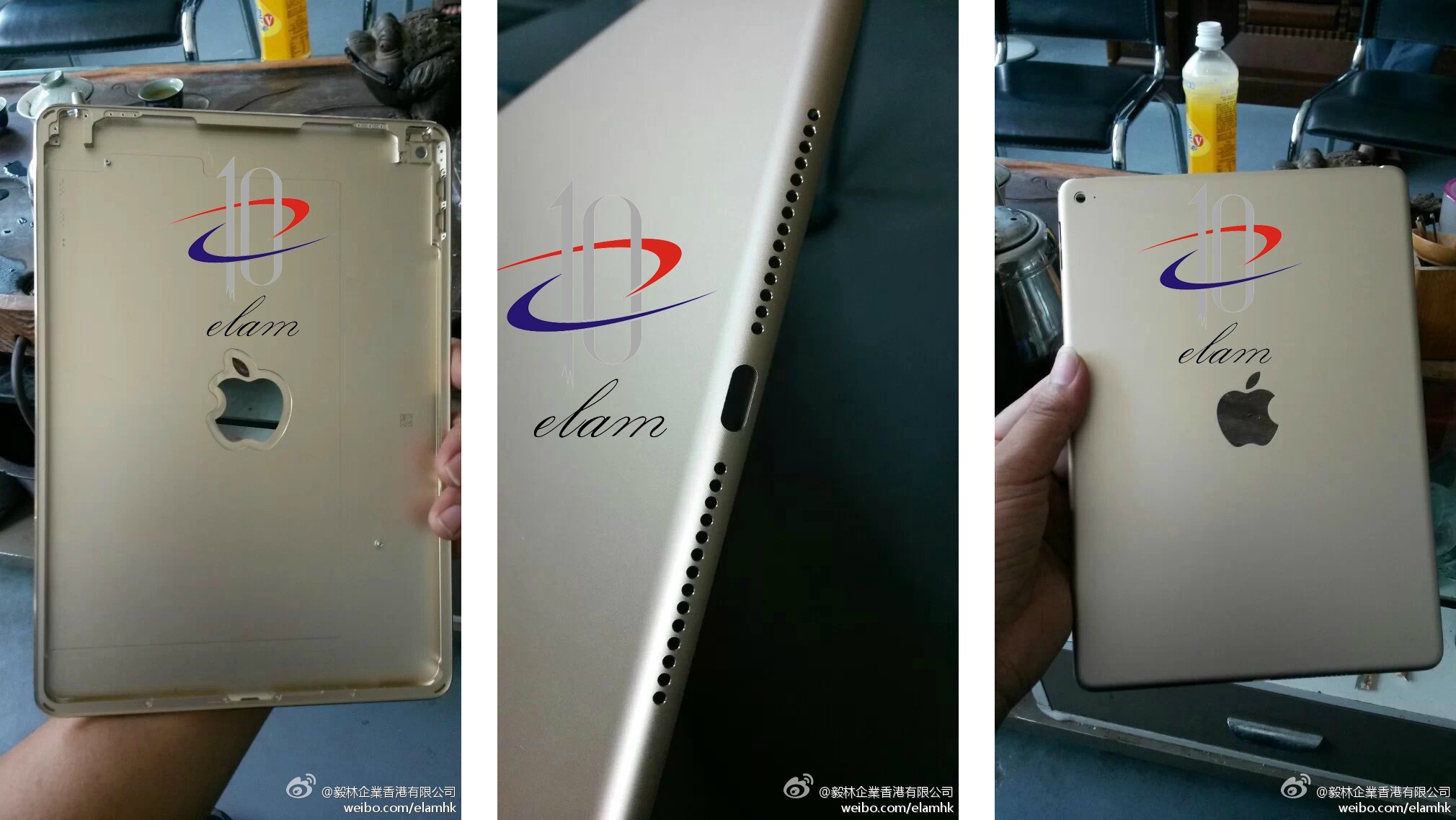 Additionally, as Nowhereelse.fr points out, the cutout for the volume buttons appears to be more recessed than before, suggesting that they would sit nearly flush with the shell. Also, there doesn’t appear to be space for the mute/orientation lock toggle seen on current iPads.

This isn’t the first bit of evidence we’ve seen regarding the so-called ‘iPad Air 2.’ A high quality dummy model appeared in photos and on video last month, and a purported front panel leaked back in April. And thus far, all of the pieces seem to line up with each other nicely.

As for internals, the new iPad Air is expected to be slimmer than its predecessor, with a faster A8 processor and a Touch ID-enabled Home button. There’s no word on an official launch date, but it looks like Apple is shooting for sometime in mid-October like it did last year.