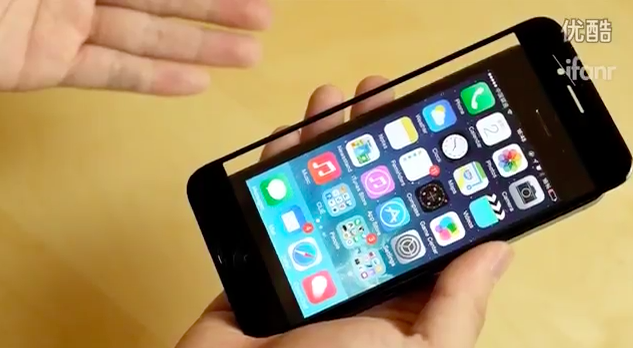 Japanese magazine Mac Fan asserted back in October 2013 that Apple’s upcoming larger-screened iPhone 6 would file as the first device with a display this large that would still be optimized for one-handed use, thanks to some smart design decisions.

And in September of last year, KGI Securities’ Ming Chi-Kuo called for a next-generation iPhone with a 4.5 to five-inch screen and designed to follow Apple’s “unwavering principle of one hand use”.

Today, a new video of a purported 4.7-inch iPhone 6 front panel has surfaced giving us a good indication how the device might feel in one’s hand…

It shows what appears to be a black front panel belonging to a 4.7-inch iPhone 6. The part is allegedly close to a final production version and has reportedly been obtained from an anonymous source who declined to be identified because Apple is not fond of leaks.

The fit and finish of the leaked part is said to be in line with Apple’s craftsmanship. The panel’s product number and barcode has been obscured to protect the identity of the leaker. 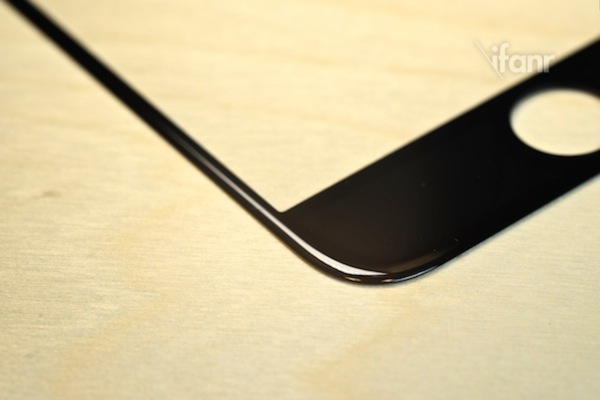 Perhaps most interestingly, the video compares the purported panel to the iPhone 5s form factor, suggesting the possibility of one-handed use.

The front camera hole appears on the left of the earpiece, as opposed to the current iPhone 5s design with the FaceTime aligned in the center and right above the earpiece.

The side bezels are noticeably skinnier, with the flat edges having been replaced with rounded ones, which is consistent with previous rumors.

Reports by Chinese media outlets that surfaced this morning seemingly point to a September 19 iPhone 6 introduction, ahead of the handset’s September 25 launch.

If this video is anything to go by, will you be able to operate a 4.7-inch iPhone 6 with one hand, do you think? I’m not sure my thumb would comfortably reach all four corners of the screen, but it’s too early to tell before I have a chance to hold the device in my hand.