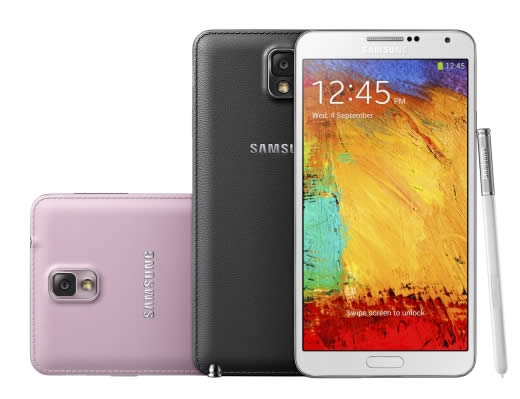 Apple and Samsung continue to fight for supremacy as the top consumer electronics maker in the United States, and the latter has a new move up its sleeves to help thwart its competitor. Beginning in July, the South Korean handset maker will be kicking off a 21-day trial program that allows customers to test drive select smartphones, tablets and smart watches from its product lineup.

After quietly launching the trial program in Manhattan last month, Samsung will be extending the offer to Dallas, Houston, Los Angeles and Santa Clara. The devices available to test drive are the Galaxy S5 and Note III smartphones, the Gear smart watch and the Gear Fit fitness tracker. Prospective buyers can test the devices on different carriers, with Samsung compensating the wireless costs. A refundable deposit of $350 must be made beforehand…

Ad Age reports that Samsung is offering this promotion at its so-called “Galaxy Studio” store in New York, alongside four small, pop-up mall kiosks in the other aforementioned cities. The company does not have a physical retail presence in the United States, however, meaning that participants will have to look elsewhere to purchase the Samsung devices they test.

The goal of the trial program is for Samsung to convince consumers to ultimately purchase its products, extending upon the $3.83 billion the company spent on advertising efforts last year. The promotion also helps customers become more familiarized with Samsung’s wide array of devices, especially those that belong to new product categories like smart watches and fitness trackers.

“Our trial program offers consumers the convenience and accessibility to explore and test Samsung Galaxy products in their own environment, enabling them to experience the incredible things they can do with our products and make educated decisions prior to purchase,” Melissa McNutt, senior manager of the division, told Ad Age in a statement.

Samsung is building upon T-Mobile’s new Test Drive program that it announced just over a week ago. The fourth-largest carrier in the U.S. is letting customers borrow an iPhone 5s for a week, at no cost, as part of its Uncarrier initiative. The promotion appears to be a success, as the carrier announced that over 12,000 customers had signed up to take home an iPhone 5s in just two days.

Will you test drive a Samsung device?