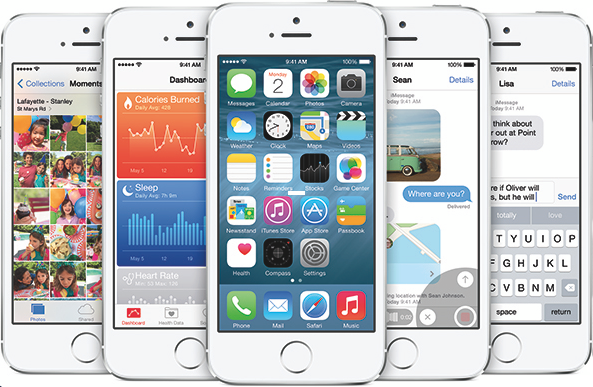 The incoming iPhone 6 may feature new barometer and air pressure sensors, according to a report from 9to5Mac. The site has discovered new APIs in iOS 8 that hint at the new sensors, which could be used to offer advanced data for measuring altitude, temperature and weather.

Today’s discovery follows a March report from Sun Chang Xu. Citing sources familiar with Apple’s plans, the analyst said the iPhone 6 would include new sensors for measuring air pressure, temperature and humidity, putting the device on par with Samsung’s Galaxy S5 and others…

Developer Ortwin Gentz from FutureTap pointed us to these references, and he tested the framework on an iPhone 5s, the latest-generation of the iPhone. According to Gentz, the framework returned a “No” to indicate that the iPhone 5s does not not support the reporting of altitude changes based on this new framework. With the help of a noted developer, we wrote our own code to test the framework and we received the same not-supported-by-the-iPhone-5s result. This likely indicates that this new altitude tracking functionality is reserved for unreleased Apple devices. Since the feature is packed into iOS 8, it is likely that the feature will be integrated to new products launching in the fall such as the iPhone 6, new iPads, and even the iWatch.

And the screenshot from Xcode:

The report goes on to suggest that these new sensors will become part of the iPhone 6′s M8 motion co-processor, a component of the A8. It also adds that Apple is working on a new version of the Compass app, which is likely where it will incorporate the new altitude tracking feature.

iOS 8 is in developer beta right now, and is expected to be released to the public this fall with several new features and improvements. The iPhone 6 is slated to launch in September in both 4.7-inch and 5.5-inch variations, a higher resolution display, new iPad-like casing, and more.