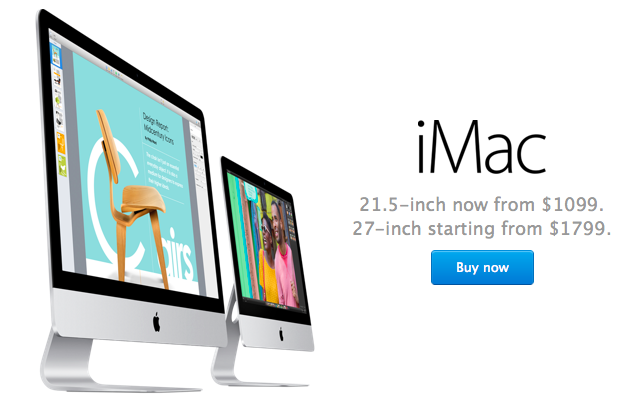 Apple’s online store went down briefly this morning as the company has refreshed its iMac family of all-in-one desktops. The baseline model now starts at $1,099, a full $200 cheaper over the previous model.

Only the entry-level 21.5-inch iMac has been refreshed with what’s apparently a significant specs downgrade.

That’s a significant step back in terms of CPU performance because this machine used to feature a faster quad-core 2.7GHz Intel Core i5 with four megabytes of L3 cache and Turbo Boost up to 3.2GHz.

The new Intel chip has been identified as the recently introduced i5-4260U model with Turbo Boost speeds up to 2.7GHz. 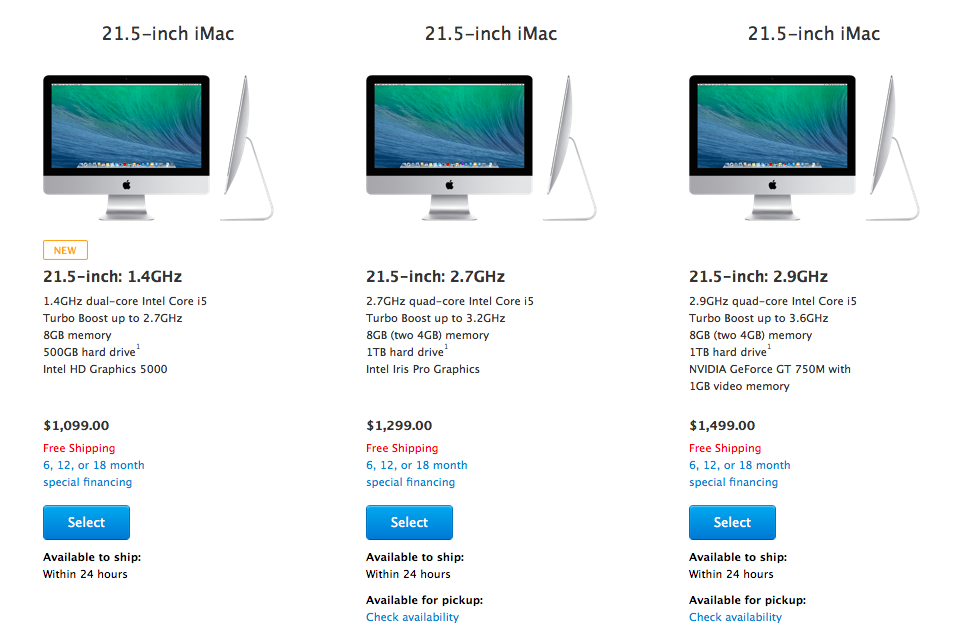 Also bear in mind that the discounted machine comes with a lower-end Intel HD Graphics 500o solution versus the Iris Pro chip. A less capacious 500GB of storage versus a 1TB hard disk drive as before isn’t helping either.

The machine is available today through the Online Apple Store “within 24 hours” and via its authorized resellers.

First reactions on Twitter were largely negative. I was kinda hoping for a sub-$1,000 price point and surely didn’t expect such a downgrade in hardware specs.

That being said, however, Apple appears to be simply clearing the decks for rumored Retina iMacs this Fall.

Does a $200 saving justify a quad-core-to-dual-core CPU downgrade, cutting hard drive space in half and switching from Intel’s more powerful Iris Pro to Intel HD Graphics 5000?