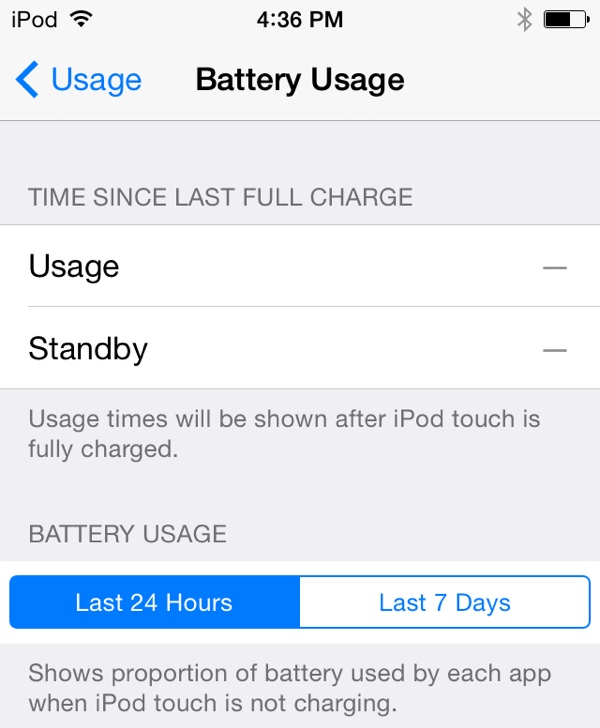 iOS 8, when it releases for public consumption this Fall, will make it real easy to identify apps that are battery hogs.

That’s because among a flurry of new iOS 8 features introduced during the WWDC keynote yesterday was a brand new per-app battery usage indicator in the Settings app.

As the screenshot shared by Evan Coleman on Twitter attests (via MacRumors), General > Usage > Battery Usage in iOS 8 Settings includes a new section titled Battery Usage where you can see battery consumption on a per-app basis.

Apple says it shows “proportion of battery used by each app” as a percentage, when your device is not charging. There are two buttons here allowing you to see your apps’  battery usage in the Last 24 Hours or Last 7 Days.

Of course, those who’ve just installed iOS 8 beta on their device(s) will have to wait a couple days before the Last 7 Days option yields tangible results. 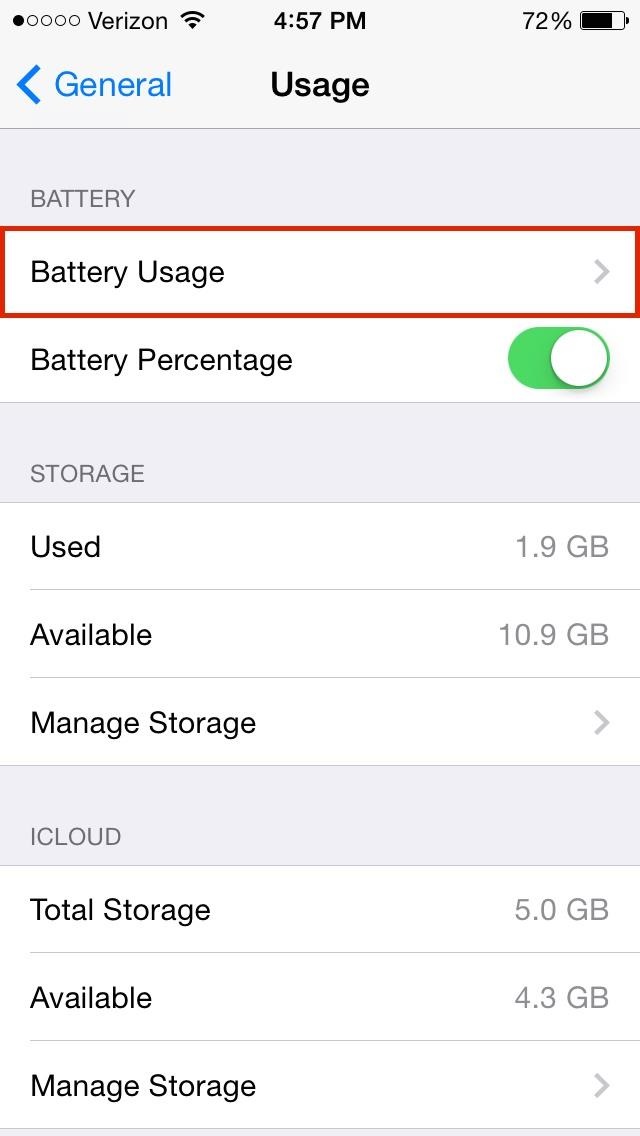 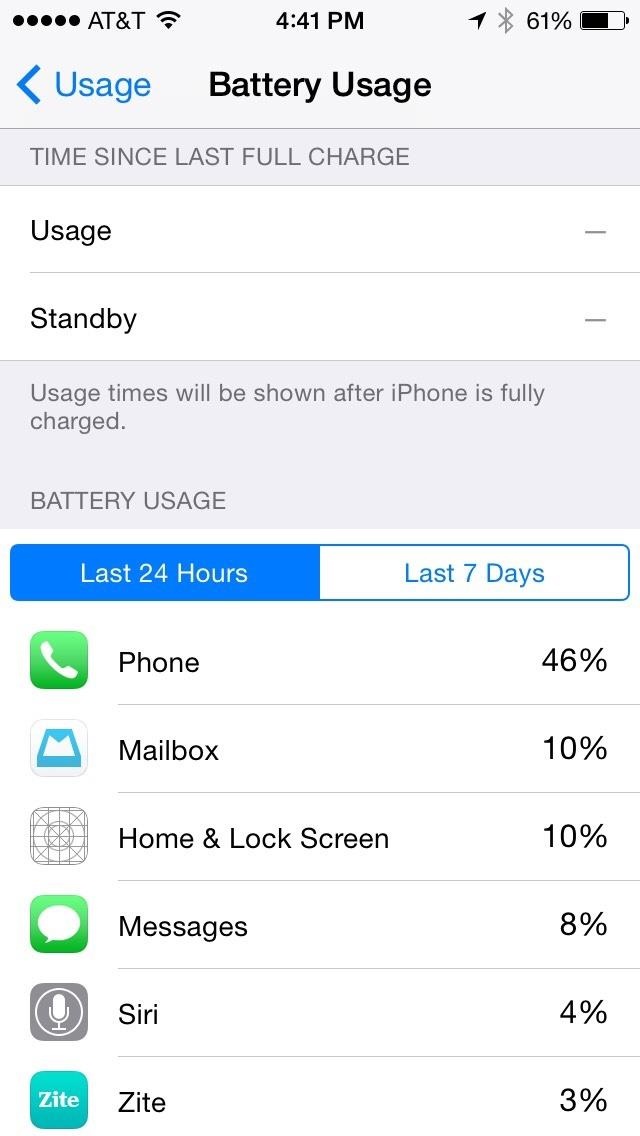 Notably absent is a switch to determine apps’ battery usage since last charge or during the lifetime of the device for that matter.

Still, it’s a useful addition that will come in handy in iOS 8 a lot and here’s why.

As Apple confirmed during the keynote, iOS 8 allows for new situations in which apps could monopolize system resources. See, by making iOS 8 more open to developers, Apple has opened the door to stuff like third-party keyboards, Notification Center widgets, Camera plugins for photo and video effects and various other app extensions.

Without the new battery feature, it would be impossible for users to identify which of the recently installed apps/extension are destroying your battery.