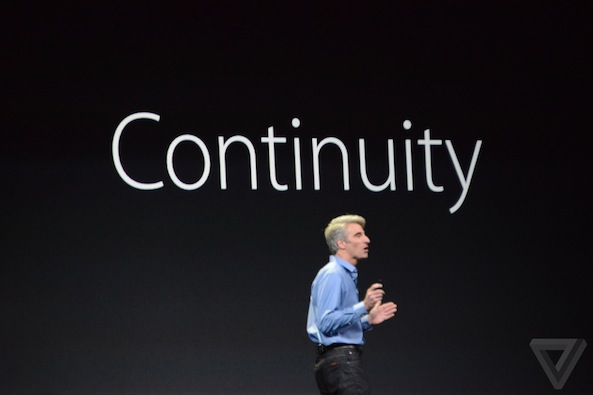 Apple spent some air time during its keynote to talk about a new feature called Continuity. For starters, AirDrop now finally works between iOS and OS X. But it’s much more than that. Continuity detects devices in your proximity and makes them aware of each other.

For example, your iPad can notify you in the screen corner of your Mac and vice versa. Next, you could be compising an email on your iPhone. And when you come near your Mac, it’ll recognize your iPhone and prompt you to finish your message on the Mac.

Jump past the fold to learn more…

Continuity is more powerful than it appears.

Another example: when you receive a phone call, you Mac shows a notification. You can accept a call on your Mac and it can even use the computer as a speakerphone. 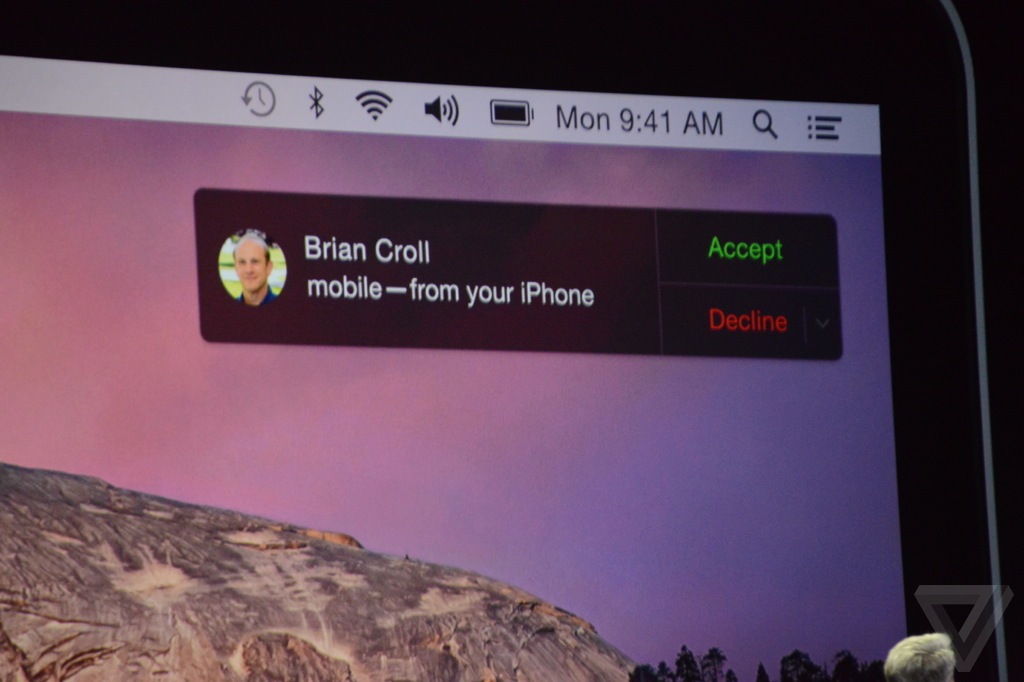 You can dial a phone number from webpages (just select and hit the Call option in the context-aware menu). Apple’s SVP of Software Engineering, Craig Federighi, demoed this by calling Dr. Dre from his Mac.

This Continuity functionality extends to the new Instant Hotspot feature, Messages and much more. OS X Yosemite will be available this Fall as a free download this Fall. 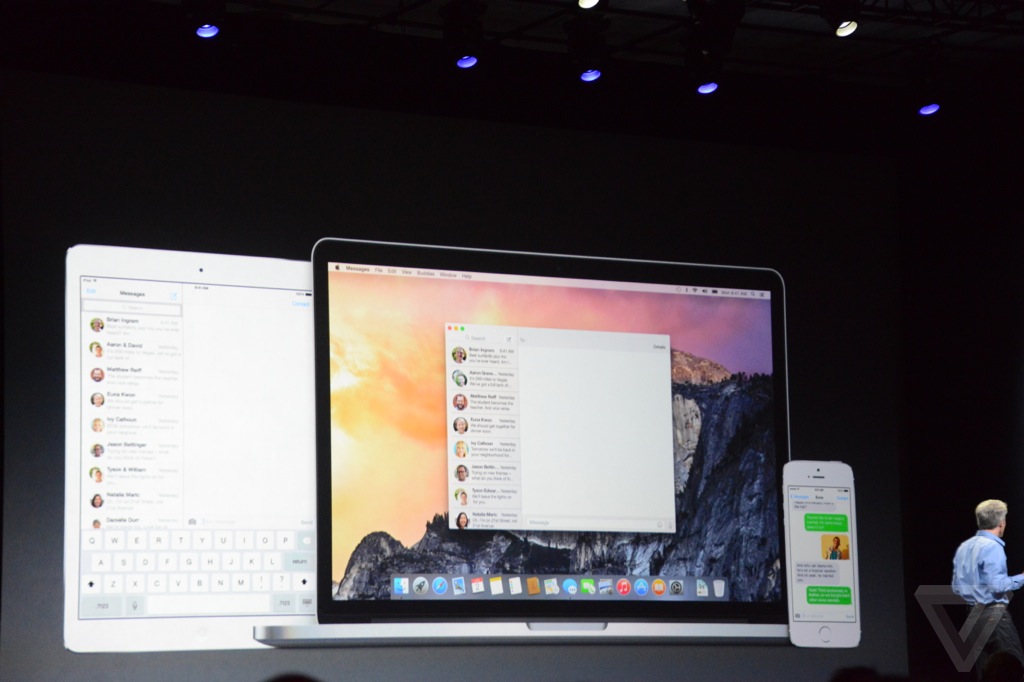 AirDrop now works between iOS 8 and OS X Yosemite and Messages benefits from Continuity, too.

Registered Apple developers can download a preview version of the software today and people who are on the OS X Beta Seed Program will be able to download Yosemite betas during the summer (so, not immediately).