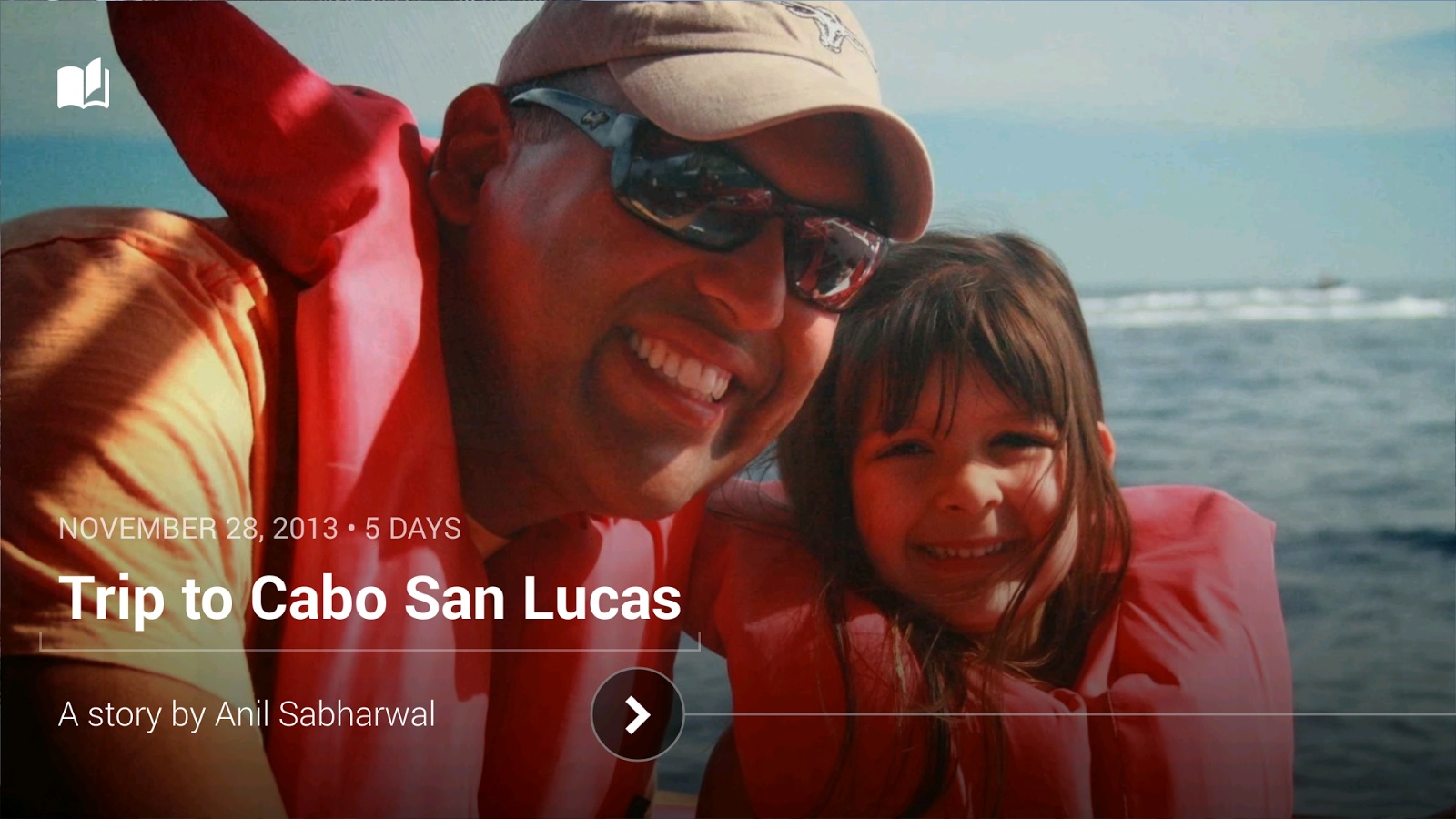 Available later this week on Android and the web and coming soon to iOS, Google+ Stories and Google+ Movies offer digital travelogues and movies created automatically from your Google+ photos and videos and location data.

The feature is basically on auto-pilot.

Google is constantly analyzing the photos and videos you upload to Google+, along with the places you’ve visited. It then automatically uses your best and most popular media to create full-screen presentations…

No more sifting through photos for your best shots, racking your brain for the sights you saw, or letting your videos collect virtual dust.

We’ll just gift you a story after you get home.

This way you can relive your favorite moments, share them with others, and remember why you traveled in the first place.

As for the updated Google+ Movies (the feature debuted last November), Google is bringing Movies today to Android, iOS and the web. The feature produces nice looking video vignettes of your photos and videos automagically, including effects, transitions and a soundtrack.

Google+ Stories and Movies need media in your online library so you’re advised to first upload some photos and videos using the web interface or the iPhone and iPad app.

Or, use the Google+ iOS app to back up your photos and videos to the service. Note that photos are backed-up at full size by default

“Auto Awesome will get to work in the background, and you’ll get notified when a story or movie is ready,” notes Google. “In fact, if your photo library is already online, you may already have stories waiting for you.”

The Internet giant has been offering some rather compelling photography features on Google+ for quite some time now.

As our own Jeff Benjamin explained, for example, the Google+ Auto Awesome feature lets anyone easily create stop motion animations with their iPhone. Aside from this, there are plenty of ways to awesome your Google+ photos as well.

Google+ Stories and Movies should be added to the free Google+ for iOS app soon and you’ll be the first to know when the updated app drops. Go here to check out release notes for the newly updated Google+ for Android.