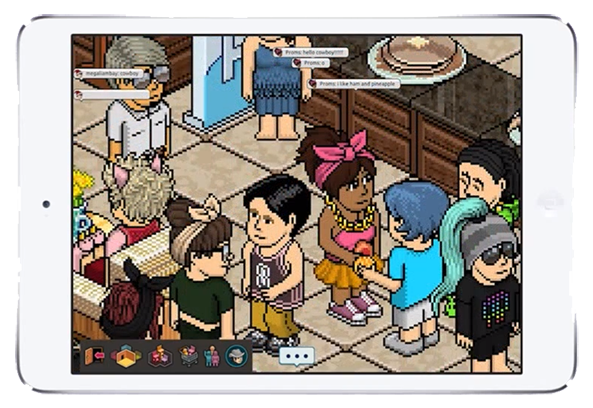 Habbo is a popular online community based upon a virtual hotel where you can create a character, decorate rooms with virtual furniture, chat with others, play mini-games, organize events and more. Sulake launched the game in Finland in 2000 and has since expanded it to Australia, Canada, United Kingdom, United States and other regions over the past decade. On the desktop, it was originally a Shockwave-based game that has since transitioned to Adobe Flash.

As you probably know, Adobe Flash has never been supported on the iPhone, iPad or iPod touch. In fact, over four years ago, Steve Jobs published an article called Thoughts on Flash to explain why Apple is so inexplicably against supporting the platform on its iOS devices. As such, it is impossible to play Habbo through Safari by traditional means. That is no reason to be worried, however, as there are actually a few options for playing Habbo on an iPhone or iPad. Take a look…

In a world where mobile device adoption continues to rise, Sulake has finally conceded and released Habbo for iPad. The app has soft launched in Canada on the App Store, and will make its debut in the United States and several other countries in the near future. Habbo for iPad is far from perfect, but it does replicate most of the functionality and gameplay from the traditional desktop version of the game.

There are still some missing features, including the inability to private message friends, but the team of developers at Sulake will continue making improvements to the app over time. The Finnish-based team also confirmed that an official Habbo app will be released for select Android tablets in late 2014. Habbo Club memberships and credits can be obtained as in-app purchases, such as a 95 credit pack for $9.99.

Habbo for iPad is free on the App Store. 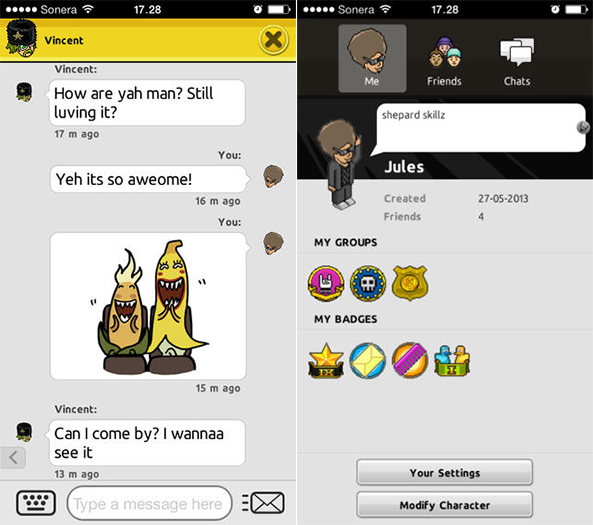 If you are simply looking to message other Habbo players from your iPhone or iPad, then Pocket Habbo is for you. The app allows you to chat with both online and offline players that are on your in-game friends list. You can also view the profiles of you and others, including friend counts, join dates, groups and badges. Pocket Habbo does not allow you to play Habbo itself, but it is definitely a good companion app to have.

Other features of Pocket Habbo include a built-in search tool that allows you to search your friends list, and a report button that informs the Habbo moderation team about any player that is making inappropriate or malicious comments. Asides from its performance issues and rather unimpressive design, the app is good for keeping in touch with friends you have met on the game.

Pocket Habbo is free on the App Store for iPhone, iPad and iPod touch.

Flash Browsers for iPhone and iPad

As there is no official Habbo app for the iPhone or iPod touch, users of these devices will have to resort to the App Store for third-party browsers that support Flash. But with a 3.5-inch or 4-inch screen, you cannot expect gameplay to be all that great. Even if you do manage to get Habbo loaded through one of these browsers, which is more than possible, prepare yourself for a lot of lag and glitches.

It is also very challenging to type into the in-game chat box from an iPhone or iPod touch, making talking with others more trouble than it is worth. Nevertheless, below are two good Flash-enabled browsers for iOS devices. There are plenty of alternatives such as SkyFire, but those type of browsers can often only be used to play Flash videos — not games. Puffin is a tried and trusted option for Habbo.

Puffin Web Browser Free offers Adobe Flash support over the cloud between the off-peak hours of 8 AM and 4 PM. The browser is also packed with several other features, including a fast JavaScript engine, full web experience, downloads to the cloud, open tab syncing between devices, theater mode, a virtual trackpad, add-ons, themes and more. Puffin Web Browser Free is free on the App Store for iPhone, iPad and iPod touch.

To use Adobe Flash without the off-peak hours restriction, the full version of Puffin Web Browser is also available for $3.99 on the App Store. The developers of the browser recommend that you purchase the free version before the paid one, to ensure that it meets your needs. It is important to note that the Puffin data center is located in the United States, and the cloud servers can only communicate with websites that have a U.S. geolocation.

Habbo is an iconic game that has seemingly dropped in popularity over the years, perhaps because of the rise of the App Store and mobile gaming. But with the release of Habbo for iPad, alongside Pocket Habbo and Flash-based browsers, there is a chance that the game can gain some traction again as it approaches its fifteen-year anniversary. The virtual hotel is still accessed by millions of teenagers around the world, so there is no reason it should be closing its doors any time soon.