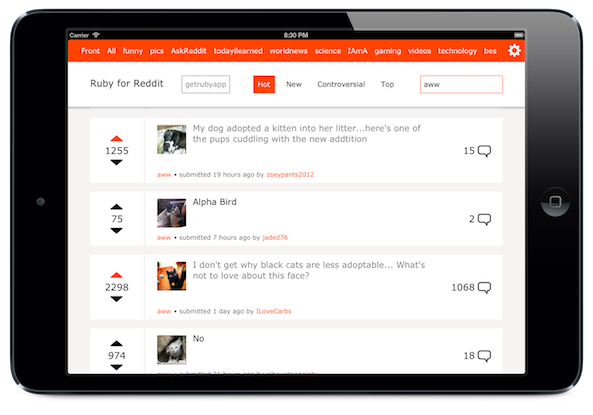 Reddit has long been one of the most popular websites on the Internet, serving as an online discussion board for users to discuss a wide variety of topics. But one thing it has always lacked is an official mobile app — fortunately, that’s about to change. The San Francisco-based company has posted an official job listing within the /r/forhire subreddit, looking for mobile app developers to help create official apps for Reddit…

The Daily Dot was first to post about the listing:

“The world is going mobile, and so is reddit,” wrote Reddit HR generalist Nicole-Jasmin Clark. “We’re hiring developers to help us build and maintain apps to highlight great content from reddit for a broader, global audience. Our focus is on making it easier for people to find great content on reddit through mobile apps, clean design and machine learning.”

Reddit is looking for mobile app developers that have experience in either Objective-C or Java programming languages, meaning that both iOS and Android flavors of the app should be expected. The company is excited to test multiple ideas and push boundaries in order to create an official app that allows Reddit users to both create and consume great content in the best way possible.

“We have a collaborative team with a mix of design, full-stack, data and PM skills. Your role will be to build an app that combines great design, the best content from the front page of the internet, and algorithm-based recommendations. We’re about bringing choice to users and bringing great content as well. We’d love your help trying new approaches, testing boundaries and creating beautiful products to share the world’s best content and communities.”

This isn’t the first time that Reddit has ventured into the mobile app landscape. Back in 2011, the company released a short-lived iPhone app called iReddit. But a poor user experience, coupled with the growth of popular third-party apps such as Alien Blue and Aliens for Reddit, eventually led Reddit to remove its official app from the App Store. This time around, the company is obviously hoping to get it right.

The biggest question: is it too late?