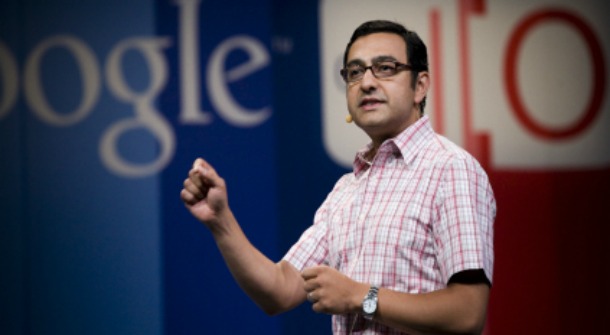 There’s a big shakeup at Google on Thursday as Vic Gundotra, the man charged with leading Google’s social efforts and one of the creators of Google+, is departing the company after eight years.

Gundotra announced the news on none other than his Google+ profile, saying he is proud of what the Facebook-competing Google+ team has accomplished despite skepticism in the industry. Gundotra didn’t offer any details as to why he’s leaving.

“Today I’m announcing my departure from Google after almost 8 years,” Gundotra wrote on Thursday. “I’m also forever in debt to the Google+ team. This is a group of people who built social at Google against the skepticism of so many.”

Prior to his work on Google+, Gundotra led Google’s mobile and developer relations team, after a fifteen year stint at Microsoft. Larry Page, CEO of Google, shared his praises for Gundotra in a posting on Google+

“Vic cut his teeth on our mobile apps and developer relations, turning Google’s disparate efforts into something great … And, walking onto the stage at I/O last year, it was amazing to see developers so excited about Google,” Page wrote on Thursday. “These were vintage Vic projects. Then Vic built Google+ from nothing. There are few people with the courage and ability to start something like that and I am very grateful for all his hard work and passion.”

Google hasn’t confirmed who will be taking over Google+, however Recode reports from sources within the company that David Besbris, Google+ VP of Engineering, will be taking over the position. He’s said to have gotten the job over Gundotra’s top boss at the social network, Bradley Horowitz.

Gundotra will surely be missed at the company, as he’s been said to have brought a lot of excitement not only to internal meetings, but public events like the Google I/O conference.

“I am excited about what’s next. But this isn’t the day to talk about that,” Gundotra wrote. “This is a day to celebrate the past eight years. To cry. And smile. And to look forward to the journey yet to come.”

Do you think Gundotra is going to a competitor?