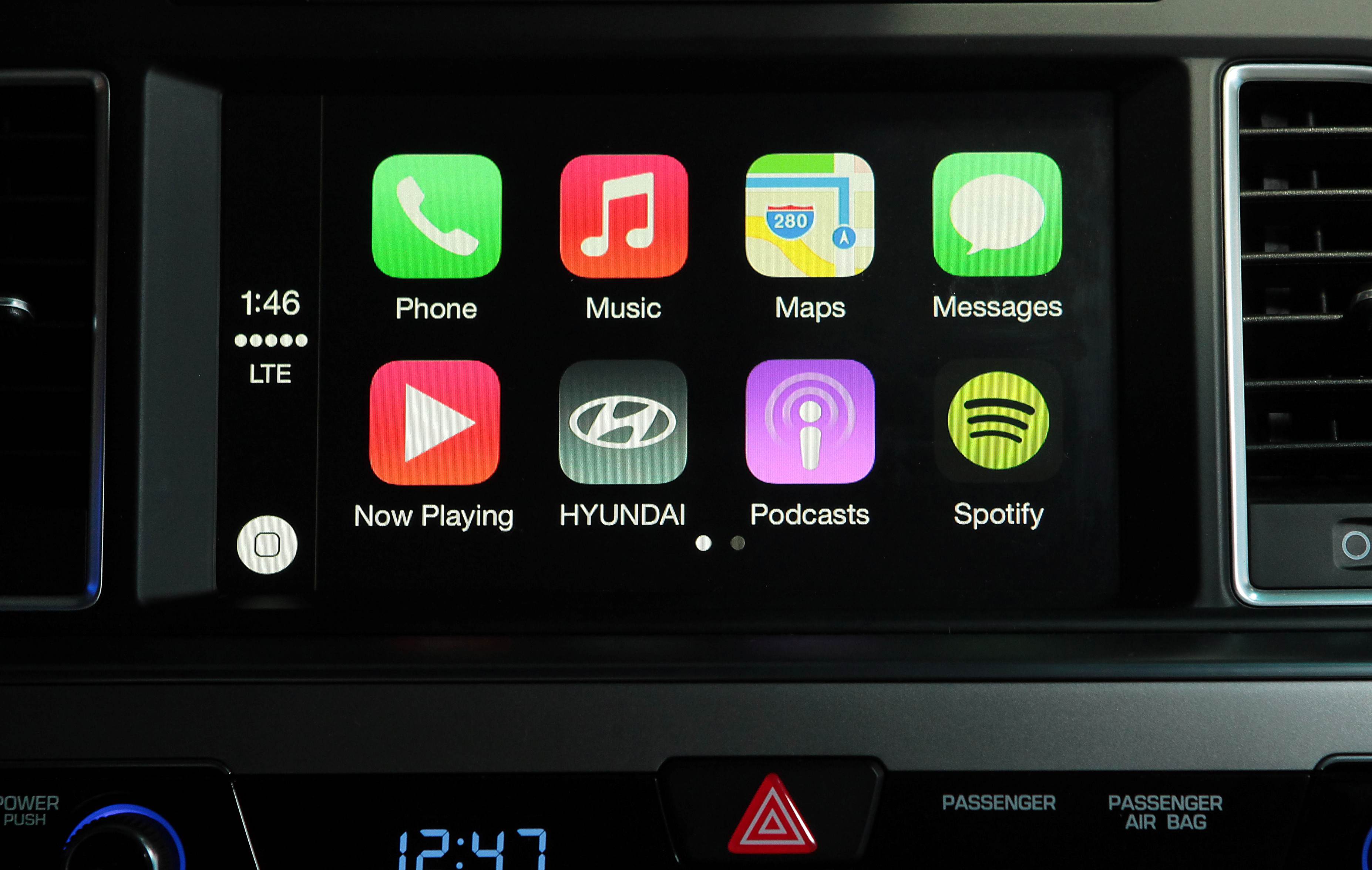 Japanese car maker Hyundai today officially confirmed that CarPlay functionality will be available in its upcoming 2015 Sonata vehicles. CarPlay launch partners include Volvo, Ferrari and Mercedes-Benz, but many other manufacturers have pledged to support Apple’s in-car system later this year, Hyundai being one of them.

According to Hyundai’s media release, it’s one of the first volume manufacturers to bring CarPlay to market. Apple’s feature will be available on 2015 Sonatas equipped with navigation later in the 2015 model year.

CarPlay integration in the 2015 Sonatas will work as you’d expect.

Using a built-in eight-inch touchscreen, drivers will be able to interact with CarPlay and use Siri to make calls, use Maps, listen to music and access messages.

“With CarPlay, Siri provides drivers an eyes-free experience by responding to requests through voice commands and can be easily accessed directly through the Voice button on the steering wheel,” explains the firm.

CarPlay is compatible with the iPhone 5s/5c/5 devices running iOS 7.1. The feature doesn’t have a Home screen icon and instead launches automatically when you connect your device via a Lightning cable to your car’s in-dash system.

Although CarPlay is limited to latest vehicles that integrate the feature directly, Pioneer and Alpine both announced affordable aftermarket kits making it easy to add CarPlay functionality to older vehicles, in exchange for a few hundred dollars.