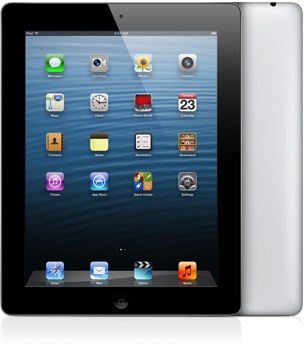 Apple may be planning to reintroduce the discontinued fourth-generation iPad alongside the 8GB iPhone 5c tomorrow, according to a new report from 9to5Mac. The site says that the iPad 4 could replace the current iPad 2 as Apple’s low-cost tablet option.

The 4th-gen iPad was originally launched in the fall of 2012, 6 months after the release of the iPad 3. It’s significantly more powerful than the iPad 2, with an A6X chip and 1 GB of memory, and it also includes a Retina display and the new Lightning connector…

” According to a source, shipments of Apple’s fourth-generation iPad with Retina display have been arriving at Apple Stores with notices to not open until tomorrow (images below). […]

Gurman’s report lines up with info given to investors by KGI Securities’ Ming-Chi Kuo last month, which said Apple was going to be replacing the iPad 2 with the iPad 4 soon. The analyst pointed out that this would give Apple a full Retina/Lightning device lineup.

While the move makes sense on paper, I have to say that I remember the iPad 4 as being this thick, overweight device that I couldn’t hold in my hand for long periods of time. I can’t imagine opting for something like that over the iPad Air for the sake of saving $50.

In fact, Best Buy usually has the Air on sale for $450 or close to it.