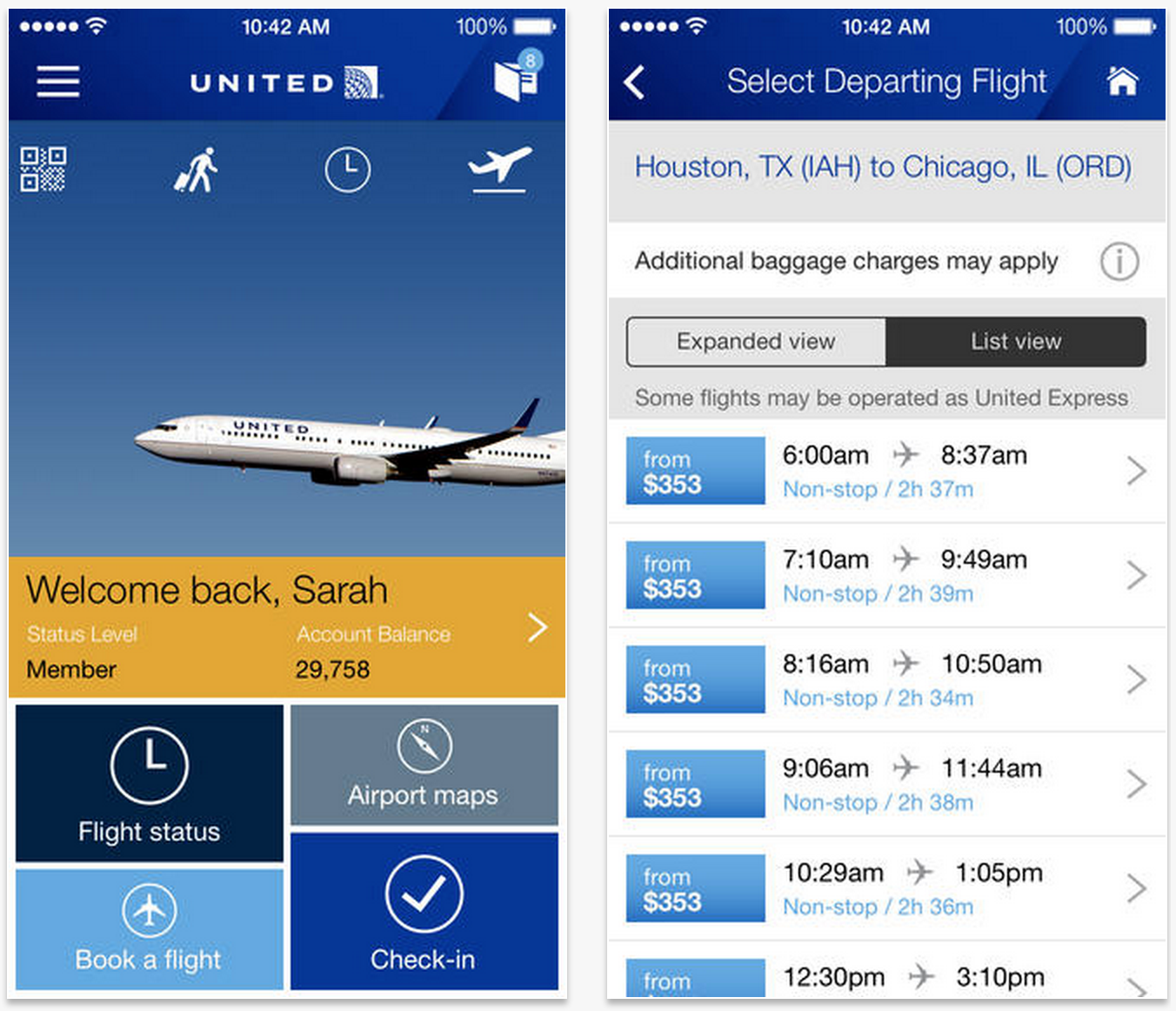 United Airlines is looking to introduce a new inflight movie service for iOS users next month, according to a new report. The service will allow iPhone and iPad owners to watch over 150 movies and 200 TV shows on their devices for free.

Users will have full control of the content, meaning they can stop, pause, rewind and switch between videos. And it sounds like all you’ll need to access the service is the United Airlines app—no purchase of an in-flight Wi-Fi plan required…

According to United, “Most planes will be equipped with the new system very soon, and we’ll have it installed on most domestic aircraft by the end of 2014. We’ll begin on Airbus A319, Airbus A320, Boeing 747-400 and select 777-200 aircraft, followed by additional fleets. In the end, all United-operated flights will have some form of entertainment.

The site explains that it will work like this: when boarding a compatible United Airlines flight, make sure you have the latest version of the United app installed on your iOS device. The service works with laptops as well, with the help of a plug-in.

Once inflight with the appropriate things installed, users will see their selection of movies and TV shows. They can then choose a title, on demand, and start watching. If they finish a program, or grow tired of it, they can switch to something else.

This new service is expected to start rolling out in April to select aircraft, and will be available on most domestic planes by the end of the year. If you’re interested, you can find the latest version of the United Airlines app in the App Store for free.