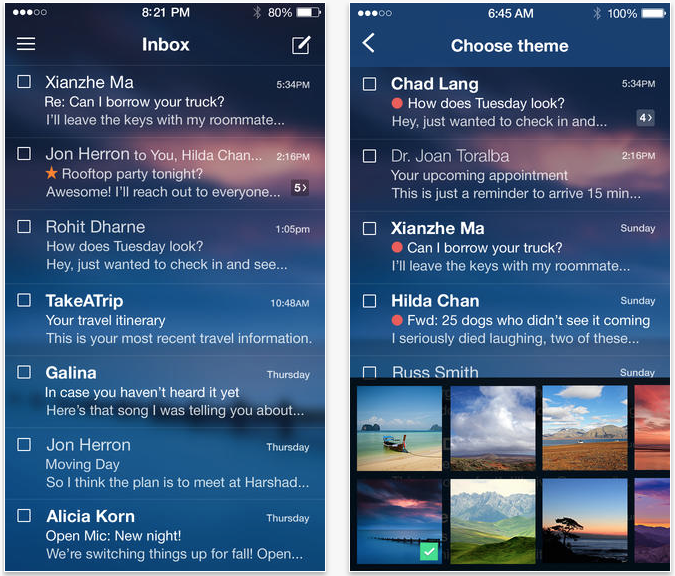 Yahoo has posted a small but significant update for its iOS Mail client this afternoon, bringing the app to version 2.0.5. Aside from the usual bug fixes and performance improvements, the update brings about deeper VoiceOver support.

This is more of a PSA than an update alert—a lot of folks depend on Apple’s VoiceOver feature in iOS to help them navigate about apps, input and read text, and perform other actions. And now they can utilize the feature in Yahoo Mail…

– Optimized for use with the VoiceOver accessibility feature in iOS.
– Bug fixes and performance improvements.

And here’s an excerpt from Apple’s VoiceOver page:

Whether you’re composing an email or jotting a note, VoiceOver echoes each character on the keyboard as you touch it, and again when you enter it. Have VoiceOver speak each completed word. A flick up or down moves the cursor so you can edit precisely. To help you type more quickly and accurately, iOS corrects misspelled words. Enable Speak Auto-text and you hear a sound effect and the suggested word spoken. Keep typing to ignore it, or tap the space bar to have your iOS device type it for you. Pair up an Apple Bluetooth keyboard, and VoiceOver talks you through inputting text in the same way.

I get a lot of emails and requests regarding VoiceOver-compatible apps from readers with vision impairments and other apps, so I’m always happy to see big-name apps like this get ‘optimized’ or whatever you want to call it to better support the feature.

Even if you don’t need VoiceOver help, Yahoo Mail is still a solid app. It received a huge update last fall with an all-new design and a new 1TB storage limit. If you’re interested, you can find the Mail app for both iPhone and iPad in the App Store for free.