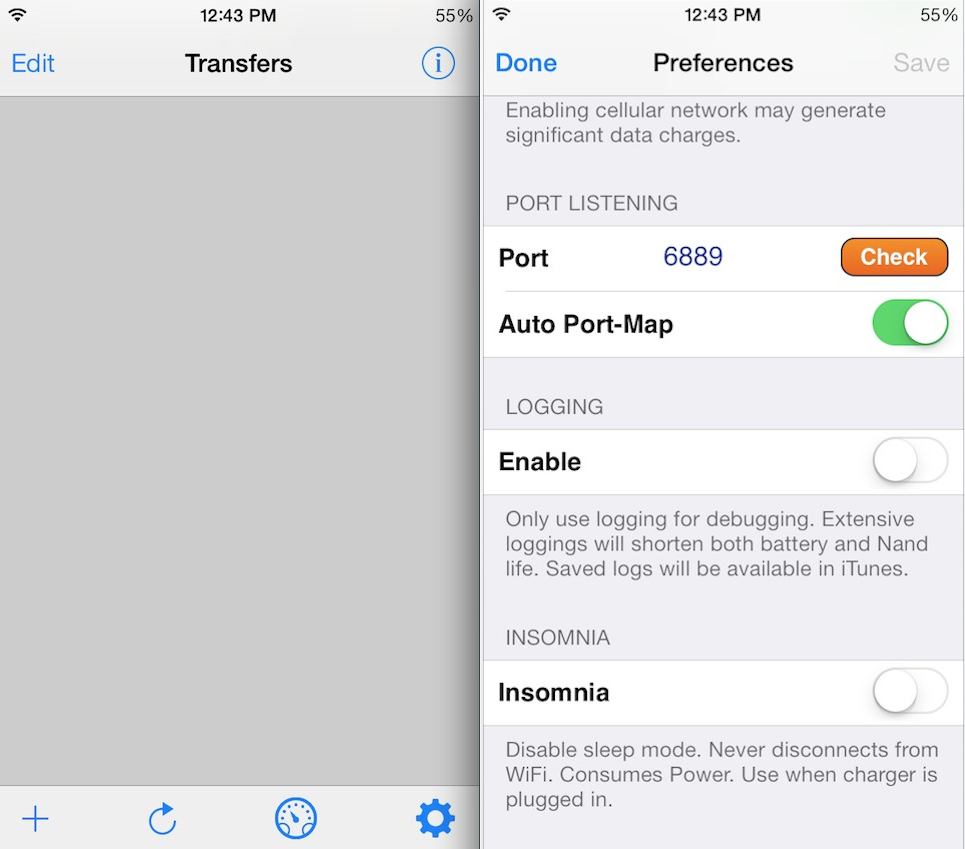 Good news jailbreakers: the popular BitTorrent client iTransmission has been updated to support iOS 7 and ARM64 devices. The app now works on newer iPhones and iPads, and looks good doing it thanks to its iOS 7-inspired makeover.

For those not familiar with the utility, iTransmission works just like its desktop counterpart, enabling you to initiate and manage torrent downloads on your iOS device. This is the app’s fourth iteration, and it looks to be better than ever…

Here are the release notes from the developer:

“iTransmission has been remade for iOS 4-7.x with 64 bit support and a brand new UI for iOS 7 along with some much needed features. Magnet links have been fixed properly in this version. iTransmission is a native iOS Bit Torrent Client designed to be used with ease.”

But despite its simple appearance, iTransmission is a very capable client. It allows you to set a maximum number of connections, connections per torrent, upload and download limits, and whether you can use it over Wi-Fi, Cellular or both.

Overall, the app is solid and I’d recommend it to anyone. I know BitTorrent gets a bad wrap for piracy, but so does jailbreaking, and I like to think people use both for good. In fact, this app + iFile makes for a killer productivity combination.

At any rate, if you want to check it out, you can find iTransmission 4 in Cydia, in the BigBoss repo, for free.