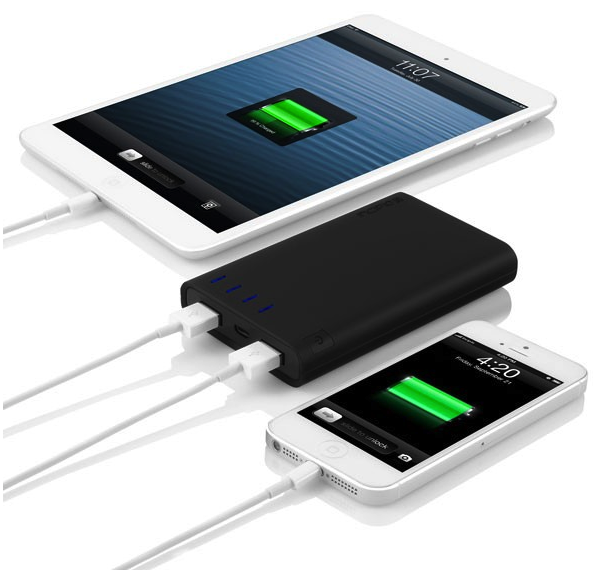 Right before leaving for CES, I received a survival pack from Incipio. CES survival is not necessarily about human survival, as much as it is about gadget survival. Opening the survival kit revealed an offGRID iPhone 5 Backup Battery Case and the offGRID Portable Backup Battery, both of which came in handy on my trip. An iPhone must eat too and at a large day-long event where signal is weak, battery juice drains like a leaking faucet.

Having portable power is essential when traveling or even if your older iPhone battery is not fit. Long plane rides are murder on an iOS device when chain smoking videos and Infinity Blade III sessions. Save yourself a dead device and take along a backup battery that is light and powerful… 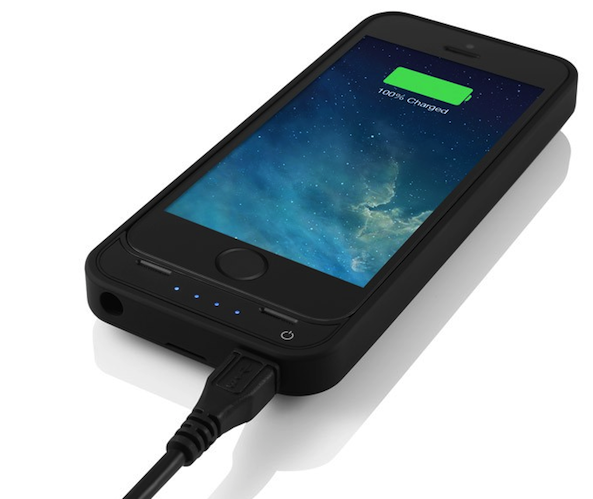 Measuring 138.18mm x 7.37mm x 62.mm (5.44″ x .29″ x 2.45″), the offGRID case only adds about 7-8mm to the top and bottom of an otherwise regular iPhone case. At just over 2 ounces, the added weight is not burdensome and is on par with, or better than the competition. Remove the bumper to install iPhone by sliding it down onto the Lightning pin. The bumper is then placed over top and around the iPhone, locking into the battery pack.

The offGRID for iPhone 4 was frustrating to install and remove due to issues with the bumper tab placements. Prying the case apart required a kitchen knife. Thankfully, the installation and retrieval process is completely fixed in this updated version of the offGRID case for iPhone 5/s.

The 2,600mAh charging capacity is enough to keep you rolling through an estimated 13 additional talk hours or LTE browsing, or 16 hours of Wi-Fi browsing and video playback. During a test, my iPhone was approximately 4% charged and it took about 2:15 hours to hit 100%. Even after providing a full charge, there was still some juice left in case, approximately 25%, as determined by the 4 LED charge indicators.

Accessing the headphone jack is slightly complicated by the charging mechanism. Listening to music with OEM Apple headphones is perfect, but a headphone port extender is included for any third party headphone cords, which are too thick to fit into the case. Above the LED indicators are two speaker channels to prevent muffling sound, if headphones are not utilized.

Overall, this is a great case and I enjoy using it when I know power is an issue. It is incredibly small, with a clean look, and smooth feel. Improved installation is appreciated, but the headphone jack extender is annoying, although a necessary evil. Pick one up for $65 via Amazon. 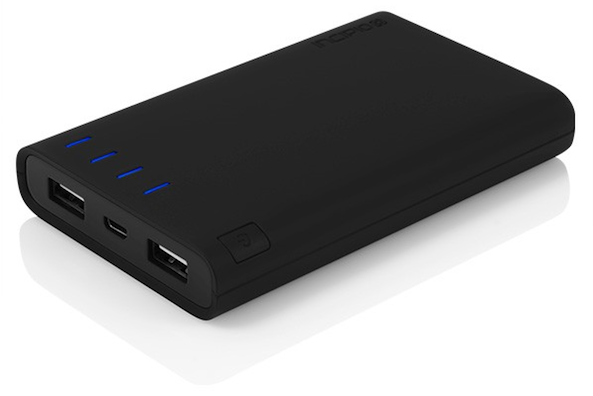 The granddaddy of the backup batteries, I used the 8000mAh dual port charger for testing with iPad mini and iPhone 5s. Like the backup case, 4 LEDs indicate battery charge level. Charge the backup battery with the included Micro USB cable and set out with confidence.

I carried the offGRID in my pack throughout CES, even around the show floor. It added no noticeable weight to my bag and took up less space than a pack of cigarettes, not that I smoke. Because the offGRID case and backup battery both use a Micro USB, I only needed to take one cable with me to charge both backups, further saving space.

If I were trying to decide between the two, I would go for the offGRID case because iPad already boasts a large battery capacity. Additionally, it is annoying to carry an iPhone around tethered to a backup battery while charging. The case is simple with the one touch button charging and no loose wires. Charging both iPhone and iPad simultaneously is amazing, especially in two hours, but the cord clutter is not my preference.

What do you prefer?