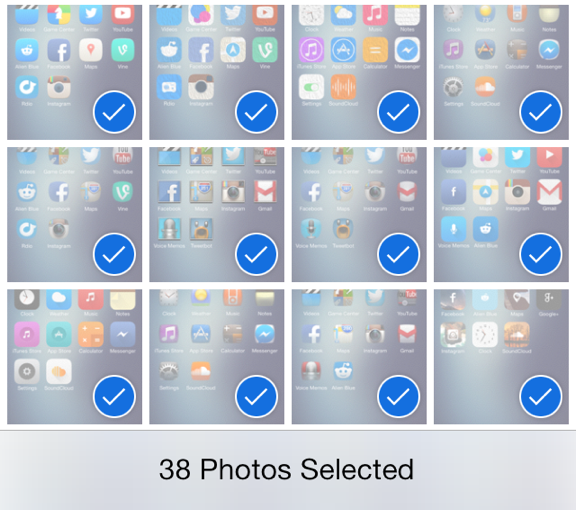 WhatsApp has emerged as one of the most popular cross-platform messaging services for iPhone and other devices, with a wide array of useful features that has attracted over 400 million active users.

One limitation of the service, however, is that you can only send a maximum of 10 photos at once, which can understandably be frustrating for some power users. Fortunately, a new jailbreak tweak called WhatsApp Unlimited Media removes that restriction…

Once installed, WhatsApp Unlimited Media lets you send an unlimited number of photos at once in both one-on-one and group chats. As an active WhatsApp user myself, I gave the tweak a spin on my iPhone and it worked as advertised. As you can see above, I was able to send well over 10 photos — 38 in fact, just as an example.

There are no options to configure in the Settings app, as this is a truly one-dimensional extension. If you’re someone that is constantly sharing photos with friends, family or co-workers, you’ll find the tweak especially useful.

A free tweak developed by AbsoluteAbsin and Weztimonial, WhatsApp Unlimited Media is available on Cydia in the default BigBoss repository. The package works on iPhone, iPad and iPod touch devices running iOS 7 or later.

Do you use WhatsApp as your messaging client of choice?