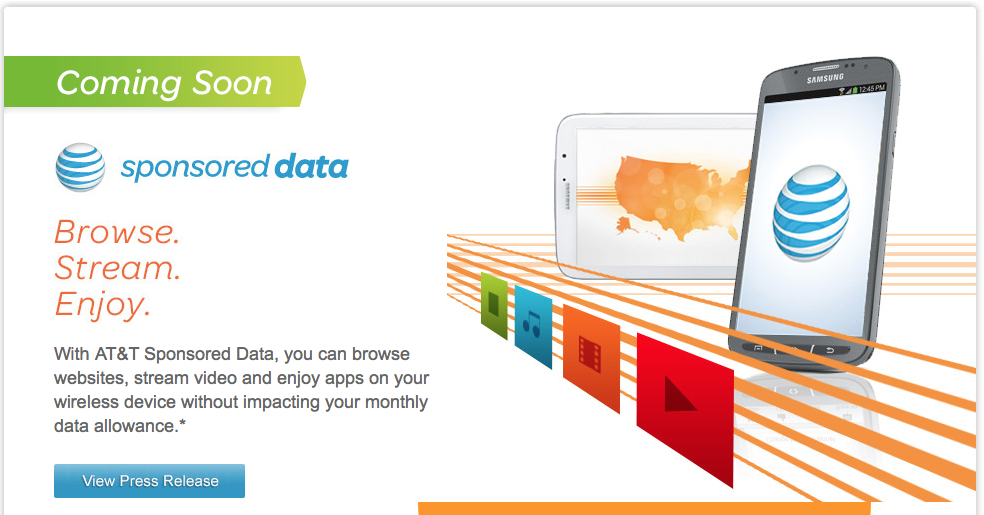 AT&T raised more than a few eyebrows on Monday when it announced a new ‘Sponsored Data’ program. The goal of the program is essentially to offer a way for companies to pick up the tab for 4G data usage whenever specific products or services are being used.

Initial feedback to the announcement has been a mix of “what an interesting idea” and complaints from net neutrality advocates. And today, FCC Chairman Tom Wheeler chimed in, using his time at CES to discuss his off-the-cuff thoughts on AT&T’s proposition…

The Verge has Wheeler’s comments from CES:

He outlined what wireless and broadband service companies should do to stay out of the FCC’s crosshairs: “you won’t screw up operation of the internet, you won’t act in anticompetitive or preferential ways.” He added: “We’ll use those kinds of tests to see what the appropriate response [from the FCC] will be, if any.”

The biggest fear is that AT&T’s new Sponsored Data plan could morph into a kind of anticompetitive practice. Specifically, it could help the apps and services of companies wealthy enough to pay for customers’ data box out the startups that can’t, creating a monopoly.

It’ll be interesting to see how this all plays out. This isn’t the first time AT&T has found itself in the FCC’s crosshairs. In 2012, the carrier came under fire for blocking FaceTime over Cellular access on iOS devices for customers who weren’t using its newer Share plans.

For more of our thoughts on AT&T’s Sponsored Data, check out this week’s episode of Let’s Talk iOS.