As first hinted back in November, Deutsche Telekom-owned Un-carrier, T-Mobile USA, just bought $3.3 billion worth of spectrum from Verizon Wireless, the nation’s top wireless carrier announced yesterday. The newly gained 700MHz spectrum licenses from Verizon should allow T-Mobile to take advantage of the low-band airwaves in nine of the top ten U.S. markets and 21 of the top 30.

What’s in it for you? Think better 4G coverage in rural areas and inside buildings. T-Mobile paid $2.36 billion in cash and $950 million worth of spectrum, by the way.

Oh, and T-Mobile’s CEO John Legere trolled AT&T’s CES 2014 party like a boss and got thrown out in the process. More on that right below…

The additional airwaves will also support T-Mobile’s LTE rollout across the country. Verizon expects that the transactions, pending an FCC approval, will close in the first half of 2014.

Legere (a David) got booted from the event AT&T (a Goliath) was throwing for its developers at the Palms Hotel after appearing wearing his familiar magenta T-Mobile shirt under a leather jacket, per Re/Code, a new technology news venture by former WSJ technology columnists and AllThingsD editors Walt Mossberg and Kara Swisher. 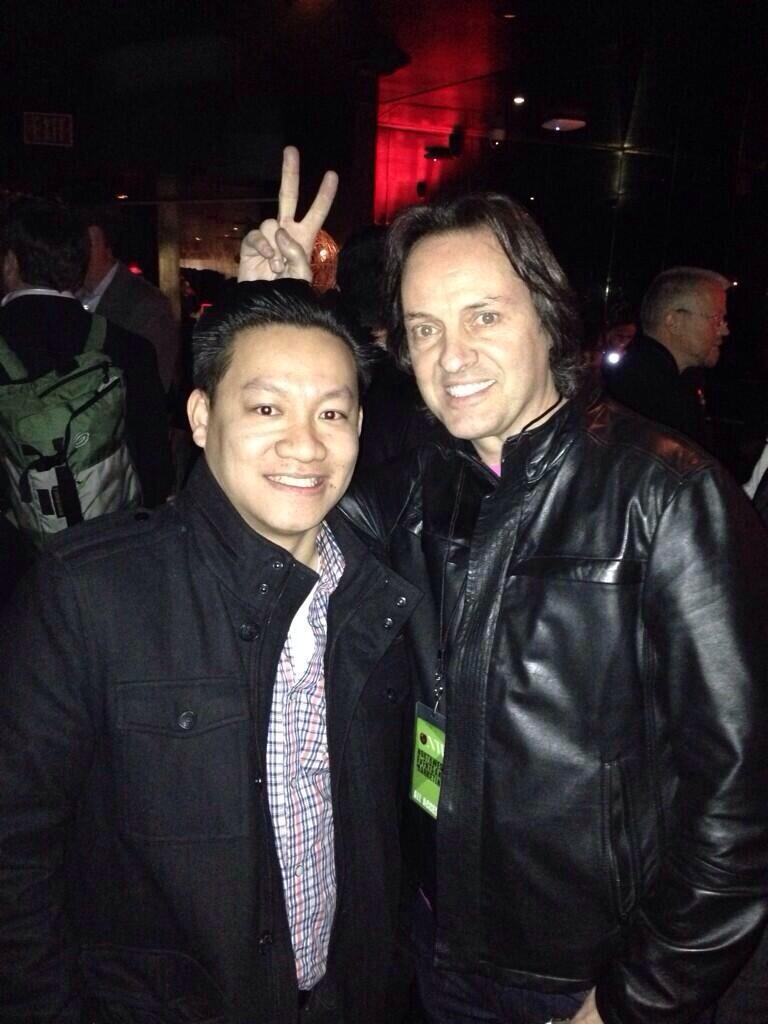 He got hauled out of the venue by security guards within fifteen minutes – a total lack of class on AT&T’s part. I mean, why exactly shouldn’t John Legere be allowed to attend an AT&T event? He wore a company T-shirt, so what?

“All of a sudden these gigantic goons said ‘Can I talk to you over here,’ ” Legere said, in an interview outside the Venetian hotel later on Monday, adding that he was told that if he didn’t leave immediately he would be charged with trespassing. Legere said he was also escorted from the premises.

And all he wanted was to see Mackelmore.

Way to stick it to AT&T!

What AT&T can’t seem to comprehend is that showing Legere the door has generated huge publicity for T-Mobile. That AT&T couldn’t refrain itself and handle the situation in a more gracious way tells me John Legere is clearly doing something right. 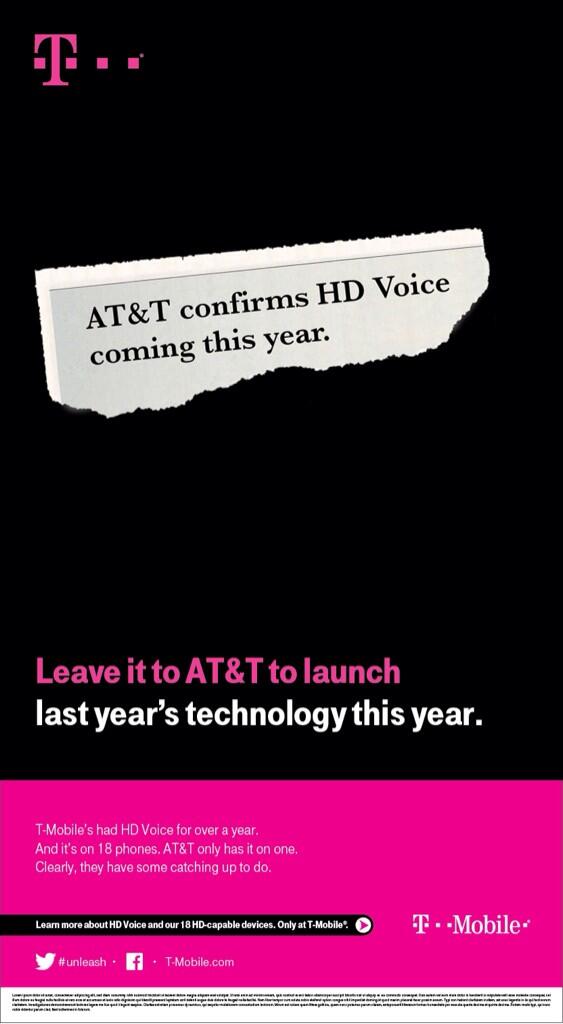 “Why don’t you just bring back the rotary dialer while you’re at it,” Legere wrote in a tweet accompanying this image.

Besides, throwing your competitor’s top dog from your own party is a sign of bad blood brewing between AT&T and T-Mobile. It just echoes heightened competition after T-Mobile’s non-appologetic approach to ending long-term carrier deals with their device installment plans and affordable service.

We got first glimpse of the nervousness on AT&T’s part when the nation’s second-largest telco said last week it would offer up to $450 worth of credit to T-Mobile’s prepaid customers who would jump ship.

Wow, @ATT – We know you like to copy us, but announcing you might, maybe have something we’ve had a year later? #comeon #uncarrier #CES2014

The offer was met with ridicule among tech circles and T-Mobile was quick to issue the following executive statement on its website:

This is a desperate move by AT&T on the heels of what must have been a terrible Q4 and holiday for them. I’m flattered that we have made them so uncomfortable! We used AT&T’s cash to build a far superior network and added Un-carrier moves to take tons of their customers – and now they want to bribe them back!

Consumers won’t be fooled…nothing has changed; customers will still feel the same old pain that AT&T is famous for. Just wait until CES to hear what pain points we are eliminating next.

The competition is going to be toast!

The AT&T CES party situation is yet another reason why I’m being sympathetic to John Legere: here’s an extroverted, fierce and fearless CEO who doesn’t shy away from swearing in public, calling out his competitors and exposing their service plans for what they (mostly) are: a rip off.

It’s war and Legere is the new Sun Tzu!

And in the process of doing so, he made me a believer.

Oh, and he has a magenta Batman signal on his Twitter bio background!

For those wondering: more borderline-crazy stuff is coming from T-Mobile tomorrow, Legere teased in a tweet, and we heard Un-carrier 4.0 will eliminate another major customer pain point.