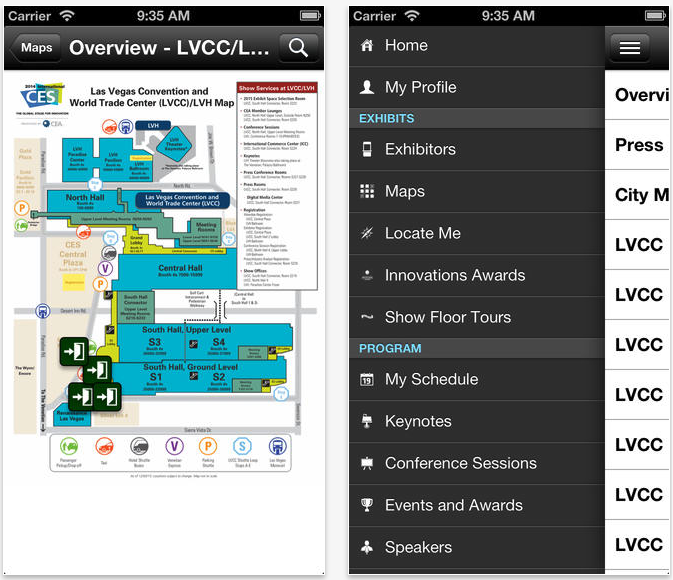 Attendees will use the CES Mobile apps to explore various areas of the conference, and collect badges for each iBeacon they encounter. And the first 3 to collect all of the badges will be rewarded with prizes such as tablets and other gadgets…

“New this year at the 2014 International CES®, attendees can participate in the first promotional iBeacon-based scavenger hunt to explore the event and be rewarded with a special prize. Owned and produced by the Consumer Electronics Association (CEA)®, the 2014 CES, the world’s gathering place for all who thrive on the business of consumer technologies, will run January 7-10, 2014, in Las Vegas, Nevada. […]

“This promotional scavenger hunt demonstrates our commitment to leveraging the latest in emerging technologies, making CES the most interactive and engaging technology event of the year,” said Jeff Joseph, senior vice president of communications and strategic relationships at CEA. “This promotion is a fun and novel way to introduce attendees to iBeacon technology and encourage participants to visit important exhibits across the show floor.”

The Association is partnering with a number of companies like Radius Networks Inc.—the leading provider of mobile proximity services—and Texas Instruments to implement the scavenger hunt, and then of course various others for the different prizes.

For those unfamiliar with the conference, the Consumer Electronics Show is an internationally renowned electronics and technology trade show, held annually each year in Las Vegas Nevada. It typically attracts over 500 vendors and some 150k attendees.