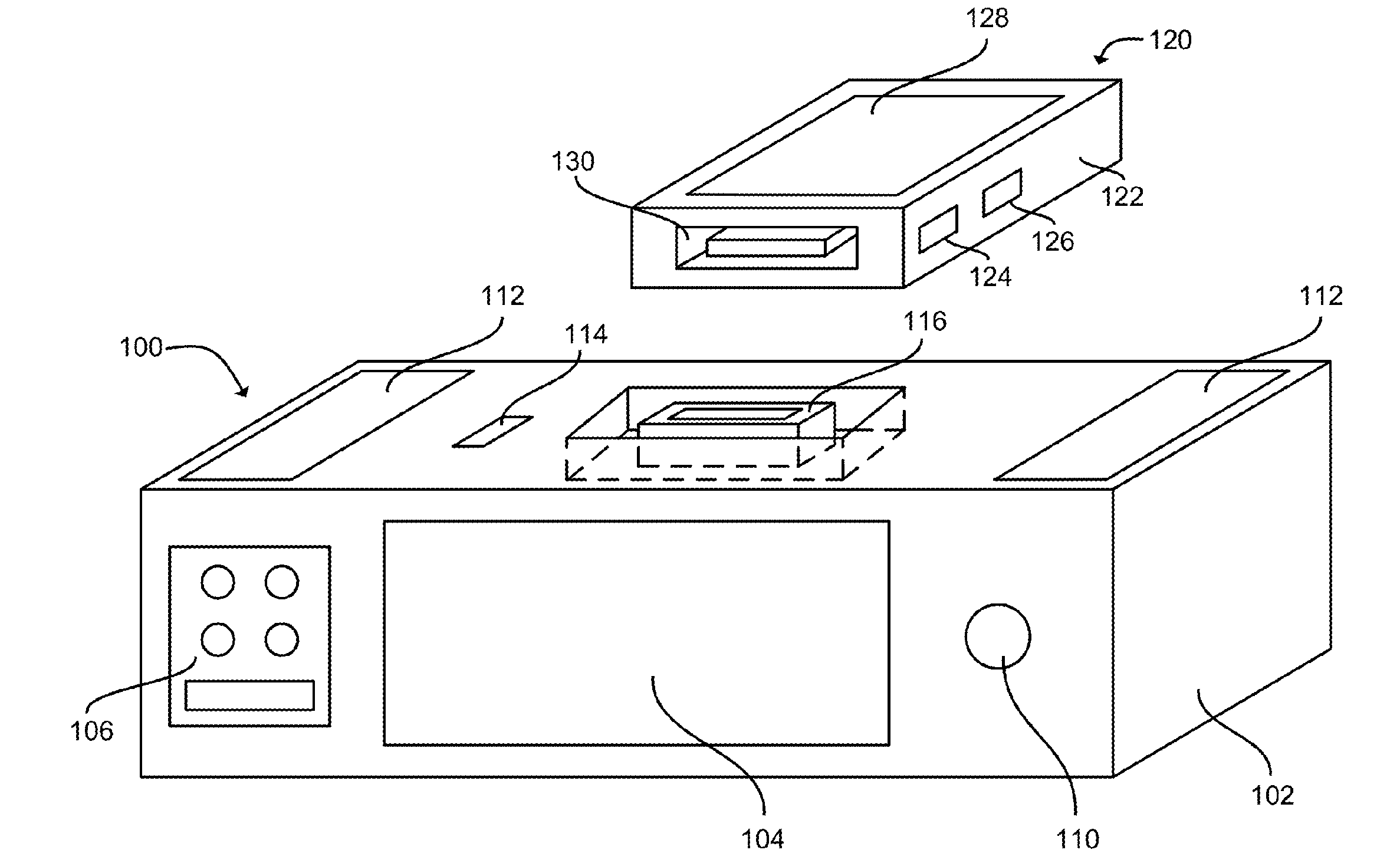 An interesting Apple patent application has surfaced in the United States Patent and Trademark Office (USPTO) database on Thursday. Titled ‘Smart dock for activating a voice recognition mode of a portable electronic device,’ the filing basically describes a smart dock of sorts for the iPhone, iPod touch and iPad devices with a unique feature giving Apple’s Siri digital personal assistant a permanent place in your home, with a cool always-on functionality.

Unlike Motorola’s Moto X handset with on-device Google Now feature always in the listening mode and responding to the ‘OK Google’ phrase, Apple’s patent relies on a hardware dock providing the listening functionality, with users being able to set a custom audio prompt that will trigger Siri…

The USPTO patent filing outlines a dock for a portable electronic device such as the iPhone which has an integrated microphone within the housing and a processor handling sound pattern recognition.

A user would have the ability to assign a specific audio prompt that would trigger Siri, such as a spoken phrase or various other sounds such as a finger snap or hand clap.

The always-listening dock would continuously pick up sounds and listen to the specific keyword or audio prompt before activating the iPhone’s voice recognition feature. The dock could even have a built-in screen, as per Apple’s filing, with other embodiments mentioning a scroll wheel, tactile controls and even a touch panel. 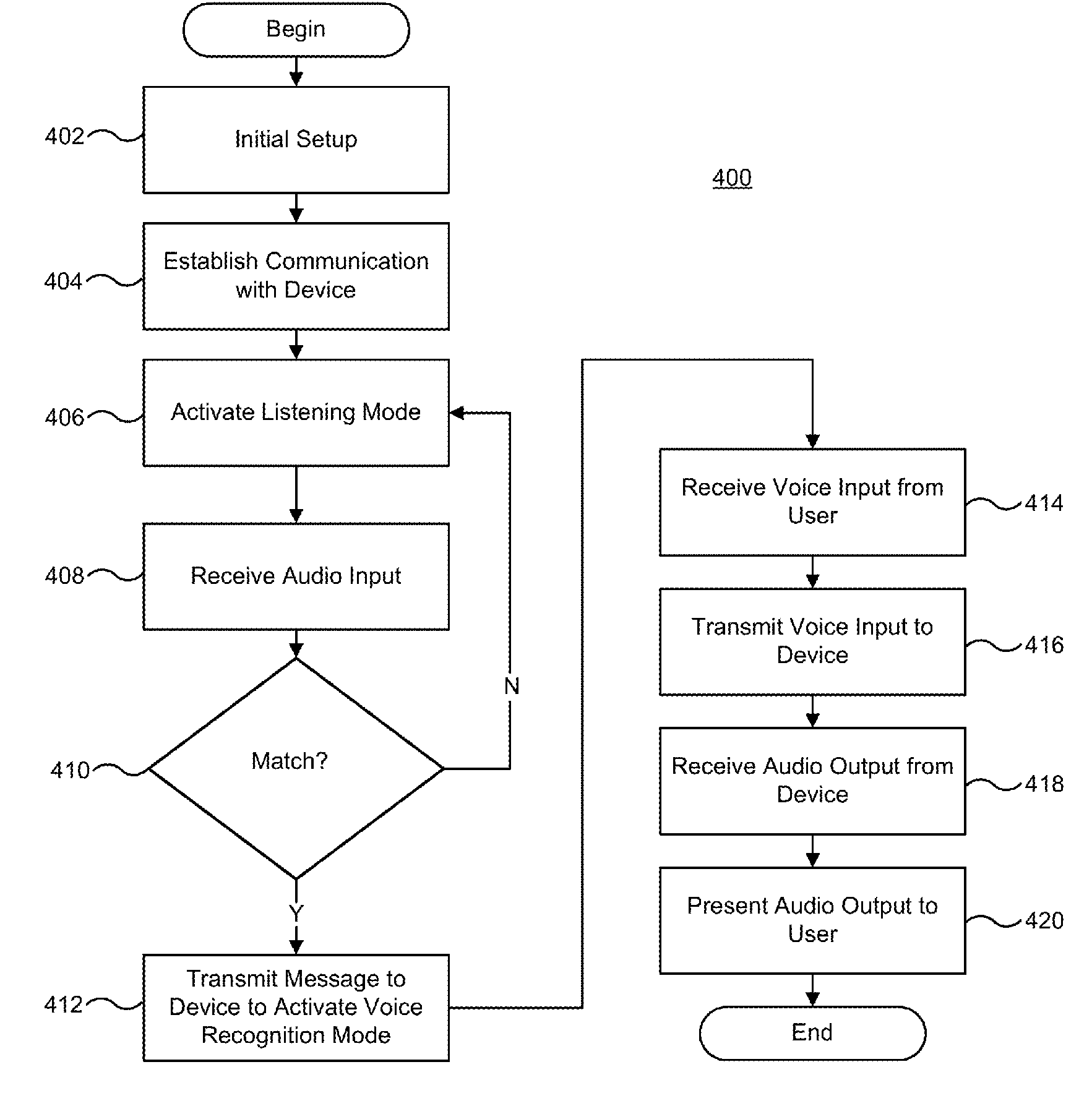 So, rather than provide the full voice recognition and Siri functionality, the dock’s embedded processor would only have to handle recognizing a specific sound pattern or keyword that would instruct Siri running on an iOS device to take it from there.

In relaying spoken commands to the docked iPhone, the smart dock itself would not (theoretically) have to include a powerful processor. The accessory would also execute any operations returned by the docked device, meaning it would need to include a wireless communications module for interacting with iCloud.

By setting listening thresholds, the dock can selectively filter out ambient noise while still allowing a user to operate their device remotely using only audio cues. Since the system relies primarily on audio input, an effective limiter must be implemented to ignore responses by Siri. In these scenarios, the dock would deactivate listening mode during voice recognition operations.

Users could also say a specific command to deactivate Siri or the dock could time out Siri voice recognition and put the iOS device to sleep after a predetermined time period.

The smart dock invention was filed in May 2012 and credits Apple engineers Scott Krueger, Jesse Dorogusker and Erik Wang.

As with any Apple patent, whether or not the company chooses to turn this particular invention into a reality is up for anyone’s guess. It should be noted that Apple files a lot of patents that never see the light of day.

It’s entirely possible that Apple had considered this smart dock as a way of putting Siri in your home. However, as the patent application was filed before Motorola’s always-listening Moto X handset became available, I suspect the iPhone maker abandoned the Siri-enabled dock idea.

Instead, I think Apple would want to enhance the M7 motion coprocessor so that it listens to microphone input for the sound/phrase trigger without burdening the main A7 processor, enabling the kind of always-on Siri functionality found on Motorola’s handset.