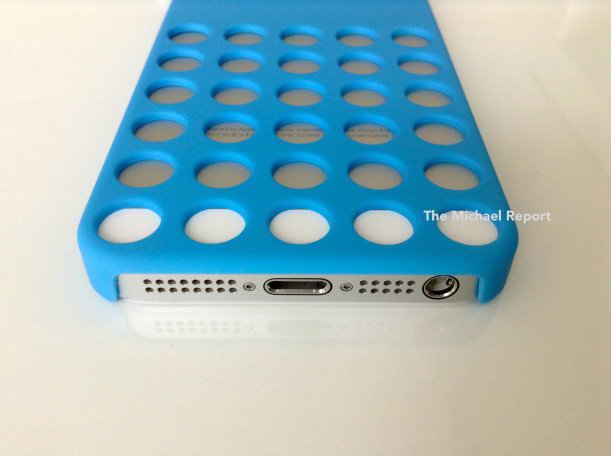 Apple caused quite a bit of commotion this September when it unveiled two new custom cases for its two new iPhone models. The 5s case is boring for the most part, made of leather, but the 5c case and its crocs-like design drew a number of oohs and aahs.

In our review, we praised the case for its construction, but questioned the placement of the rear holes as they let part of the ‘iPhone’ label show through. Well interestingly enough, a new report claims Apple was working on a crocs-like case for the 5s as well…

“But what many didn’t know was Apple actually planned the exact same case design for the iPhone 5/5S, before backtracking and offering the premium leather options instead, deeming it to be a safer choice (as opposed to the iPhone 5C case’s riskier design) for what they thought would be the more popular iPhone out of the two. […]

A couple days ago, a source within Apple agreed – very kindly – to pass on one of prototype cases to me. This case, if Apple had decided to release the iPhone 5/5S version of the iPhone 5C case, would’ve had been in its final stages of being a prototype, just right before the mass production. In other words, the case you’re about to see is as real as it gets.”

Andrew goes on to say that there are two major differences between the prototype 5s case and the publicly-released 5c one. The first is that it has a 6×5 grid of holes, instead of 7×5. And the second is that there’s no silicon at the top or bottom of the iPhone 5s case. 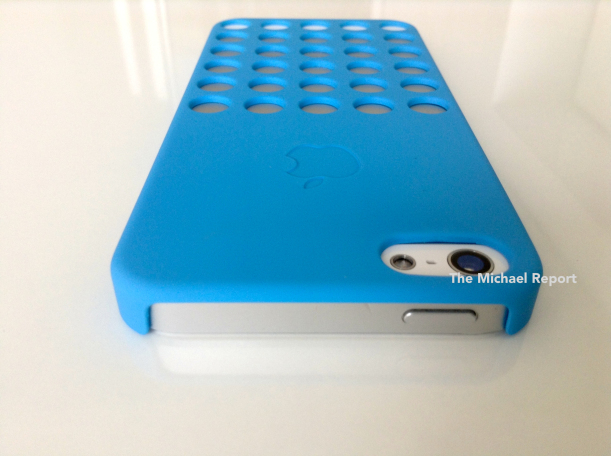 Of course, there’s no way to know for sure if these are photos of an actual Apple prototype or just a clever photoshop rendering. But we will admit that the fact that Andrew’s previous employers include AllThingsD and Reuters lends a small bit of weight to the claim.

At the very least, these photos show what a crocs-style case would look like on the iPhone 5s. And if the prototype is real, then it’s probably a good thing that it never left Apple’s R&D labs. The two-tone shell of the handset, in my opinion, looks odd through the holes.