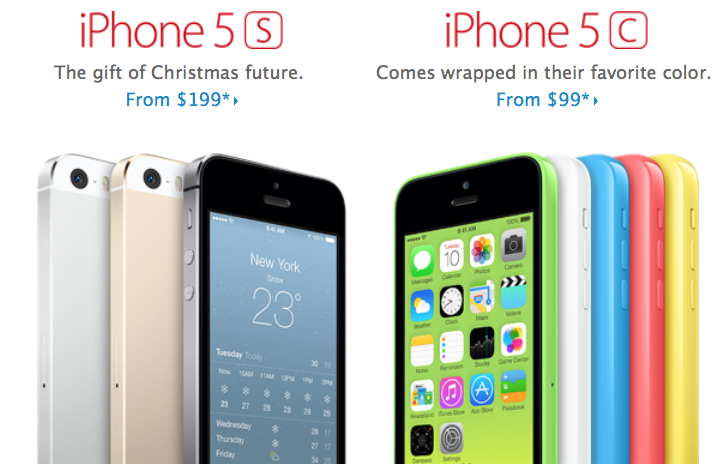 As shocking as it is to folks who live in the United States, in most places around the world smartphones are actually sold contract-free. This is especially true for Europe and certain parts of Asia, where people typically buy even the highest-end devices full price and separate of wireless contracts. It is also true, however, that off-contract unlocked iPhones usually command the lowest prices in the U.S.

Elsewhere, an unsubsidized iPhone can set you back a fortune due to local regulations dealing with import taxes, fees and other factors affecting cost of doing business locally. Here’s an interesting chart depicting iPhone prices around the world, both in absolute terms and as a percentage of gross domestic product (GDP)…

Here’s a fun interactive chart put together by MobileUnlocked, which tracked the price of the iPhone 5s across 47 countries in native currencies with native sales tax, and then converted those prices into US dollars or British pounds via Open Exchange Rates.

The map reveals that, in terms of a percentage of GDP, China is the most expensive country to own an iPhone 5s: the handset’s cost typically represents 9.55 percent of the country’s average GDP.

The United States, where an average selling price of the iPhone 5s is just 1.15 percent of the nation’s average per-capita GDP. 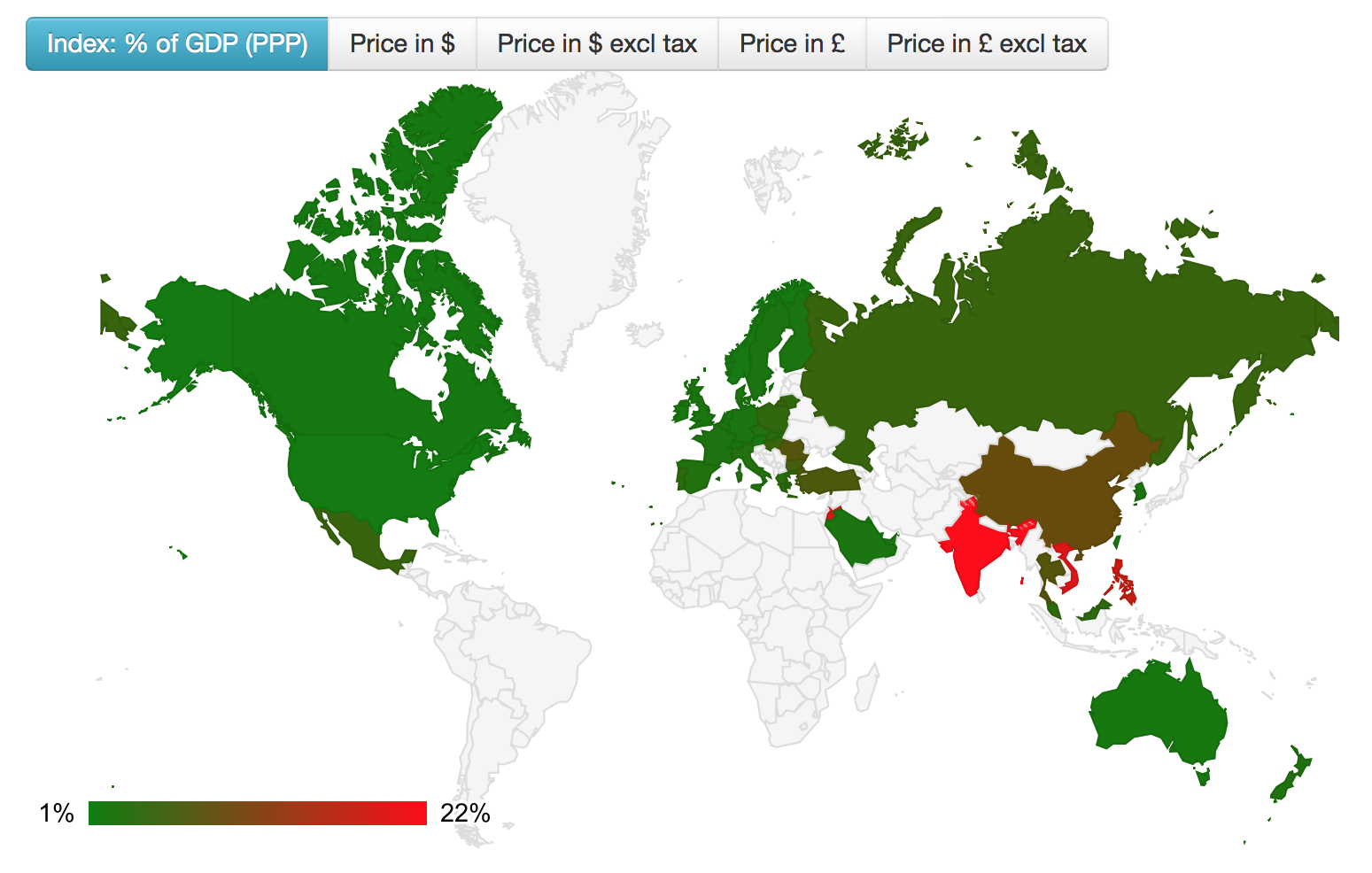 In terms of iPhone prices versus average income, customers in Vietnam will need to fork out a whopping 22.3 percent of their annual salary for a contract-free iPhone.

India is followed by Vietnam (19.8 percent), Jordan (18.2 percent) and Philippines (18 percent). Compare that to the United States, where paying for your iPhone 5s upfront means taking a 1.4 percent hit on your annual salary, or 2.4 percent in the case of the United Kingdom.

If we take a look at retail prices of the unlocked iPhone 5s, normalized by translating native currency into U.S. dollar, the United States comes in cheapest at $707 (including California sales tax).

Jordan, where buying an iPhone means parting with $1,091 worth of local currency.

It should be noted that iPhone prices before and after taxes vary greatly from one country to another, due to the vast differences in local regulations and tax laws.

Blame it on the governments, writes Tim Worstall over at Forbes:

The prices used include sales taxes (and for the US, Californian ones are used for the whole country) and those obviously vary in each taxing jurisdiction. Then there are also various places that have import taxes on electronics.

The author also explains the magic of price points:

You can interact with the chart yourself over at the MobileUnlocked website by hovering over the country in the table on the right for the specific source.

The chart is based on the entry-level iPhone 5s with sixteen gigabytes of storage, with prices taken from the local Apple Online Stores where available, otherwise from Apple authorised resellers.

Does the unlocked, off-contract iPhone 5s cost too much in your country?

Feel free to share anecdotal evidence down in the comments.