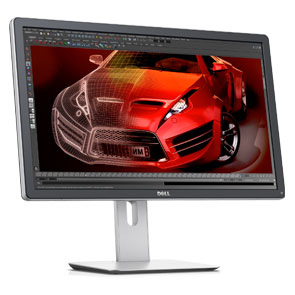 Three and a half years ago, Apple released the iPhone 4 which introduced the world to the then-new Retina display.

In Apple’s parlance, Retina is basically a cleverly-coined marketing moniker which stands for a screen with pixels so densely packed that the average eyesight (20/20 vision) is unable to discern the individual ones at normal distance.

Apple has since Retina-fied its iOS device lineup, including some Mac notebooks. With the exception of the MacBook Air which stayed at 1,366-by-768 and 1,440-by-900 pixels for 11 and 13-inch models, respectively, we’ve been kinda keeping our fingers crossed for a Retina iMac this Fall.

Apple instead gave us a radically different Mac Pro as its first desktop so powerful it’s capable of driving three 4K displays simultaneously.

One would also expect Apple would by now have released a Retina Thunderbolt Display because the product’s been unchanged for almost two years. Instead, the firm opted for the waiting tactics until Retina-grade desktop screens become available at consumer prices.

That day is now looming as Dell on Monday released two 4K desktop monitors starting at just 50 percent more than the $899 Apple Thunderbolt Display. Just a year ago, you couldn’t find a decent 4K monitor under $5,000. But Dell’s only warming up: by early-2014, the computer maker plans to release a 28-inch 4K monitor priced at under $1000…

See more of everything — down to the smallest detail.

Dell’s new UltraSharp Ultra HD Monitor is available in 24 and 32-inch varieties, costing $1,399 and $3,499, respectively. What makes this news item interesting is the fact that both Dell and Apple source their desktop panels from same suppliers. 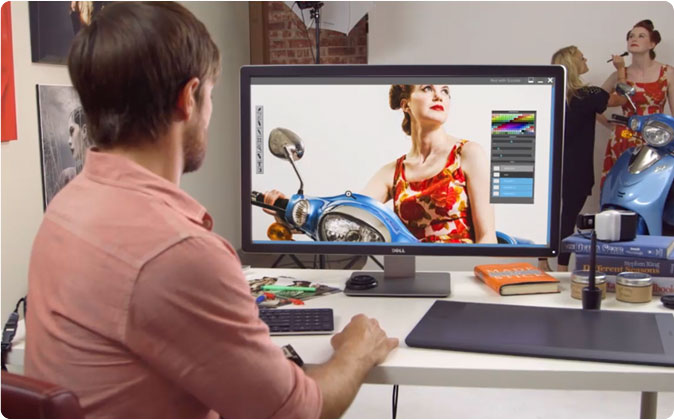 The 24-incher is available in the U.S. starting today and from December 16 globally.

The bigger one is available globally now. Dell will also release a 28-inch variant in early-2014, offering the same resolution and specs but priced at under $1,000.

Check out the 24-incher’s monster specs:

Now, I use glasses for any kind of computer work because my eyesight is suffering from years of starring at sub-par monitors. When you sit in front of a Thunderbolt Display, the canvas is so large it just consumes you. The high-end design and image quality are top-notch, but what this baby really cries for is a greater pixel count.

It’s not that the individual pixels are immediately visible to the naked eye.

However, there’s just no escaping the pixels – you can just tell this isn’t a Retina-grade screen as it lacks the clarity and detail of my iPad’s 2,048-by-1,536 Retina screen.

In past few months, technology has rapidly caught up with 4K resolution.

That being said, I suspect 2014 will be the year of Retina Macs.

Both a Retina Thunderbolt display and a Retina iMac are probably being worked on and readied for introduction as we speak. If anything, 4K makes most sense on a big, beautiful desktop monitor or on a jumbo-sized living room television set.

It’s especially great for movies as downscaling is not required at all.

OS X has been resolution-independent and we’ve had fat binaries supporting both Retina and standard-resolution content for years now. As a bonus, 64-bit processors and advanced graphics are the norm these days, at least on iPads.

So, why the company won’t release a Retina iMac already? When you think of it, Apple typically prepays billions for steady supply of LCDs, desktop panels and other components. If anyone can mainstream 4K displays at consumer-friendly prices, it’s Apple.

I don’t think Tim Cook & C0. are going to use the higher-end IGZO technology for a Retina iMac. Yield issues aside, IGZO tech does provide for a sharper image overall, but is still prohibitively expensive – for instance, Sharp’s 32-inch IGZO 4K monitor costs five grands.

Who’s ready for a Retina iMac?