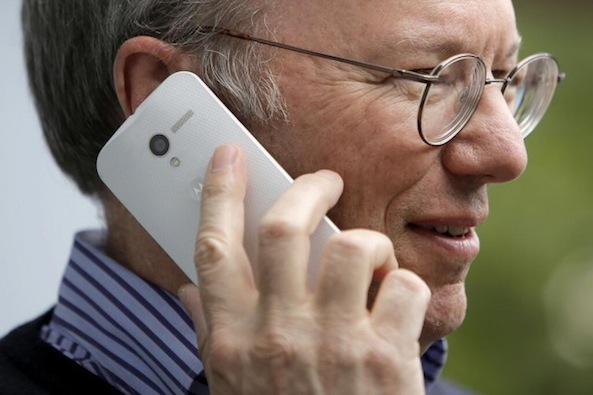 In an odd move, Google Chairman Eric Schmidt posted a step-by-step guide on his Google+ page yesterday, detailing how he recommends users go about switching from iPhone to Android. The guide is both lengthy and detailed.

Schmidt says his reason for posting the guide is that many of his “iPhone friends are converting to Android.” And he claims that like the folks who moved from PC to Mac and never looked back, Android users will never switch back…

“Many of my iPhone friends are converting to Android.  The latest high-end phones from Samsung (Galaxy S4), Motorola (Verizon Droid Ultra) and the Nexus 5 (for AT&T, Sprint, T-Mobile) have better screens, are faster, and have a much more intuitive interface.  They are a great Christmas present to an iPhone user!

Here are the steps I recommend to make this switch.  Like the people who moved from PCs to Macs and never switched back, you will switch from iPhone to Android and never switch back as everything will be in the cloud, backed up, and there are so many choices for you.  80% of the world, in the latest surveys, agrees on Android.”

The rest of the post is a tutorial on how to setup a new Android device, and how to transfer over pictures, contacts, email and of course music. Schmidt also notes “be sure to use Chrome, not Safari; its safer and better in so many ways.”

Again, it’s odd that a chairman would pen a post like this, and a lot of the rhetoric comes off as defensive for a company that feels like it’s winning the war. Then again, this could be more about the holidays coming up than anything else.

Eric Schmidt was named to Apple’s board of directors in August 2006 and he remained there until he resigned from the position in late 2009 due to ‘conflicts of interest’ amidst the growing competition between the two companies.