Apple is working to implement its new iBeacon technology into its retail stores, according to a new report from 9to5Mac. The tech, which is new to iOS 7, can pinpoint a device’s location within a few feet using low energy Bluetooth.

The iBeacon system will initially help Apple with sales, offering up pricing and information on products simply by a user walking up to them. And later it will be used to assist with services such as workshops and Genius appointments…

“Apple is said to have begun stocking up on iBeacon transmitters, and the company, in the next few days, will begin installing these sensors in many Apple Stores across the United States. These transmitters will be placed on the tables that house Apple products in addition to store shelves holding accessories. The technology will serve as a way to both improve the Apple shopping experience, and in-turn, boost product sales.”

According to the report, the integration of iBeacons within Apple’s stores will be used in conjunction with an upcoming update to the Apple Store app, which can give detailed information on a product when a user walks near an item. 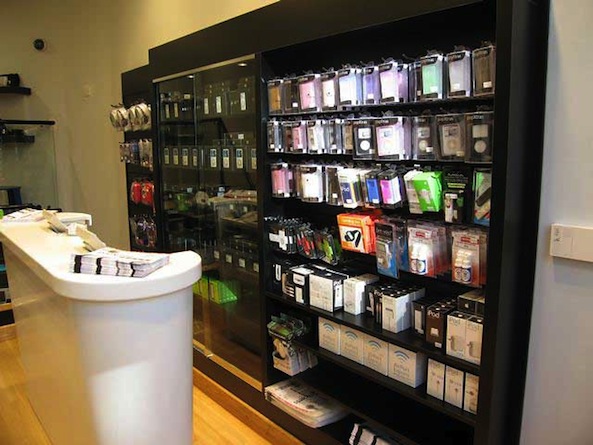 After the initial rollout, Gurman says that the iBeacon system will be updated to assist with in-store services. For instance, it will be able to notify customers in-store of upcoming workshops, Genius bar appointments, and product pickups.

The company is apparently also working on an indoor mapping feature for a future version of Maps for iOS, which too could utilize the iBeacon technology to better pinpoint a user’s location indoors and help them navigate through stores.

Expect to eventually see this tech in a number of retail stores sooner or later. Both the MLB and clothing retailer American Eagle Outfitters have already begun testing iBeacon systems, with the latter hoping to launch by the holidays.