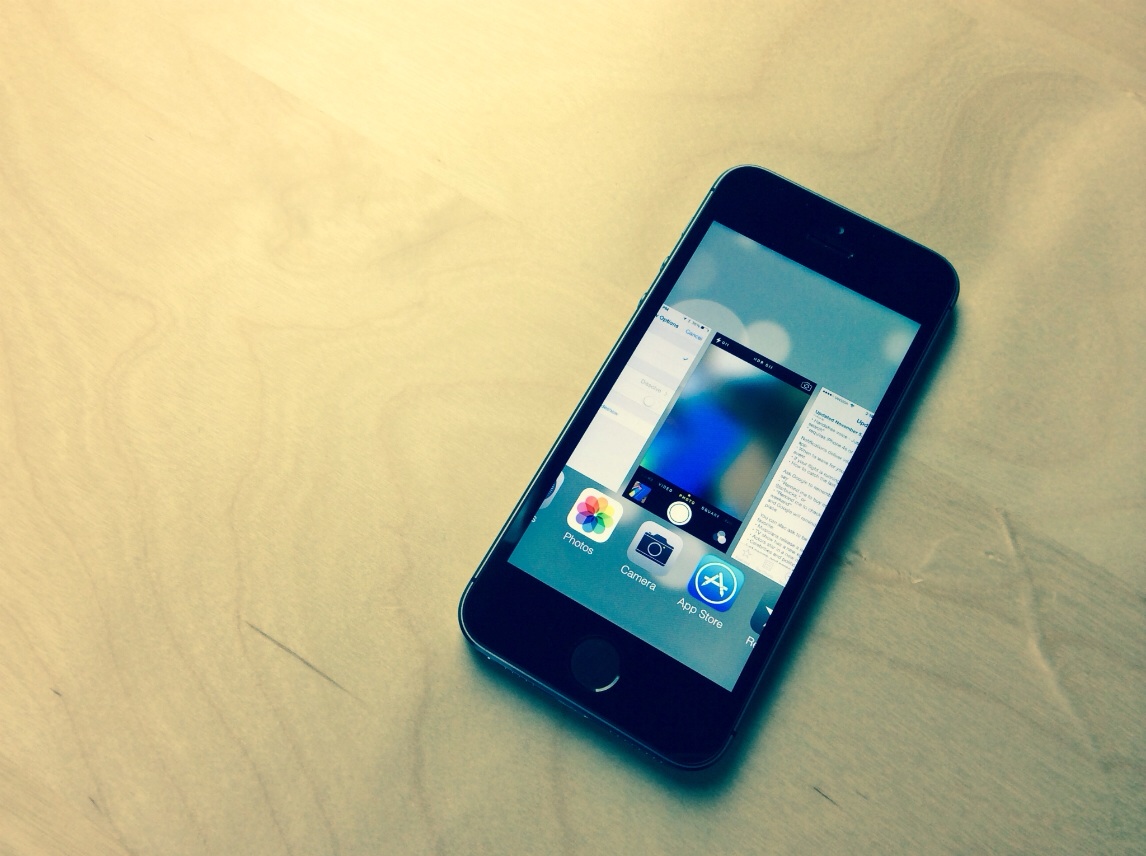 The iOS 7 app switcher is a significant departure from the previous way that app switching worked in iOS. Apple’s latest and greatest mobile operating system ditched the small app switcher that appeared near the bottom of the screen in favor of a more front and center app switching mechanism.

I don’t think you’ll find a single person out there that agrees that this new way is inferior to the app switching ways of old. Not only do we now have full screen previews of our running apps, we can also choose to eliminate them by means of a simple swipe up gesture.

But outside of the mere aesthetic appeal of the new interface, there’s more to be gained in day-to-day usage. Inside, you’ll find a couple of my favorite new, largely obvious, uses for the new app switcher.

Some people complain that the large screen app previews make it harder to discern the apps that are running. To some extent, that is true. For instance, it’s certainly true when the app preview for an app in question is nothing more than a black screen. That tends to happen often on iOS, as apps refresh and whatnot.

Thankfully, Apple was wise enough to include a matching app icon along with the full screen preview window. This app icon resides directly beneath the app, and allows you to quickly identify the running app just by glancing at it.

Although this is a fairly obvious detail, it’s easy to get our eyes trained on the bigger app preview above. If we work on focusing our eyes squarely on the app icon, we can quickly scroll through our entire running list of apps, and find the app that we’re looking for.

Another nice trick, and perhaps one that’s a bit more under underutilized, is the gathering of information from open app windows without leaving your current app. If that sounds a bit complicated, then let me explain.

When you invoke the app switcher, the interface zooms out to reveal all of your running apps. While the interface is zoomed out, the app that you last used is still loaded into memory. It’s like you never left the app until you actually tap on another app preview to switch from your previous app.

If you decide that you don’t want to switch apps after invoking the app switcher, all you need to do is tap the app’s preview window, or press the home button so that the current app regains full focus. 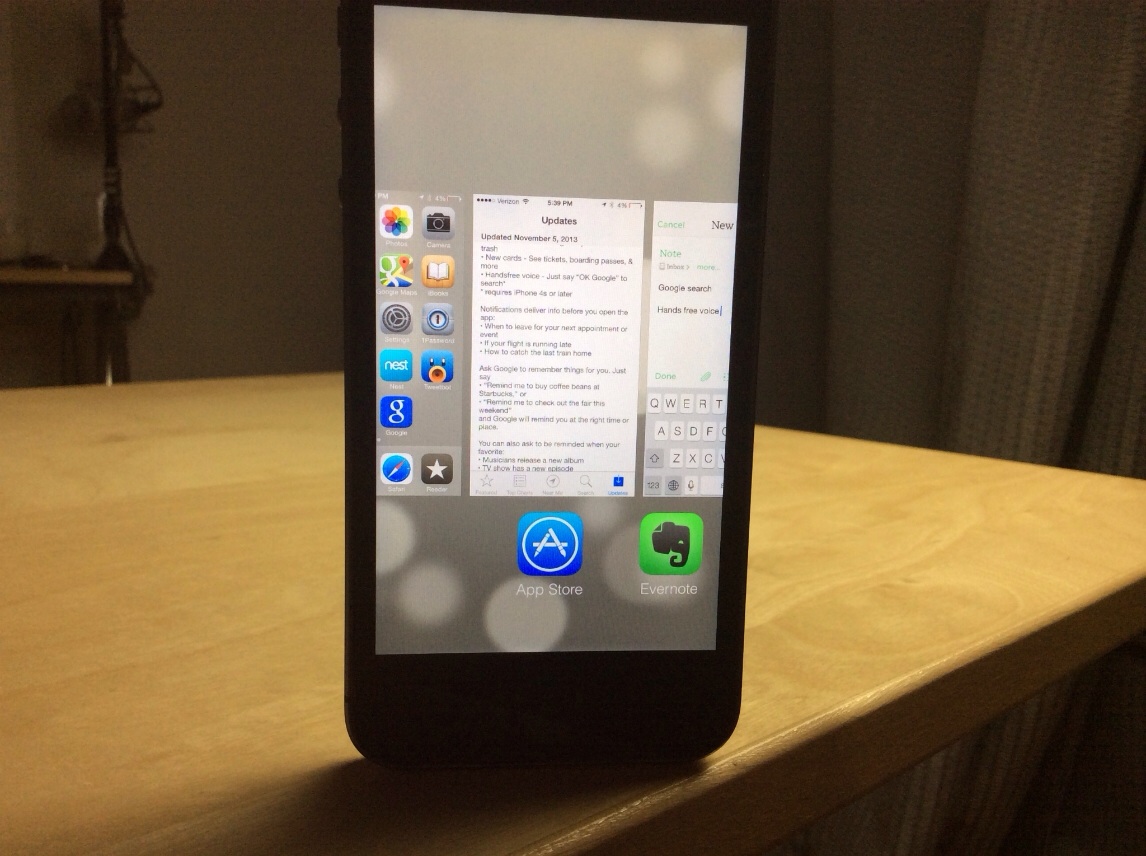 Since the app switcher now features full screen previews, there’s a serious advantage when it comes to multitasking, or should I say faux-multitasking. For instance, if I’m filling out a form via Safari, and I happen to need some information from another app that’s currently running, I can invoke the app switcher and swipe over to the app containing the needed information. Instead of tapping on the app, I use the opportunity to glean from the information displayed on its preview window. Afterwards, I can go back to the original Safari page, which was never lost from focus, and use the information I gained from the other app to finish filling out my form.

Sometimes we may wonder why Apple makes the design decisions that it does. Often, the benefits of these decisions aren’t readily apparent after first use. But after using iOS 7 for some time now, it’s obvious that Apple thought deeply about the usability of its new app switcher, and other new facets of iOS 7.

Of course, the basic features — swiping up to close out of apps, and the full screen previews themselves — are evident benefits that we all recognized right off the bat. But as I continue to use and familiarize myself with this new environment, I appreciate it even more. The iterative nature of iOS 7 has paid short term, and I believe it will pay long term dividends as far as overall usability is concerned.

I’m curious to see what you think, and if there are any app switcher features or tricks that you’ve noticed? If so, please feel free to share below.