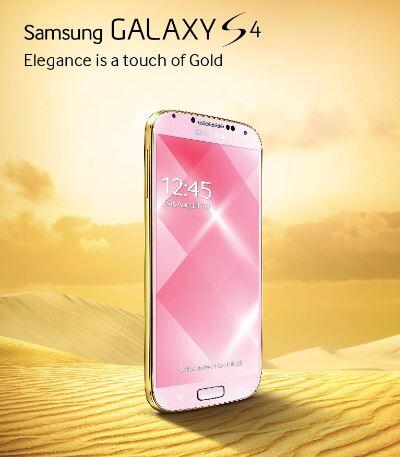 Last week, Samsung beefed up its marketing efforts for the Gold Edition of its Galaxy S4 smartphone. The handset technically launched back in late August, but the timing of its new advertising push spawned some negative PR.

The company’s highlighting of the gold S4 a week after Apple unveiled its gold iPhone brought about ‘copycat’ accusations—something the tech giant has been found guilty of on several occasions. But Samsung says that’s not the case…

For those that missed it, the Korean company published a rather odd blog post a few days ago, providing a bit of history on its production of gold phones. Now, it doesn’t mention Apple directly, but the whole thing feels very defensive.

“By now you probably know that aliens work with Samsung, well so do some gods – Midas, to name one. About a month ago on August 27th, Samsung launched the GALAXY S4 Gold edition in the United Arab Emirates (These were available in stores starting September 8th). It’s since also been released in Kuwait and Qatar.

Everybody loves gold, which is why we sometimes make phones in that color. (Or sometimes even with actual gold for the body!) See below to check out some of the phones we’ve released in gold in the past (just off the top of my head).”

The post goes on to list photos and models of gold-flavored phones Samsung has released over the years—all the way back to the 2004 Athens Olympic Phone. And it’s all as if to say “see, we’ve been making gold phones for a long time.” 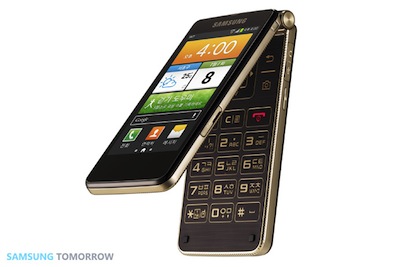 It’s not hard to imagine why Samsung is a bit sensitive to the whole copying thing. After all, it lost a very public lawsuit to Apple last fall that essentially found it guilty of being just that—a copycat. But what a strange way to respond.

Of course, it doesn’t help matters that the author of the post is listed anonymously as ‘A,’ or that they left the comments section open. Honestly, I don’t think this is a case of copycatting so much as it is of Samsung’s obliviousness.

From John Gruber: “We were making gold phones before anyone wanted one” isn’t a good argument for anything.”