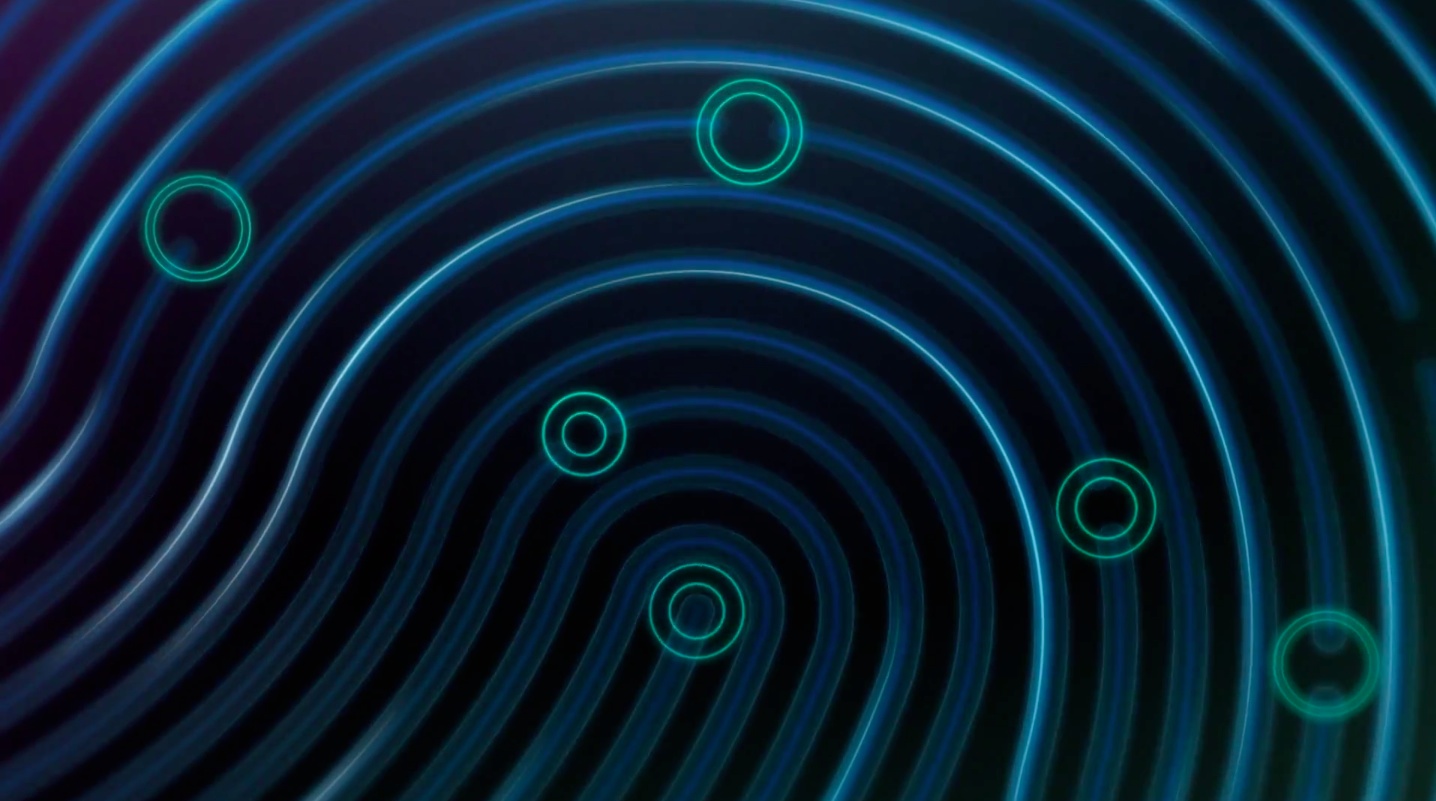 Despite its unreal size, Samsung of South Korea is an extremely agile company, one that moves at a blistering pace. The conglomerate has been called many things and is perhaps best-known as a fast-follower. The press attached that nickname to the Samsung brand due to the company’s ability to swiftly apply what others are doing to its own lineup and flood the market with countless products with small variations to them.

For example, Samsung announced its own gold Galaxy S4 variants merely two weeks following Apple’s September 10 iPhone 5s/5c keynote. And just 48 hours into Apple’s double iPhone announcement, Samsung co-CEO Kim Yoo-chul was quick to confirm his company’s next smartphones will have 64-bit processing functionality, even if “not in the shortest time”.

But now, Samsung has incomprehensibly decided to sit on the sidelines and watch instead how this fingerprint scanning thing on mobile unfolds…

Samsung exec who spoke to The Korea Herald maintains the company isn’t interested in adding fingerprint scanning technology to its next major Galaxy device (Galaxy S5, anyone?) because it considers the technology to be in its early stages “and unnecessary for its current lineup of devices”.

For now, the company will rely on the Knox software for added security.

“We never officially admitted that Samsung was weighing the fingerprint system and Knox for Galaxy Note 3 for security functions. We are not yet developing the technology,” a Samsung official said. 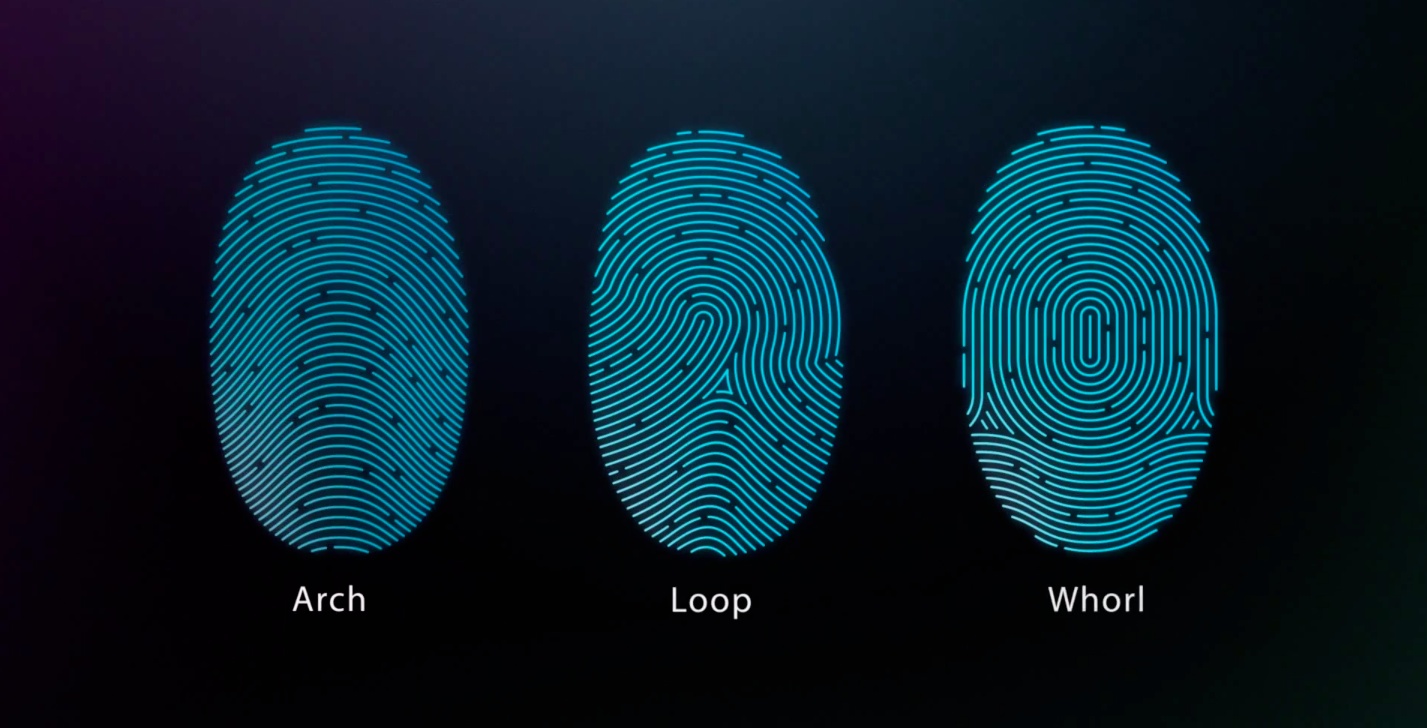 In the mobile sector, Samsung has been a fast follower instead of being a risk taker. It is waiting until its rival Apple opens up the market to some extent.

Samsung has to rely on the company for fingerprint functions, but its technology level is still behind Authentec in terms of patents and solutions. It will take a year more for the company to supply stable technology.

Although the Galaxy S5 probably won’t get fingerprint scanning capability, the technology may debut on a new Samsung phone in late 2014, the report notes. That Samsung is on the defensive in terms of biometrics doesn’t come as a surprise to those who’ve been following tech news closely in the past year or so. 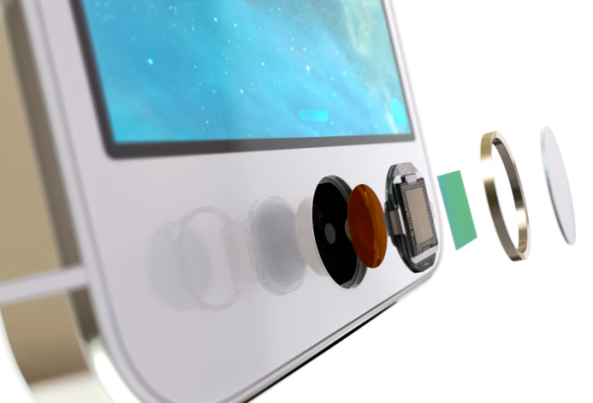 There have been fingerprint sensors on smartphones and laptops before the iPhone 5s.

Those who tried old-school sensors know what a hassle and annoyance these things are. When Apple set out to implement fingerprint-reading technology into the iPhone, they knew from the onset that the solution needed to be seamless, reliable and accurate.

This isn’t your father’s fingerprint sensor.

Not only did the company paid nearly $400 million to acqu-hire the world’s top maker of smart sensors, Israeli-based AuthenTec, it tapped world-class engineers and top biometrics security talent to design a fingerprint identity sensor right into the iPhone’s iconic Home button. 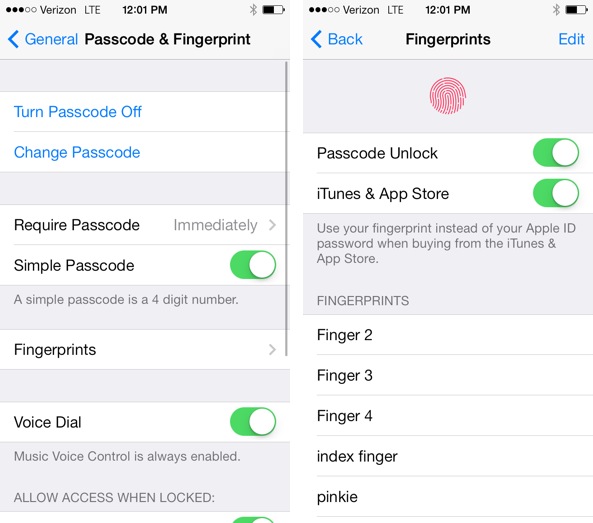 The now obvious solution has admittedly required a major rethinking of how smart sensors are engineered so Apple has developed innovative ideas which can’t be copied on a whim. In that regard, small wonder Samsung is unable to keep up with Authentec’s patents and solutions.

As one analyst said, Samsung is currently facing “an innovation hurdle” of sorts.

But even Apple’s solution isn’t bullet-proof. 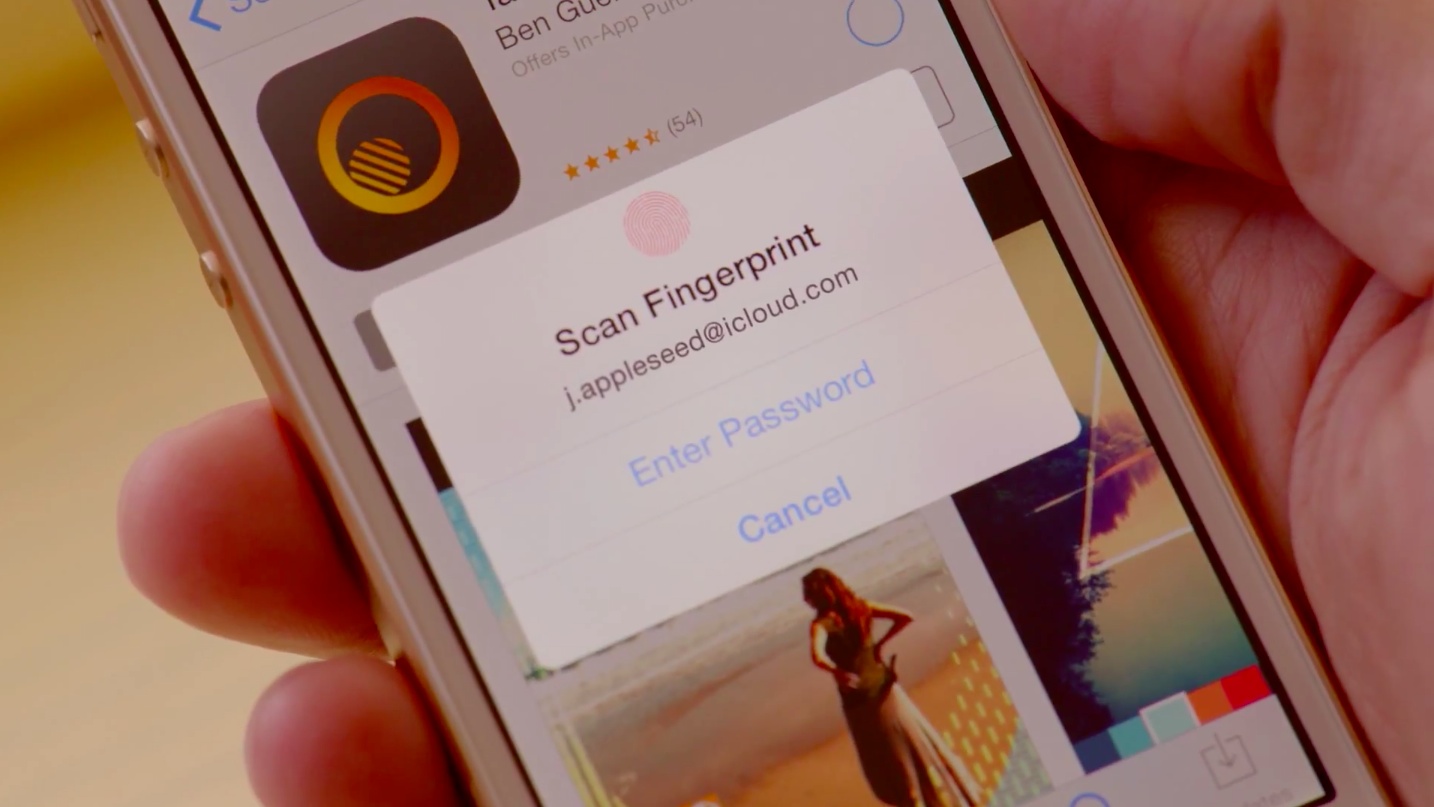 And with AuthenTec an Apple property, Samsung is now forced to buy its sensors from another party. In fact, just weeks prior to the Apple acquisition AuthenTec had signed a deal with Samsung to use its technology to bolster enterprise security in Galaxy devices.

Two months into the acquisition, Apple tells AuthenTec clients to go buy their smart sensors elsewhere. Samsung and others will for sure find alternative suppliers, but it’s got to sting a little as AuthenTec is the best company in the business.

Also notable: Samsung co-CEO’s comment on Apple’s A7 chip indicates the company – despite being a sole manufacturer of the Apple-designed silicon- was completely taken aback by the 64-bit part of the A7 announcement.

Big media has been speculating for some time that Samsung is bound to lose the lucrative contract to build the engine for the iPhone and iPad over legal wrangling with Apple, which culminated after a U.S. jury last year found the South Korean company guilty of lifting Apple’s patented technologies.

Samsung has long maintained that its consumer electronics unit doesn’t enjoy privileged access to its semiconductor arm out of fear of losing clients. Perhaps this time around Samsung has kept true to its promise, which might explain the hastily-worded comment on a 64-bit Samsung chip that’s coming but “not in the shortest time”.

While we don’t know yet who builds the Touch ID sensor assembly, it’s now public knowledge that there’s a walled off part of the A7 chip called Secure Enclave (the white rectangle on the image above). This is where the user’s fingerprint profile, not the actual fingerprint images, are kept to be matched against the Home button prints.

Only the Touch ID sensor has access to Secure Enclave. It’s off limits to the A7 chip, the operating system, applications and developers – all iOS 7 knows is that a fingerprint scan has produced a match.

I have no doubt in my mind that fingerprint scanning will make its way into Samsung devices. I’m guessing it’ll take a year or two until the company figures out how to engineer and mass-produce a reliable and accurate fingerprint-sensing technology for smartphones, one that might hopefully be capable of matching Apple’s Touch ID.