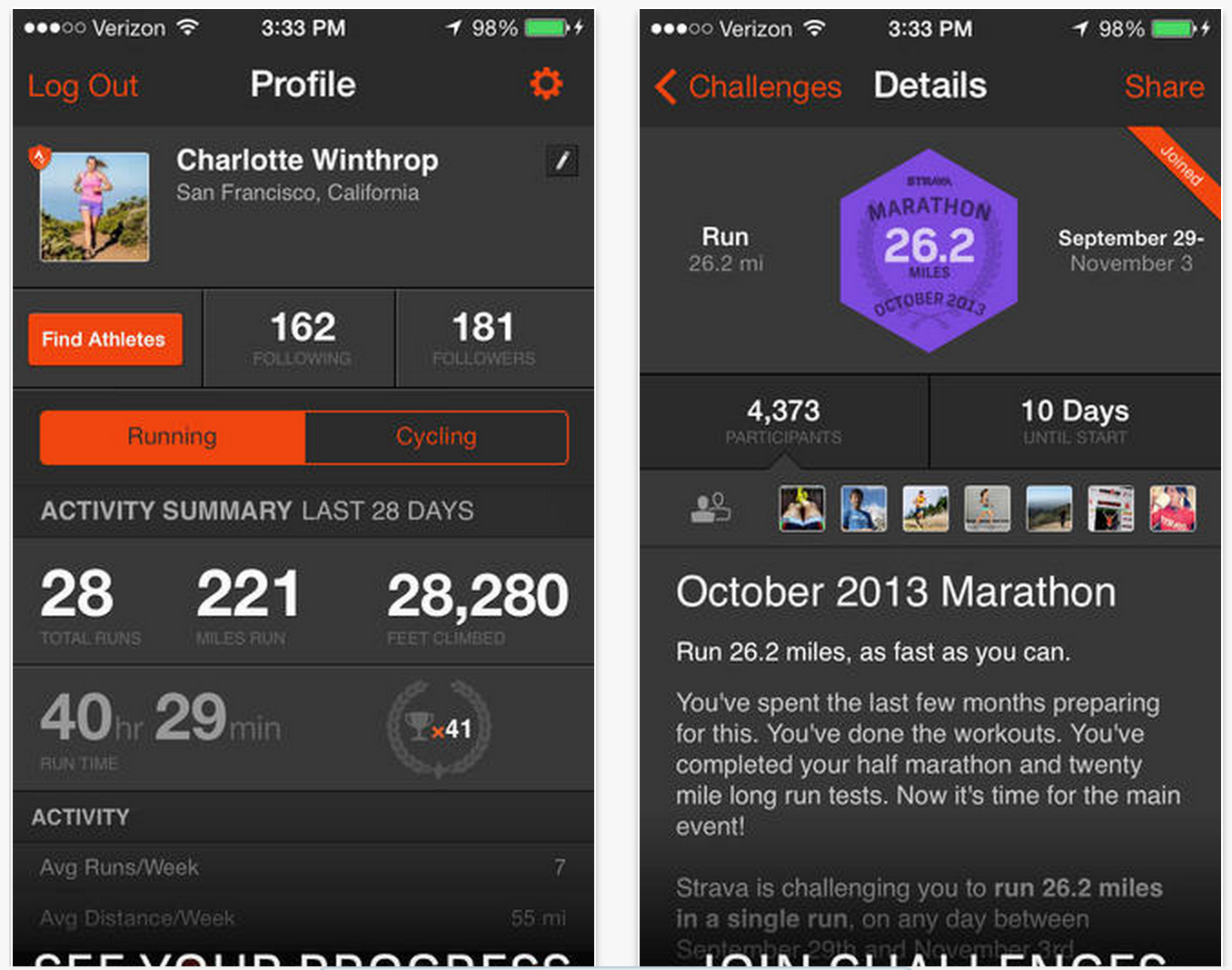 UPDATE: Strava Run is not the first app to take advantage of the M7. Read our post about Argus for the details.

Strava, maker of fitness tracking software, has been referred to as one of the top 10 most innovative companies in fitness right now. And tonight, it proves that again with a new update to its Strava Run app.

Version 3.5.3 of the app, which uses GPS to track your runs and bike rides, features a handful of notable improvements. But the most significant, though, is the addition of support for the new M7 coprocessor…

We’ve taken advantage of the M7 coprocessor in the iPhone 5S to make some big improvements for runners:
• Auto-pause: Get better accuracy in your pace and feedback. Your run will now automatically be paused when you stop moving.
• Run longer: Reduced battery consumption means you can spend more time on the roads and trails.

As noted by The Verge, this is the first app to take advantage of Apple’s new M7 ‘motion coprocessor’ found in the iPhone 5s. The chip continuously measures an iPhone’s accelerometer, compass, and gyroscope.

And the app uses it to automatically turn GPS tracking on or off whenever a user starts or stops running. Strava says this enables the app to better track a runner’s pace and consume less battery life in the process.

Of course, we’ll eventually see other apps that utilize the M7—I know Nike debuted one at the iPhone event that should be available shortly. But until then, you can find the Strata Run app in the App Store for free.