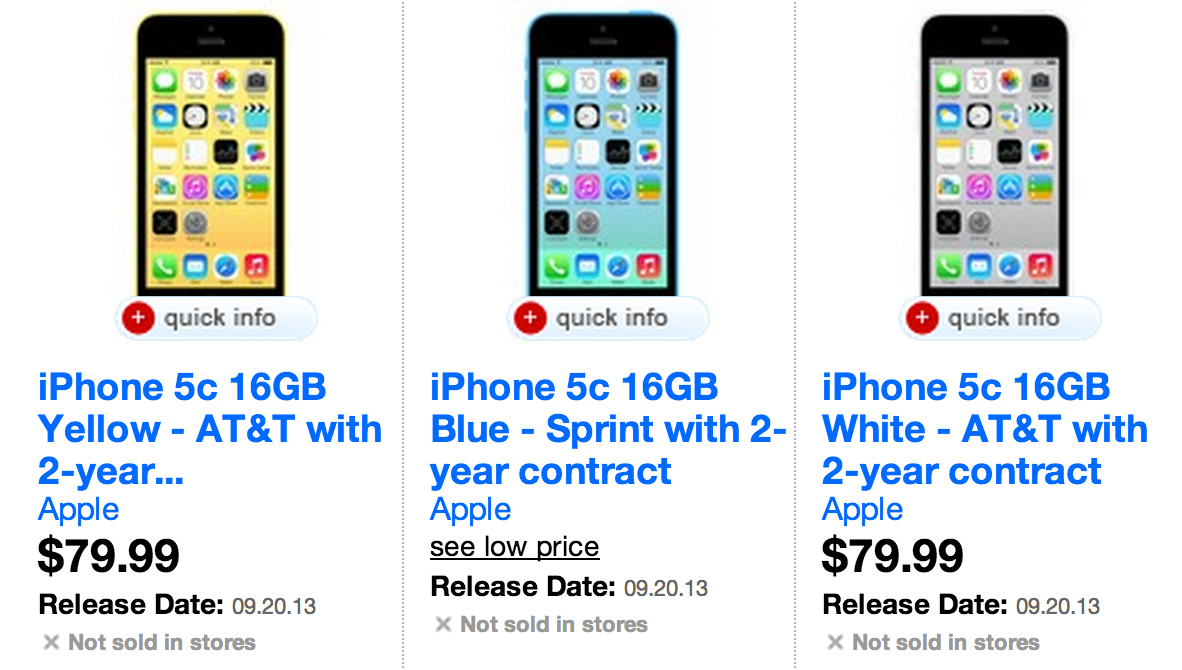 If you’re still in the market for an iPhone 5c, you might want to check out Target at some point tonight or tomorrow. The retailer is advertising that it will be offering the 16GB model of the handset for just $79.

Of course, that price comes with a two-year carrier contract. But it matches Walmart’s pricing, which is one of the lowest we’ve seen for the smartphone outside of Sprint’s $100 off promotion for new customers…

The iPhone 5c won’t be available at Target until tomorrow, but according to 9to5Mac, the retailer will begin taking pre-orders for it online today. It’ll also be carrying the 5s tomorrow, but it doesn’t appear to be discounted.

Speaking of the iPhone 5s, sales for the handset have gone live in a number of countries today. And it looks like initial reports of limited supplies were spot on. Many stores are already showing shipping dates of October.

But back to the 5c. There’s no word on how long Target will be offering the plastic iPhone for $79, so if you’re interested you’ll want to act fast. Also keep in mind that this is for the 16GB model only, the 32GB is still $199.

Both the iPhone 5c and iPhone 5s will be available at US retail stores starting at 8am tomorrow morning.