The bug, which was made public last week, affects users on both iOS and Mac and can be triggered through a few different surfaces: SMS, iMessage, the web, and network SSID. But jailbroken iOS users can protect themselves from it with this new tweak…

From the GlyphPatch Cydia description:

On Aug 29th, 2013, a DoS (Denial of Service) exploit targeting iOS / OS X was disclosed. This exploit is based on a vulnerability affecting iOS / OS X characters rendering engines: this tweak aims to patch that vulnerability in order to protect the user from this kind of attacks, since the exploit can be triggered through different surfaces (SMS, iMessage, web, network SSID).

Admittedly, some of this stuff goes over my head. But the developer behind the discovery has posted a detailed explanation of the bug: 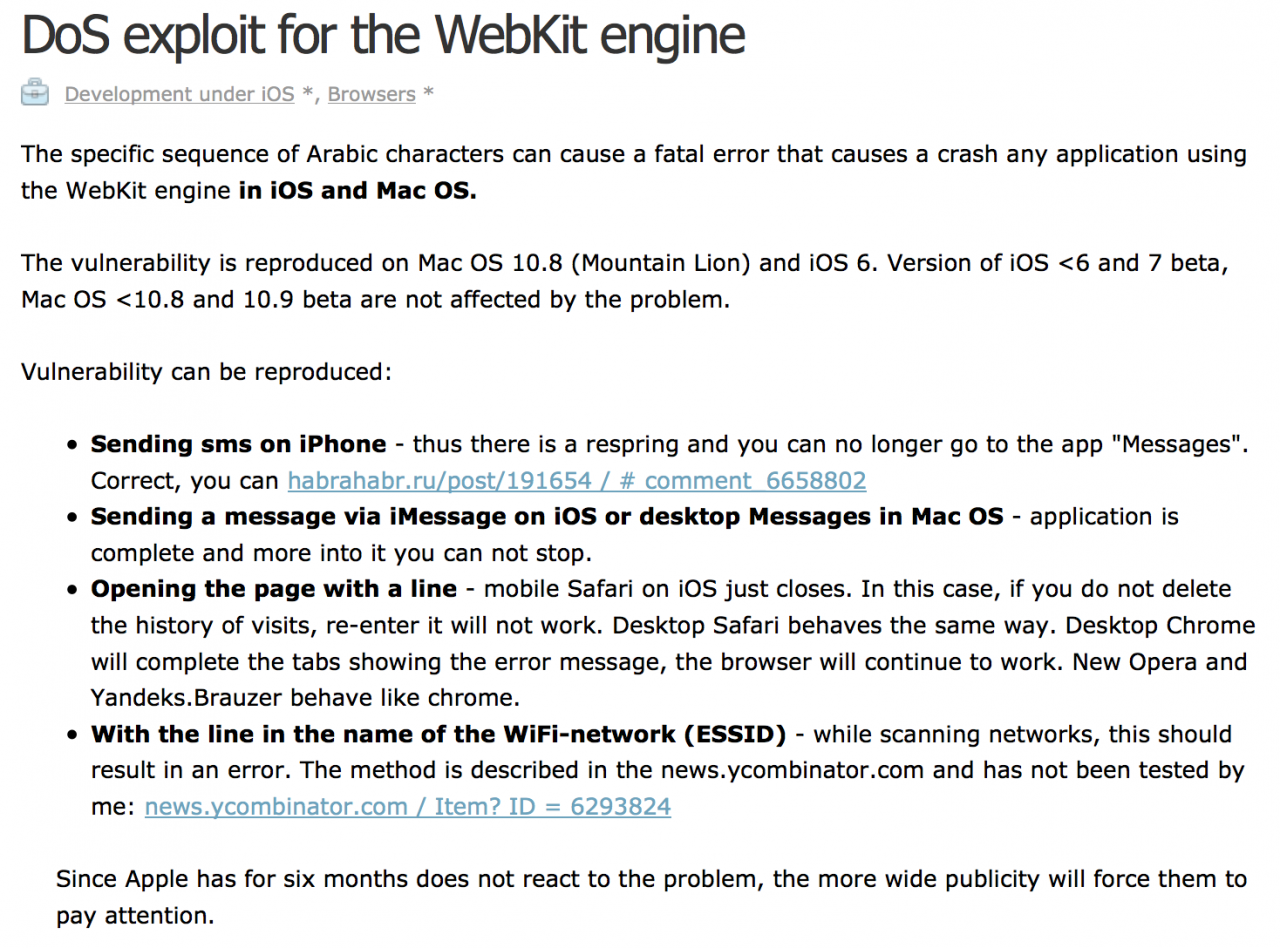 It doesn’t sound like the bug affects any other operating systems, or allows anyone else to access your device remotely because of it. It’s just annoying because it can cause your Messages/Safari apps to become unstable, and can stall SSID scanning attempts.

Either way, if you’re concerned about it, you can grab Filippo’s GlyphPatch tweak from Cydia. There’s no settings or options to configure—simply install it from the BigBoss repo and it will take effect. A Mac version of the tweak is in the works.