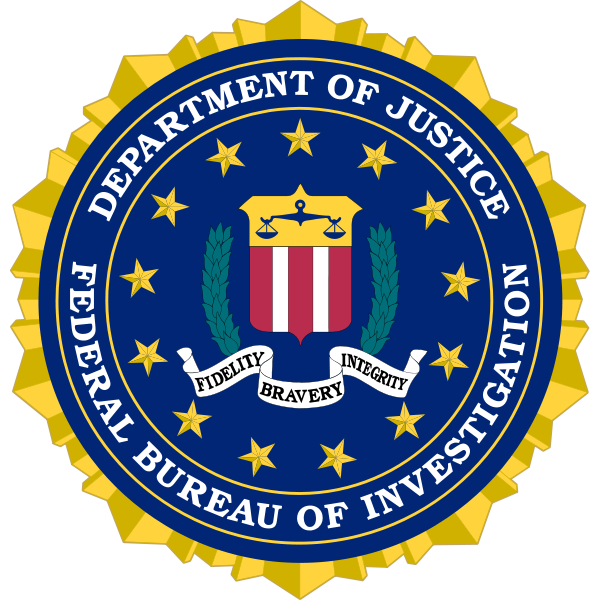 According to an unclassified government report, 44 percent of Android users continue to use older versions of the software, opening themselves to numerous security threats, including malware infestation and malicious text messages.

According to the report, obtained from a group promoting public access to government data, Android is the “primary target” of security attacks, with 79 percent of threats…

Although the document released by Public Intelligence does not mention how many police, security, and other first responders use Android, the U.S. government has opened up to both Android and iOS amid the shrinking presence of federal stalwarts such as BlackBerry and Symbian.

In the note, labeled “for official use only”, Android is described as the “primary target for malware attacks due to its market share and open source architecture.”

As an increasing number of government employees use mobile devices it is “more important than ever to keep mobile operating systems patched and up-to-date”.

The base of Android users is notorious about avoiding updates to the operating system. Although newer versions of the mobile software were released, more than 40 percent of Android users use 2.3.3. to 2.3.7, which contain security holes that were later detected and fixed, according to the report. 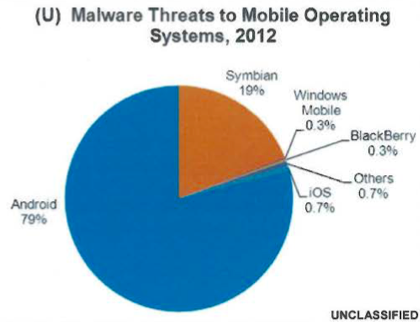 Such lack of general updating is reflected in the report’s finding that 79 percent – nearly eight of every ten security breaches – occurs on the Android mobile platform. By comparison, 19 percent of security flaws focus on Symbian, while iOS, BlackBerry and Windows Mobile attract less than one percent of attacks.

This isn’t the first time the FBI has sounded the warning about Android’s insecurity. In 2012, the agency warned Android users in general, of malware hitting Android phones.

The moral of the story: keep your smartphone up-to-date.

Of course, owning an iPhone is about the easiest way to keep the nasties away. With such damning statistics, it is a wonder the feds don’t just ban non-current Android handsets as security risks.